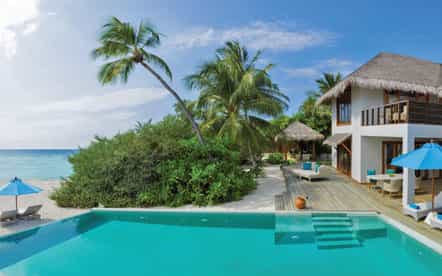 Operated by luxury travel magazine Condé Nast Traveler, which prints regional editions in Europe, USA, Asia and the Middle East, the annual Readers’ Choice Awards was established in 1987 and today is one of the most respected programmes recognising hospitality excellence. This year, more than 300,000 votes were cast online by international readers, resulting in a list of the world’s finest travel experiences.

Dedicated to readers in the Middle East, the Condé Nast Traveller Middle East Readers’ Choice Awards featured 21 categories this year. Voting opened earlier in the year and winners were officially announced at a gala dinner held on 14 November 2016 at the Park Hyatt Dubai, United Arab Emirates.

Located just 35 minutes by seaplane from the capital city, Malé, and 10 minutes by speedboat from Dharavandhoo Domestic Airport in Baa Atoll, Dusit Thani Maldives comprises 94 villas and residences, along with three restaurants, two bars, and Dusit’s signature Devarana Spa. The resort is surrounded by a rich house reef, white sandy beaches and a turquoise lagoon. A well-equipped Kids’ Club adds to the resort’s family friendly appeal.

“We are extremely proud to win this prestigious award which recognises the quality of the resort’s luxury accommodation and distinctive services,” said Mr Lim Boon Kwee, Chief Operating Officer of Dusit International, the Bangkok-based, global hospitality company which owns and operates Dusit Thani Maldives. “From our gracious, Thai-inspired hospitality, to our well-appointed rooms and esteemed dining experiences, we do everything we can to create memorable guest experiences. And we are delighted to know we are getting it right.”

The Condé Nast Traveller Middle East Readers’ Choice Award caps a successful year for the resort, which, amongst other accolades, also received the following: 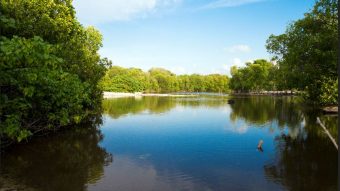 Picture perfect Maldives at its best can be seen by visiting some of the protected areas dotted across the country. Rising steadily throughout the years, the number of protected areas in the Maldives and their beauty has become a source of pride for Maldivians. The Maldivian government announced in December that it was declaring three […] 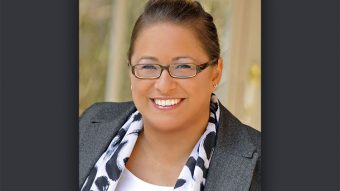 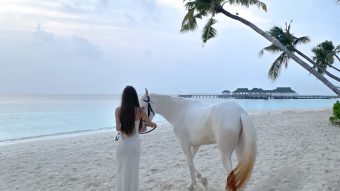 With the purpose of offering guests unique experiences in Maldives, Siyam World has launched a 15,000sqm ranch on the island in Noonu Atoll, home to four rare breed Indian horses. Following a comprehensive approval process by the Maldives Ministry of Fishery & Agriculture, the four newest members of the Siyam World family were welcomed into […]