Lufthansa to begin flights to Maldives in winter season

German national carrier Deutsche Lufthansa AG is due to launch twice-weekly flights to the Maldives in December 2015.

Lufthansa will introduce Frankfurt-Malé flights on Airbus A340 aircraft with three-class configuration in the winter season, reported TTG Asia on March 3.

“We are opening the route when it’s extremely cold in Europe and a lot of leisure visitors and honeymooners are looking to explore a high-end beach destination like the Maldives,” said Wolfgang Will, Lufthansa director for South Asia.

“Though the traffic we are expecting will be predominantly incoming to Maldives, this route will also cater to European hoteliers and the Maldivian government officials travelling to European destinations.

“The aircraft’s configuration will be suited for a touristic destination – we will have smaller business and premium economy classes but a huge economy class.”

The new route adds to the daily Vienna-Malé flights by Austrian Airlines, the group’s other airline, with the first flight scheduled for December 9, 2015.

The plans by Europe’s largest airline to introduce flights to the Maldives this year was first revealed at a ceremony at the Ibrahim Nasir International Airport (INIA) in January.

“Lufthansa airline is one of the top airlines in Europe. They have previously operated some charter flights to the Maldives, but this is the first time they will be starting scheduled flights,” Tourism Minister Ahmed Adeeb said at the ceremony.

In 2014, Germany was the second largest source market for the Maldivian tourism industry, with 98,328 arrivals.

Germany’s outbound travel market also grew by 4.2% last year compared to a marginal increase of 0.5% in 2013. 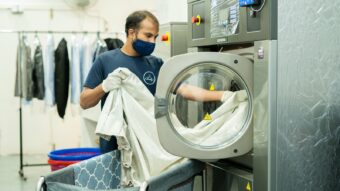 The Laundry to run COVID relief promotion until March 2021

The Laundry, the only professional commercial laundry service provider in the greater Male’ area offering dry/wet cleaning, pressing and stain removal services, is to run a COVID relief promotion from 20th December until 31st March 2021. With processes designed to meet ISO 9001:2015 guidelines, The Laundry has one outlet in Male’ (Alikilegefaanu Magu) and a […] 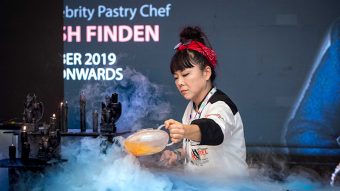 After a break of two years due to the COVID-19 pandemic, South Asia’s largest hospitality trade-show, Hotel Asia 2022, is returning for its 16th Edition. This year’s exhibition will be held in Dharubaaruge, in capital Male’ City, on October 10, 11 and 12, with the much awaited International Culinary Challenge scheduled to kick off one […] 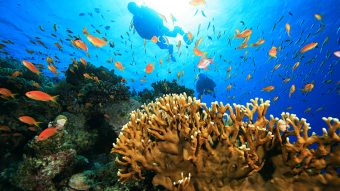 The International Union for the Conservation of Nature (IUCN) Maldives and the Maldives Marine Research Centre (MRC) are jointly calling for environment stakeholders in the country to contribute data towards a nationwide attempt to monitor the El Niño conditions that are currently arising, and the subsequent coral bleaching phenomenon that is being observed throughout the Maldives.