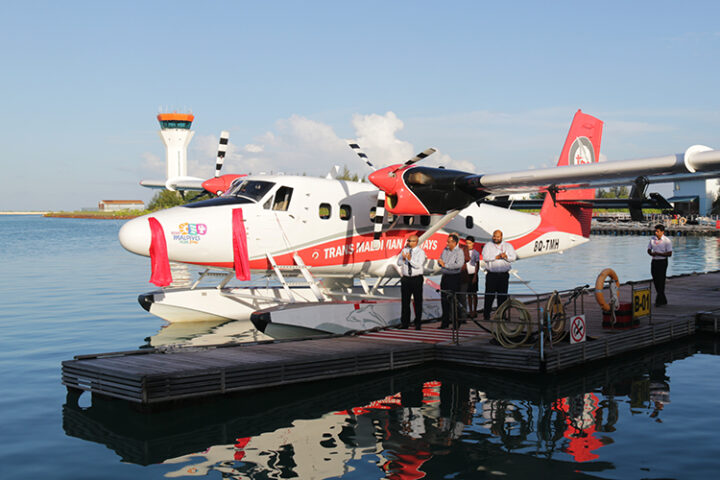 Maldives Marketing and Public Relations Corporation (MMPRC), together with Trans Maldivian Airways (TMA), has unveiled the Visit Maldives Year 2016 (VMY) logo on all TMA seaplanes. This campaign is part of the promotional campaign to break a new record by welcoming 1.5 million tourists to the country next year. In addition to this campaign, MMPRC will be unfolding a series of events throughout the year to help make 2016 a record-breaking year.

The ceremony was attended by key figures in TMA, directors and officials of MMPRC, and stakeholders of the Maldives Airports Company. Speaking at the ceremony, the Managing Director of MMPRC and chief guest of the ceremony Abdullah Ziyath said: “TMA has always been a very strategic partner for MMPRC, and this logo application means that next year’s Visit Maldives Year campaign will get much needed additional exposure. TMA catered to around 1 million passengers last year.”

“We hope to achieve many targets with this campaign, the most important being to increase the tourist arrivals from 1 million to 1.5 million tourists,” he continued, “and I believe that, together with TMA, we can reach this milestone.”

Richard B. Saldanha, Chairman of Trans Maldivian Airways, who also spoke at the ceremony, mentioned that the Maldives being the official partner of ITB fair 2016 was indeed a bold step, and that it will help the country attract more tourists in the coming year. He said: “We are always proud to partner with MMPRC, and we are very thankful for all the support we get from you.” In concluding his speech, he stated,” Let’s make 2016 a record year, and we, from our side will do everything we can to help you achieve that target.”

The ceremony concluded with the chief guest unveiling the logo on the aircraft and was followed by a refreshments and entertainment.

TMA recently marked 25 years of service and is the world’s leading seaplane operator. 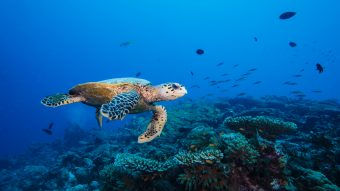 Six Senses Laamu celebrated World Turtle Day with the identification of 100 different Hawksbill turtles on the atoll’s reefs. The 100th Hawksbill turtle has now been placed on the resort’s marine database. Six Senses Laamu began compiling a database of turtle sightings from the dive and snorkel sites around the Laamu atoll, via a simple […] 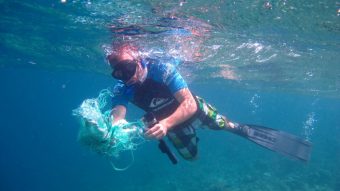 Coco Bodu Hithi resort has earned the prestigious Travelife Gold certification for its sustainability efforts. Travelife is an international certification system that promotes sustainability within the tourism industry by monitoring social and environmental impacts. “This achievement is celebrated by each and every associate on our team! Coco Bodu Hithi is the ideal retreat for the […] 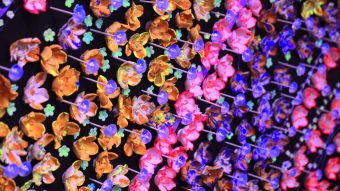 The Ritz-Carlton Maldives, Fari Islands is inviting guests to embark on a sensorial journey of edible art with international culinary artist, Chef Janice Wong this October. From the 3rd of October to the 6th, Chef Janice will be unveiling her world-renowned edible art installation inspired by the resort’s ‘Defining Moment’ sunset ritual that includes a […]