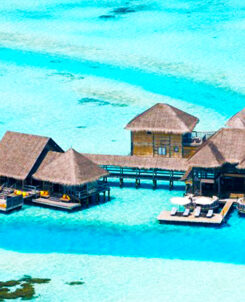 TripAdvisor, the world’s largest travel website, announced the winners of the 13th annual awards on Wednesday, January 21. According to TripAdvisor, the winners were selected based on millions of traveller reviews, opinions and ratings. Gili Lankanfushi was also named the best hotel in Asia. “TripAdvisor’s community of millions of travelers have helped us highlight some of the very best hotels from around the world,” said Barbara Messing, chief marketing officer for TripAdvisor.

The Nautilus Maldives to ‘Celebrate Togetherness’ this Festive Season