On an international scale, a report by the UN World Tourism Organisation (UNWTO) foresees 35 million tourists from the Middle East travelling to foreign destinations by the year 2020. This is a recognition worthy number to take a second look at, as the Middle East is increasingly becoming one of the best markets to tap into, worldwide, in the tourism industry.

The travellers from the six countries which represent the Gulf Cooperation Council (GCC); namely, Oman, Bahrain, Kuwait, Qatar, Saudi Arabia and the United Arab Emirates (UAE), is increasingly likely to travel more, adding to their travel expenditure power. An estimate of US$140 billion is projected towards the end of the year 2025 as per Statista—a data analysis company. This group is accessed by UNWTO as making up 60 per cent of the outbound travel market in the particular sector. Tech-savvy travellers use their smartphones as a digital concierge to plan their travel itineraries with 56 per cent of the GCC attributing to this, as per the Amadeus report.

The present-day Middle Eastern travellers are reputed to travel more due to increased connectivity amongst foreign countries, exploring breezy climates as well as to dwell in nature whilst enjoying the history of their preferred travel destination. With the increasing working population with extra spending power, the Middle Eastern outbound travel market has increased considerably. The latest forecast by the World Travel and Tourism Council (WTTC) estimates that by the year 2025, tourism is likely to create more than 400,000 jobs in UAE alone; such an increase in jobs, making it a further favourable economy, where more Emiratis are ready to travel overseas.

Female Middle Eastern millennials are especially seen to flock to top-notch tourist destinations with their families by their sides; trends show their increasing preference to travel in groups. The Maldives ticks all the boxes as a trendy destination to visit by Middle Easterners and the extra access of inbound flights to the popular holiday spot has further secured increased Mideast travellers to the country.

The latest reports from the Ministry of Tourism show that the Maldives saw a significant increase of Middle Eastern travellers by 19.7 per cent within the first half of 2019 in comparison to that of the year earlier. The numbers were 27,679 from January to June 2019 respectively whilst it was 23,130 in the same period of 2018.

“We are very pleased to see a notable increase in the number of the Middle East and worldwide arrivals to the Maldives,” said Thoyyib Mohamed, Managing Director of the Ministry of Tourism. “Efforts from the industry stakeholders combined with unparalleled service, luxury and levels of hospitality and privacy that Maldivian resorts offer, will spill over in the remaining months of 2019 and 2020 as well and ring in unprecedented arrival numbers for the Maldives from the Middle East market. We look forward to welcoming even more tourists from the Middle East to our shores.”

Connectivity between the Maldives and the Middle East will be boosted following Gulf Air decision to add the Maldives as its newest destination. Emirates began to offer its flight services regularly with its current Boeing 777-300 ER aircraft equipped with its Game Changer First Class Suites. Etihad Airways is said to operate a Boeing 787 Dreamliner on its regular morning flight to the capital from October 27 to April 30, 2020. The national airline carrier of Bahrain, Gulf Air, is additionally set to operate its newest flight to the Maldives starting in late October. “We are proud of this fantastic milestone as we continue with our brand promise in expanding our fleet along with our network,” said Krešimir Kucko, CEO of Gulf Air.

The ease of connectivity, with the participation in travel trade fairs such as the Arabian Travel Market (ATM), is likely to be the major contributors to the increase in Middle Eastern travellers to the Maldives. ATM is one of the largest trade fairs participated by the Maldives with attendance of 133 representatives of 66 companies from the tourism industry of the Maldives.

The popularity of the Maldives worldwide as an ideal luxurious destination for solo travellers, couples or families, with the latter being particularly attractive for the Middle Eastern market, is apparent in the flourishing number of arrivals from this highly recognised market. This region holds much potential for the Maldives with a significant growth surge as observed with that of last years. 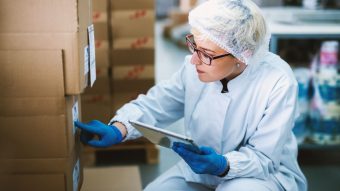 With globe-trotters chasing their wanderlust dreams visiting hundreds of destinations, the number of tourists travelling around the world has increased tremendously within the past decade making the Maldives no exception. However, with the increase of awareness among travellers, they have become highly conscious regarding their health, safety and surrounding environment before they choose a destination.  […] 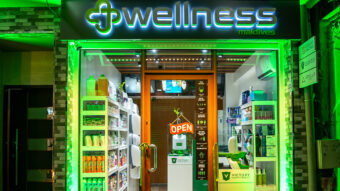 Reinvent Maldives Pvt Ltd has opened a small showroom in Male’ displaying a range of certified cleaning products, protective gear and lifestyle products as well as a range of agricultural products including seeds, organic fertilizers and pesticide. The outlet also displays a range of COVID-19 disinfection equipment and related products.  Reinvent is also the exclusive […] 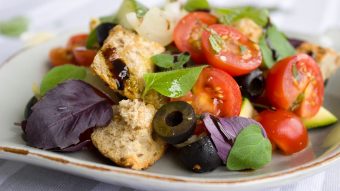 According to GlobalData, a leading data and analytics company, Veganism’s impact on tourism space is growing. Vegan-friendly tours, excursions and digital travel apps are emerging as another tool for travel companies to attract environmentally focused individuals. As companies across the travel and tourism spectrum look to recover from the harmful impact of COVID-19, they see […]