A press release by the UNWTO reveals that tourist arrivals grew by 4.4 per cent in 2015 to reach a total of 1,184,000 tourist arrivals worldwide that year. It states that some 50 million more tourists travelled to international destinations around the world compared to 2014. This improvement in tourism worldwide marks the 6th consecutive year of above-average growth with tourism growing at a rate of 4 per cent more every year since the post-crisis year of 2010.

According to Taleb Rifai, secretary-general of UNTWO, the improvement in tourism around the world is contributing to economic growth and creating new job opportunities worldwide. He states that it is important for countries and governments to promote policies that foster the continued growth of tourism such as improved travel facilitation and human resources development and sustainability.

Demand was strong all over the world, although with mixed results across different countries due to the variations in exchange rate, low oil prices and other factors which increased disposable income in importing countries but weakened demand for the exporters, and increased safety and security concerns.

By region, Europe, the Americas , Asia and the Pacific all record 5 per cent growth in 2015. Arrivals in the Middle East increased by 3 per cent while in Africa where there was a limited data available there seems to a decrease in tourist arrival by a margin of 3 per cent. This is mostly due to the weak results in North Africa which accounts for over one third of arrivals in the region.

Europe led the highest growth in 2015 in absolute and relative terms supported by a weaker euro in relation to the US dollar and other main currencies. Tourist arrivals reached 609 million which is 29 million more arrivals than in 2014. Asia and the Pacific recorded 13 million more international tourist arrivals in 2015 to reach a total of 207 million with different results across destinations. South-East Asia led a 5 per cent growth followed by South and North-East Asia which recorded a 4 per cent increase. International tourist arrivals in North and South Americas grew 9 million to reach a total of 191 million consolidating the strong results of 2014.

The appreciation of the US dollar stimulated outbound travel from the United States which benefited the Caribbean and the Central America, both recording 7 per cent growth. While the tourist arrival in the Middle East grew by an estimated 3 per cent to a total of 54 million, the international tourist arrival for Africa decreased 3 per cent reaching a total of 53 million. However, the leading markets of 2015 – China, United States and the United Kingdom – led an outbound travel growth in 2015.  China with double-digit growth in expenditure every year since 2004, continues to lead global outbound travel, benefitting Asian destinations as well United States and various European destinations. Markets of the Russian Federation and Brazil declined significantly, reflecting the economic constraints in both countries and the depreciation of the rouble and the real against virtually all other currencies. 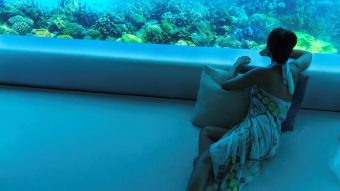 A-list skincare expert Teresa Tarmey takes residency at the world’s only underwater spa at Huvafen Fushi Maldives. Guests will have access to Tarmey’s celebrated facials in the luxurious Huvafen Spa treatment rooms situated in the lagoon, eight metres deep in the Indian Ocean starting this December. Guests will have the opportunity to experience the power […] 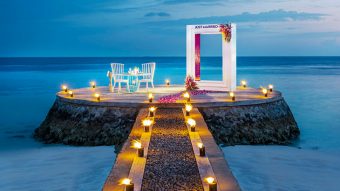 W Retreat & Spa Maldives has announced the launch of ‘WED YOUR WAY’, a one-of-a-kind comprehensive wedding experience that encompasses the brand’s signature style, sophistication, dynamic decadence and fun for everyone. 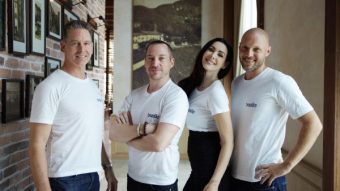