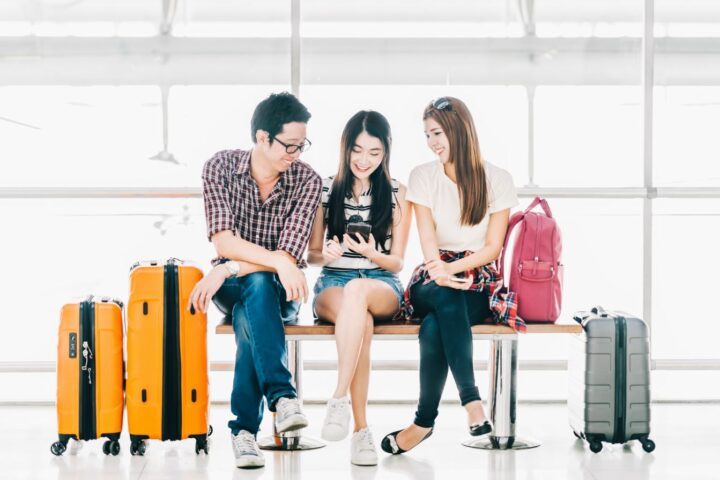 10 Tips to attract Chinese travellers and tourists with your hotel

Editor’s Note: The following article was first published on www.xotels.com Reproduced here with the kind permission of the author.

With around US$300 billion spent every year overseas, the Chinese market is incredibly tempting for hotels, but it’s probably the hardest one to penetrate as well. We are always looking to develop our revenue management and distribution strategies for new opportunities. Talking with some of the experts in the market we have put together a top 10 list of tips and best practices to make your hotel ‘Chinese-friendly’ and attract this massively growing market segment.

So, if you don’t know where to start with the “Land of the Dragon”, forget about noodles, dumplings or martial arts B-movies and follow this short guide to turn your hotel into the ultimate Chinese-friendly experience!

Statistically, the average Chinese travellers stay is pretty short (according to a recent Ctrip study, most package-tour travellers visit over three countries in 10 days), they prefer to move in groups and avoid the DIY approach. This is because of several reasons: usually Chinese do not speak fluent English, so traveling in groups is reassuring, moreover, agencies take care of pretty much every aspect of the travel, including getting visas (only 7% of the population actually possesses a passport and getting a visa is usually a pain in the butt, if you pardon my French). Chinese travellers have a clear preference for beaten-track destinations with known landmarks.

Tip #1: Speak to your tour series and group bookers and find out if they have Chinese clients. You could use this group market to quote ‘opaque rates’ to create base occupancy. Of course, highlight the space you have for busses or minibuses to drop-off and pick-up guests.

The year of the cat, nope, the dog

Equally important is to recognise the religious, cultural and political differences. For example, is not unusual for Chinese to have only one or two weeks of annual holidays. Unthinkable, for us, lazy Europeans! Nevertheless, last year over six million of Chinese travellers spent the Lunar New Year Holiday week (late January to early February) overseas, a period that is usually considered low-season in Europe and can be, therefore, exploited!

You should learn what the Chinese travellers expect from hotels when abroad: paying for Wi-Fi, for example, is unimaginable and, even though they do not expect your staff to speak fluent Mandarin, it will certainly improve their experience.

Comb, toothbrush, and slippers in a room are expected, just like kettles to make (huge quantities of) tea. When managing a complaint with a Chinese guest, staff should be indirect, diplomatic and avoid confrontation at all cost: the worst offence you can do to a Chinese is to lose your temper, as hiding emotion seems to be the national sport over there.

As bad as it may sound, hotel staff (and staff in general) is considered as servants by Chinese, therefore more delicate issues should be managed by General Managers directly. Never turn your back on a Chinese guest and don’t forget to smile like until your mouth aches when talking to them. Do not offer preferential treatment to women and, in the rare case a Chinese offers you his business card, treat it as the Holy Grail and grab it with two hands.

Tip #3: Something that is normal in western cultures is offensive to Chinese. Do your homework! Having Chinese speaker staff is a very effective, yet, not always possible for small properties. Try adding some Chinese TV programmes and a few typical dishes on your menu! And how about partnering with a local Chinese speaking tour-guide …

The devil is in the details

So, you got it: NEVER put a Chinese guest on the 4th floor. Looking for a complaint (or an ancient Chinese curse?): assign the room 444… But, hey, the good news is that the numbers 8 and 9 are considered very lucky.

I pay with my little phone

A friend of mine from Shanghai once told me that “I can live pretty well by having only Alipay or WeChat on my mobile.” This can sound like a radical statement, but it is incredible how quickly the country managed to move its payments from cash to digital, almost skipping the credit card phase tout-court.

According to a recent Nielsen survey, when abroad Chinese travellers “subconsciously take out their phones, only to realise later that the merchant does not support mobile payments.”

Tip #5: Accept Alipay and WeChat as methods of payment! Don’t forget to mention it on your website

Even though there is a timid, new trend of tech-savvy Chinese travellers using western online platforms such as Google (via VPN, of course) remember that over six million websites are blocked in mainland China.

Tip #6: According to Dragon Tail, over 70% of Chinese travellers use social media as the main channel to organize their trip. Did you know that WeChat has more users than Instagram? Create a WeChat account (possibly a service one) now!

Forget about booking.com and Google

OTAs are different from ours in China (oh, yeah, that’s surprising…): even though Booking.com and Agoda are available, Ctrip, Qunar, and Alitrip are way more popular. TripAdvisor has its own Chinese language version (DaoDao), but it is way less used than Qyer or Mafengwo.

Same with search engines: political pressures have negatively influenced the expansion of Google, so the majority of hotel searches start in Baidu (700 million users). On top of that, the algorithms developed to organise search results in Indo-European languages are not effective for different alphabet and syntax.

Tip #7: Connect with Chinese OTAs, at least with Ctrip (over 50% of market share and 160 million app downloads) and do not waste money advertising on Google, but try some Baidu ads!

Paper is dead, but not entirely

Did you know? One of the most popular travel search queries in China is “name of city + travel guide”. As anachronistic as it may sound, being listed on a few guides is not such a bad idea.

Tip #8: list your hotel on a few Chinese travel guides to increase your brand awareness

Loading times for websites not hosted in China can be incredibly high. But, in order to host your website over there, you should register a Chinese business… And it’s bloody expensive.

Tip #9: If you cannot host your website in China, choose Hong Kong: it’s slightly easier and load time will be good enough for Chinese web users

The cultural background heavily influences Chinese aesthetic canons as well. Try to compare TripAdvisor with its Asian equivalent Daodao: the profound aesthetic web design differences are striking. Advertising in China is not that simple, either. Baidu, for example, is way more restrictive on advertisements than Western search engines and it requires the approval of your account before you can start bidding.

Tip #10: Create a dedicated website version for Chinese users and make sure to follow Baidu guidelines for advertising!

China is a complicated market, especially for the cultural and political differences that divide us. If you want to attract the Chinese traveller to your hotel, you will have to learn about their habits and preferences. Adapting to their needs and expectations is fundamental to success.

So, in order to penetrate this segment, enhance your hotel management strategy and start following these ten takeaways. Otherwise, they will simply pick another hotel that does …

When travelling, Chinese prefer to spend more on shopping than accommodation. Yes, like to all Asians, shopping is a must. They spend a lot on buying European brands …

Tip #11: Add shopping info on your website. A route of department-stores or luxury brand boutiques will be very effective. Also, include details about the closest outlet shopping village. Shopping package could also work well, even think about partnering with a local Chinese private shopping concierge/guide.Patrick Landman is the CEO of Xotels, a game-changing hotel management company, since 2006. With their proven methodology in hospitality strategies and operations, they have built up a portfolio of over 75 properties, including boutique hotels, modern budget hotels and resorts. They turn around hotel performance by breaking with the status quo. If you need help with your hotel, they provide hotel management/owner representation services and revenue management consulting. Visit xotels.com for more information. 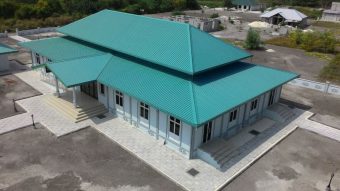 With a vision to improve the common citizen’s quality of life, the Ali Fulhu Thuthu Foundation came into existence in November 2000. Aiming to provide equal opportunities for every Maldivian, this family venture was initiated in honour of the late Moosa Ali, otherwise known as Ali Fulhu Thuthu. During the time of formulation, the foundation’s […] 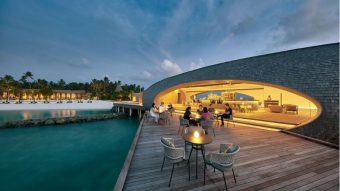 The St. Regis Vommuli and Whale Bar shortlisted for World Interior of the Year award

The St. Regis Maldives Vommuli has been shortlisted amongst 78 projects contending for the World Interior of the Year 2017 award. The St. Regis Vommuli, located in the southern Dhaalu Atoll, was nominated for the award in two categories; the resort competing in the Hotels category, while the Whale Bar was nominated separately in the […] 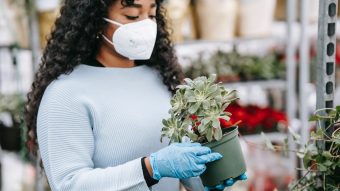 Pandemic and ‘The New Normal’

The onslaught of Covid-19 has had a devastating effect on businesses around the world, affecting all sectors to some extent. No one and nowhere has been spared. The pandemic has reached all corners of the globe and united people in a collective fight against an unknown enemy. Social media and the ever-increasing web of rumour, […]