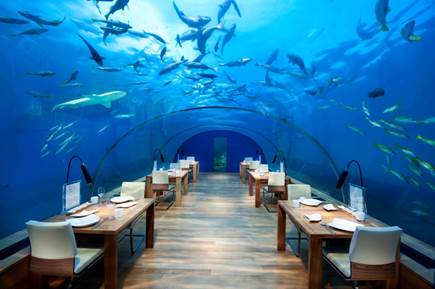 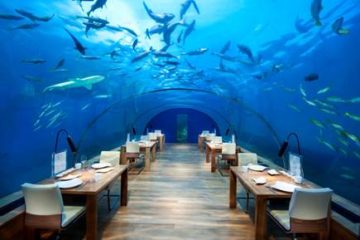 The iconic restaurant will host a Château Margaux sommelier dinner on April 15 to coincide with Ithaa’s opening ten years ago, Conrad Hotels and Resorts revealed in a press release on February 17.

“Ithaa sets the trend for dining in the Maldives, being the first to understand and truly demonstrate that a remote location needn’t prohibit fine dining and good wines,” said Kamal Malik, head sommelier.

“It’s the obligatory choice for the gourmet traveller and has the most passionate, extensive and exclusive wine programme with more than 1,400+ labels and up to 20,000 bottles on the island. The Château Margaux sommelier dinner will add something extra special.”

The wine estate of Château Margaux dates back to the 17th Century, Conrad explained, noting that a bottle of 1787 Chateau Margaux was sold for $225,000, making it one of the world’s most expensive wines.

April’s event would mark the first time Château Margaux have been invited to host at Conrad Maldives.

More recently, a Dom Pérignonverticals dinner was hosted to mark the 10th year sinking of Ithaa in November 2014.

Ithaa (meaning ‘mother of pearl’ in Dhivehi) was sunk five meters under the waves of the Indian Ocean a decade ago and has since been recognised consistently as the most beautiful restaurant in the world.

The local tourism magnate enlisted Mike Murphy of M J Murphy Ltd in New Zealand to make his vision a reality. At a cost of US$5 million, Ithaa’s construction involved sinking 85 tonnes of sand ballast in sandbags into the ocean bed of Rangali’s lagoon.

Ithaa’s curved acrylic walls offer a spectacular 180-degree panoramic view of a coral garden inhabited by rich and vibrant marine life. The restaurant serves European cuisine in a six-course set dinner menu, including indulgences such as caviar, while the four-course lunch menu offers lighter fare. Also open for mid-morning cocktails, Ithaa can be booked privately for breakfast, weddings or other special occasions.

Guests at the resort can enjoy the quintessential Maldivian hideaway on tiny Rangali Island while also having access to the facilities of the larger and livelier main island, linked to it by a 500m bridge.

Conrad Maldives also boasts an over-water destination spa that operates as a resort-within-a-resort as well as 12 restaurants and bars. The resort offers an extensive range of excursions, diving, snorkeling, and water-sports options.

Conrad Hotels and Resorts is a global luxury brand consisting of 24 properties across five continents and is part of Hilton Worldwide, a leading global hospitality company. 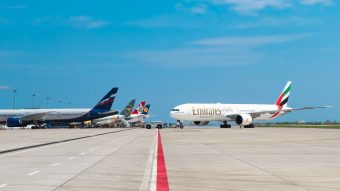 Airlines from the Middle East Lead in Tourist Arrivals to Maldives

Six international airlines are currently operating from the Middle East to Velana International Airport (VIA), out of which Emirates and Qatar Airways top the list with more than 100,000 passengers each since reopening the country’s borders in July 2020. According to the latest updates on 4 August 2021, Emirates and Qatar Airways are the leading […] 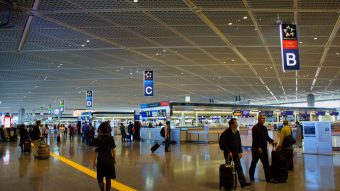 International tourist arrivals grew by 5 per cent between January and April 2016, according to statistics from the latest UN World Tourism Organisation’s (UNWTO) global barometer. Destinations worldwide welcomed 348 million international tourists (overnight visitors) during the first four months of 2016, up 5.3 percent from the same period last year. “Results show a strong […] 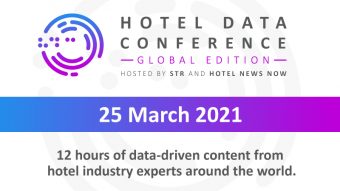 Hotelier Maldives is set to be a media partner for the upcoming Hotel Data Conference: Global Edition. The event is hosted by STR and Hotel News Now.  The event has been a popular gathering for the last 12 years in the US, and this year the event is extended as an online global edition with […]