During his visit, Shameel engaged in various activities in collaboration with the resort staff, locals and the resorts in-house children to further increase knowledge on the various aspect of turtles and turtle conservation. He led guest excursions which also included an introductory briefing on turtle biology, ecology, threats and conservation of turtles, with a special emphasis on the work of ORP.

He was also involved in the rescue of a juvenile Olive Ridley turtle from a ghost net, with the assistance of staff and management of Milaidhoo Island Resort. The turtle had suffered injuries to its flippers and was safely transported to the Turtle Rescue Centre at Coco Palm Dhuni Kolhu for treatment, said TSMIC.

The programme also saw the hatching of a green sea turtle nest, of which a remarkable 111 juvenile turtles were hatched. This to be a once in a lifetime experience for many of the guests and a first for Shameel as well, TSMIC added. According to the operator, a sum of over US$1,000 has been raised for ORP through TSMICs donation scheme.

The Olive Ridley Projects works to protect and preserve the Indian Ocean from ghost nets by actively removing discarded fishing nets, rescuing and nursing entangle turtles back to health; educating local and scientific communities about the issue; identifying the origins of the ghost nets and target these location to change their fishing techniques; and promoting end of life recycling of fishing nets. 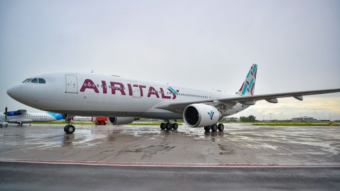 Air Italy — second-largest airline in Italy, arrived in the Maldives today, October 30 2019. The first flight to the Maldives under the 2019/20 winter schedule of Air Italy landed at the Velana International Airport Maldives. At the ceremony held to grace the occasion, at Maamehi Executive Lounge; a message by the Italian Ambassador was […] 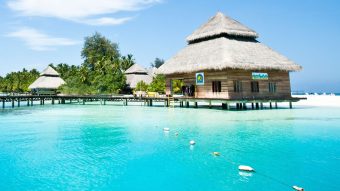 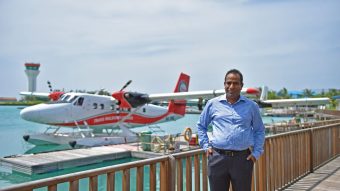 99% water and 1% land is how we often describe the Maldives; not only to ourselves but also to visiting tourists. Stories of long voyages on sea by sail, sometimes drifting to far away lands by the wind and current, are the stuff of folklore. Then came George Corbin and decided Kurumba was paradise; which […]