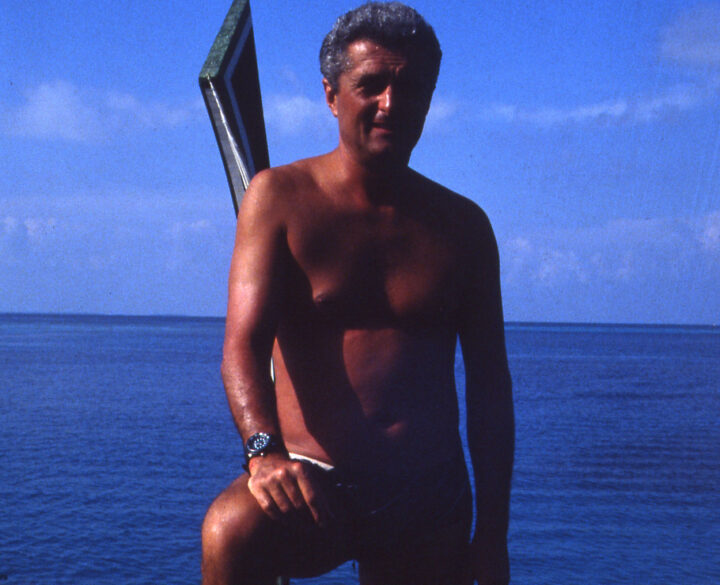 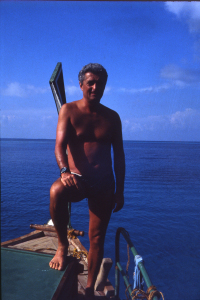 In the early 1970s the Maldives opened its borders to tourists. Uninhabited islands were converted to tourist resorts, and along with this began the Maldivian Liveaboard industry. At first, tourists staying at the resorts were taken out to the sea for activities such as diving, surfing, fishing, snorkelling and cruising on small fishing boats. However, due to the increasing demand and tourist interest for such activities, soon fishing boats were being converted to Liveaboards by installing thatched roofed shelters on them for the tourists to rest and sleep in. Beginning from the eighties, simultaneously boats were also being built solely as Liveaboard vessels.

Giorgio Rosi Bellière from Florence in Italy arrived in the Maldives for the first time in 1983. By then the liveaboards that were previously running on sails were now running on engines. It was the Italian diving pioneer, Raimondo Bucher, the Italian Custeau, who convinced Rosi to come with him to the Maldives. Rosi who back then had recently recovered from decompression sickness caused by a scuba diving incident, cruised on the boat “Ambara” and scuba dived in the Maldives with his friends. The beauty of the country instantaneously captivated Rosi and he describes his earliest impression of the Maldives by saying that “it was like a thousand paintings done by many artists”.

According to Rosi, the Liveaboards back then were small and uncomfortable. “They were very small boats with only one big cabin and six or eight bunk beds, a small toilet, a small engine, a very noisy generator, a very small fridge, and plenty of cockroaches,” he says. Although he found his stay on these boats very uncomfortable, he fell in love with this country, and kept coming back. He cruised, dived and explored, since for him the country, the landscape, the sea, the people and the underwater scenery were so beautiful and full of fish.’

In November 1987, along with his friend Bucher, Rosi did the first experimental cruise on the boat “Feeni”, and also made a video promotion of the Maldives. However on the same trip he found the boat “Niru”, which according to him was smaller but better. This was the first boat that Rosi rented and operated. His second boat was “Bodumohoraa” named after the island of the same name in Vaavu Atoll, an island he describes as the most  beautiful island in the Maldives after visiting over 500 islands.

The liveaboards nowadays are built by using imported wood and to an extent fibre is also used. But back then they were built from local wood. And they were not constructed using plans or drawings. Instead, a head carpenter would give out the instructions and measurements to the other carpenters. Around 8 carpenters were usually involved in the process and it took roughly 8 to 12 months to build one boat. The island of Velidhoo in Noonu Atoll used to be one of the most famous islands for boat building and this was where Rosi found his third boat “Keema”.

According to Rosi, the best boat that he rented back then was the fourth boat, “Madivaru 3”. “It was very solid, made out of teak wood, it was beautiful and managed in a proper way”, says Rosi. He says that the Maldivian owner, Mr Ali Ahmed was very reliable, and that the deal was done by a handshake where else for all the other boats contracts were made.

During the time at which Rosi first started visiting the Maldives, modernity has not yet seeped into the country and encountering foreigners was relatively new to the Maldivian people in the islands but not in Male. Since most of the supplies for the cruising and diving trips were unavailable in the Maldives, Rosi not only brought in tourists,

he had to bring in the necessary supplies for the entire season that extended from February to April. “Here nothing was available. So we had to import pasta, olive oil, Parmesan cheese, coffee and medicine, on top of the diving equipment. So the organization was quite complicated. Also because there were no telephones and there were just radios, between the diving dhoni and the boat, it was always difficult to communicate,” says Rosi.

The liveaboard industry of the Maldives that began by the use of simple fishing boats has now flourished into an industry that caters to the world’s luxury market, and Rosi is one of the persons at the root of this change. Since the boats that Rosi had to use were small and uncomfortable, and since there were no boats of good quality being used at that time as liveaboard dive cruises, he decided to provide a much more comfortable experience to his customers. He soon found a Maldivian partner to build a boat that was of a better standard and he started providing a service that was much more suited for his demanding Italian customers.

With this move of making better boats, Rosi’s promotional activities that initially focused on Italy was expanded to include countries from all over the world. According to Rosi, “It was by chance that I came here to the Maldives. And by chance I decided to be on a boat and do this. Now you can see many boats. Everything started because I did it and I promoted it, not only in Italy, I went to France, I went to Germany, I went to Russia and Singapore” and USA. “When I went to the USA, nobody had heard of the Maldives…. also I was the first to go to Russia and Singapore to promote Maldives as a beautiful liveaboard destination.

Rosi who is now 71 years old, has operated liveaboards in the Maldives and promoted them around the world for more than twenty five years. “We started in February 1988 and have been doing that until today with different boats”, says Rosi. According to him, currently he has 3 to 4 boats operating in the country. Rosi has also successfully managed to fulfil his initial desire of repeatedly coming back to the Maldives. “This is my 100th visit here”, he said  proudly. 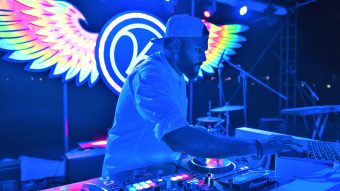 DJing is a way of life for DJ Akram who grew up in the Maldives. He is renowned at Kandima for spinning the decks. Hotelier Maldives caught up with him to find out more about what it is like to be a DJ. HM: Tell me about your background. Where did you grow up? DJA: […] 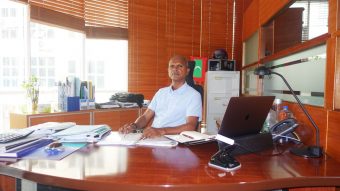 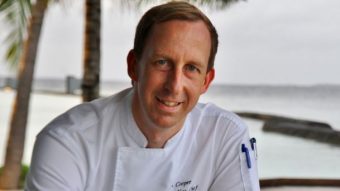