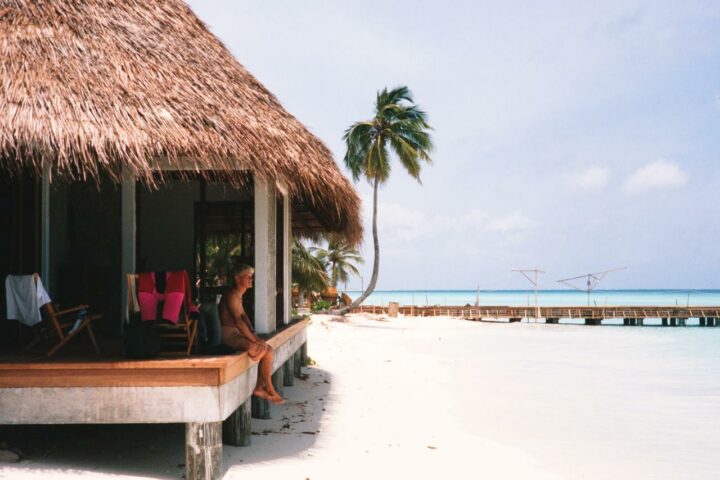 Lars Petre and the story behind the islands in Lhaviyani Atoll

Lars Petre was on holiday in Sri Lanka when he came to know about the Maldives and decided to make a visit. He did not know anyone in the country then. All this would change and three decades later found himself a shareholder of one of the most dynamic hotel investment groups in the country.

Lars was working for a Scandinavian tour operator when he first visited the Maldives as a tourist in 1985. He didn’t have any plans to stay in the Maldives after his holiday. He thought the islands in Maldives were really amazing, the most beautiful he had seen. And in 1986 the company he was working for began sending tourists to the Maldives. The first contract was with Olhuveli in South Malé Atoll to fill 10 beds.Before the first tourists arrived, the company that was operating Olhuveli was sold to Dhirham Travels. And one of the partners in Dhirham was Hussain Afeef (Champa) and they quickly became friends and since then has been involved in several projects together with Afeef and his brother Mohamed Moosa (Uchu).  The most recent is Hurawalhi Island Resort with a spectacular undersea restaurant and Kudadoo Private Island.In the 1980s Lars and Afeef collaborated to develop the charter market from Scandinavia. Charter flights were organised from Sweden, Norway, Denmark and Finland. The demand grew and there was a need to develop more beds.

When Lars first came to the island in 1987 it was a camping site for mainly divers with 15 small huts with thatched walls, roofs and sand floors. In 1988 Crown Company built 150 bungalows and the island opened for visitors in December that year; within six months of beginning construction.  Lars helped with finding finance to complete the project and to fill the beds after it was open.Kuredu was the first resort that was developed in Lhaviyani Atoll and many were sceptical that a resort could be successfully operated so far away from Malé. In 1992 Lars moved to Sri Lanka overseeing the projects in the Maldives and also consulting for the Scandinavian tour operator he had worked for.During the first years Kuredu faced challenges with the boat transfers, affecting the operations of the resort, and Lars, along with Mohamed Moosa (Afeef’s brother), acquired Kuredu from Crown Company. The first large vessel, the Native Dancer, was brought in from the US; it had the capacity to carry 160 passengers and 40 tons of cargo. It proved to be the lifeline for Kuredu for the first years.

As the demand grew more rooms were added and by 1992 the resort had 250 rooms. In 2002, the island was closed for six months and entirely redeveloped with the signature Beach Villas, Jacuzzi Beach Villas and Sangu Over Water Villas.

Again, in 2007, additional 73 Beach Villas and another resort were developed on Kuredu. At present, Kuredu has three resorts on one island, with each resort having its own reception, bar, restaurant, shop, etc.The next island in Lhaviyani to be developed was Komandoo Island Resort in 1998. The partners in the project were himself, his brother Mats Petre, Afeef and his brother Mohammed Moosa. However, after about four years, Afeef exited to focus on the development of Velaavaru (now Angsana Velaavaru). Komandoo, which now has 65 rooms, was developed as a four-star plus resort.Hurawalhi, the most recent development opened in December 2016.

The diving spots in Lhaviyani are some of the very best in the country. And developing in the same area has enabled him and his partners to share a lot of synergies among and between the projects.While Komandoo was the second property to open in Lhaviyani Atoll, Palm Beach and Kanuhura also opened during the same period in the atoll.

Engaging with the local community

Having spent many years working on the islands in Lhaviyani Atoll, we have always maintained good relations with the people of the atoll and the people of Noonu, the atoll next to Lhaviyani, as so many of our team members come from these two atolls. At present, the second generation of workers are employed in the resorts and Lars thinks that if the team is motivated in the right way, anything can be achieved.

On each of the three islands, ladies from the nearby islands work as cleaners.  This means regular, daily ferries are organised between the resorts and the local islands; incentivizing Maldivians to work in the properties.

“We believe in hiring smart and intelligent people and empowering them, not to tell them how to do things, but let them use their skills and ideas to get things done. We have had very good luck with the people who have been employed to work on our islands,” says Lars.With Hurawalhi, Lars developed the concept, was involved in deciding on the locations and sizes of the buildings and number of rooms and supervised the development. Two architects were involved in the project; Design 2000, a Maldives-based firm who designed all the structures, and Yuji Yamazaki, who designed all the interiors and lighting.So as to differentiate the property from other resorts in the Maldives the company wanted to make the most beautiful underwater restaurant in the world. They chose the location for the restaurant strategically; positioned between the bay of the island and a channel so there is a constant flow of current. This makes it a very interesting area for fish to gather so guests enjoying their meal at the restaurant are constantly entertained.

The developers of Hurawalhi also took extra care to make use of sustainable technologies, so a large field of solar panels was installed, and during daytime around 50% of demand is supplied by solar energy.  And to save on electricity, all the hot water for the guest rooms and staff accommodation, kitchen and laundry come from the exhaust heat of the generators.

“We are already busy completing the private island that comes as part of Hurawalhi. Already halfway through development, Kudadoo will be the most exclusive category for accommodation available for guests to the resort. The development is already ongoing and all foundation work for the rooms are done and roofs on all rooms are laid out. Kudadoo is scheduled to open early 2018,” adds Lars.

Next would be the development of three islands in the same lagoon in the south-east of Lhaviyani Atoll, Innahura, Mabinhuraa and Dherufinolhu which is also home to the longest reef in the Maldives.

When I end the interview Lars gives me the same calm and assured smile with which he greeted me the first time we met. It is the confidence and assurance of a man who has perfected the art of delivery. By overcoming the challenges of developing the first resort in Lhaviyani Atoll, the furthest from the international airport at the time, and now developing and operating several successful properties in the same area.

Michael Melzer has been appointed as the new General Manager of Movenpick Resort Kuredhivaru Maldives, a new resort which is scheduled to open in November 2018. A German national, Michael has more than 35 years of experience in the hospitality industry, many of which have been spent in the Asia Pacific region. With qualifications from […] 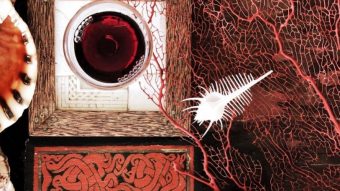 Nika Island Resort & Spa conducted wine sommelier basic training for four of their team members in collaboration with Grape Expectations Pvt Ltd, from the 29th to 30th of September. The two-day course was conducted by the Head of Sales & Marketing for Grape Expectations, Dora Dzurjak.  The course which included knowledge of wine, upselling […] 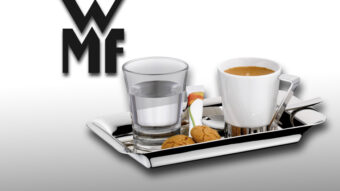 The Culture Cup by WMF: Bringing pleasure into your life

WMF – a German-based company founded in 1853 – has a proud history of manufacturing tableware for both home and commercial use. In 1955, they began making coffee machines and have grown into the leading manufacturer of fully-automated bean to cup equipment for commercial use. WMF is quickly becoming the brand of choice for the […]