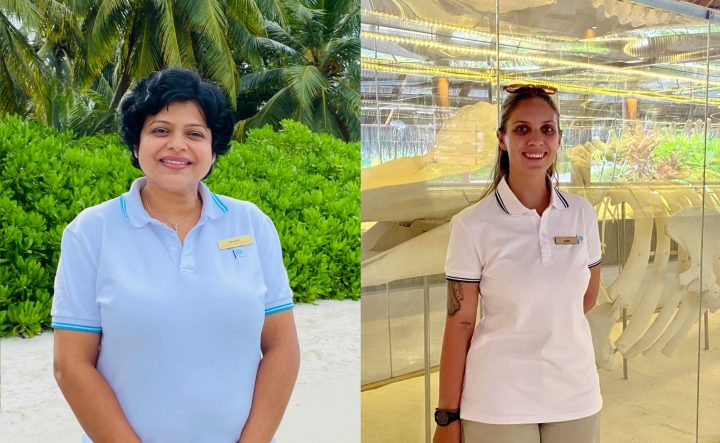 Kuramathi Maldives has appointed Anjali Masih as Director of Human Resources and Sara Scroglieri as the Resident Marine Biologist.

Hailing from India, Anjali has two decades of experience in several hospitality brands and owning companies in the United Arab Emirates. Prior to moving to Kuramathi, she was the Director of Human Resources & Training in The Chedi Al Bait, Sharjah. She began a career in the seven-star luxury hotel Burj Al Arab in Dubai as part of its pre-opening team, then grew into a stint in the UAE.

Sara Scroglieri is an Italian national who holds a master’s degree in Tropical Marine Biology from the University of Essex in 2020. She began her career in the Maldives with previous assignments in resort properties of Haa Dhalu Atoll and North Ari Atoll. She will lead snorkelling excursions, conduct informational lectures on conservation for adults and children, and wildlife research and monitoring, as well as running the Eco Centre and furthering environmental awareness and action.

Kuramathi stated that these new individuals will contribute their expertise to enhancing the guest experience in the resort. 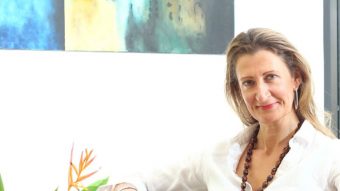 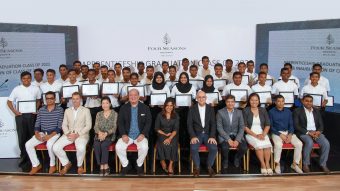 Four Seasons Maldives celebrates over 700 graduates under its highly successful apprenticeship program held at Four Seasons Kuda Huraa and Four Seasons Landaa Giraavaru. The celebration for their latest 40 graduates of class 2022 were held at Maldives National University on May 28, 2022.  The short ceremony celebrated the graduating hospitality apprentices of 2022 and […] 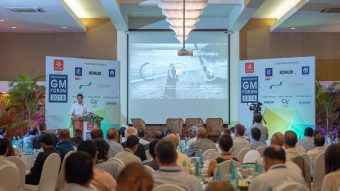 Tree Top Hospital will be Wellbeing Partner for GM Forum 2019

Tree Top Hospital has signed as the Wellbeing Partner for the Hotelier Maldives GM Forum 2019. Tree Top Hospital was established in March 2018, under the umbrella of Tree Top Investments Pvt Ltd with the vision of being the leading healthcare provider in the Maldives by delivering international healthcare standards and high-quality outcomes to customers. […]