From March 27 to April 8, 2019, Michelin-starred Chef Dominik Käppeler from Göppingen, Germany will join forces with Executive Chef Lionel Pean of Lily Beach Resort and Spa to present an exciting series of culinary highlights in the resort’s restaurants.

The main highlight of the exquisite five-course dinner night at Les Turquoise D’Aqua restaurant will be the artfully created dishes with bold flavours combined with the culinary craftsmanship and wine expertise of the chefs. The planned menu has been beautifully paired with quality wines curated by the resort’s head sommelier, Joseph Christopher.

Michelin-starred Chef Dominik Käppeler, the son of a restaurant owner developed his passion for cooking during his early years. With his professional debut at Feinkost Käfer in Munich, he rose to the top leagues in 2003. In the following years, Käppeler developed a personal culinary vision in upscale gastronomy on Lake Tegernsee. Käppeler now owns a restaurant named Restaurant Showroom in Munich, known as the culinary show for all the senses and described as a haven for gourmet lovers.Speaking about his unique approach to gastronomy, Chef Dominik Käppeler said. “You think eel, banana, mustard and Stilton don’t go together? Oh, but they do, it’s all about aroma pairing. Let your palate decide whether it tastes good, not your head!”

Lily Beach Resort & Spa Executive Chef Lionel Pean commented on Chef Dominik Käppeler, “With his visions and impressive menus, Dominik has secured himself to be amongst the crème de la crème in the culinary world of his generation. The avant-garde and straight forward approach of his expressive and fully flavoured dishes are very distinctive and never seeking to dissemble.”

Executive Chef Pean has garnered his extensive experience by working in 14 different countries and has worked with international hotels for over 33 years. His 3-star Michelin restaurant exposures with widely renowned chefs such as Michel Guérard, Gérald Passédat and Alain Senderens has led him to gain a rich level of confidence and perspective of the culinary world.

“We are very proud to be part of an innovative initiative of our team such as hosting of internationally awarded chefs. Welcoming creative talents like Chef Dominik Käppeler, will contribute on enhancing the all-encompassing dining experience of our valued guests,” says Patrice Aira, General Manager, Lily Beach Resort and Spa.

“Most discerning diners will get a taste of Chef Dominik Käppeler’s signature cuisine, which he describes as creative dishes inspired by tradition, and embalmed with distinction, refined flavours. This is truly unique and will set a new benchmark in the Maldives,” says Michael Wieser, CEO of Lily Hotels & Resorts Pvt Ltd.Lily Beach Resort & Spa is a five-star resort located 80 kilometres away from Velana International Airport on the island of Huvahendhoo in South Ari Atoll. Featuring Jacuzzis, the upscale villas at the resort consist of canopy beds, glass floors and plunge pools. Suites at Lily Beach Resort & Spa also provide butler services and designer toiletries. The resort also has an infinity pool, a spa, a gym, a playground, and tennis and volleyball courts. For more information, visit www.lilybeachmaldives.com. 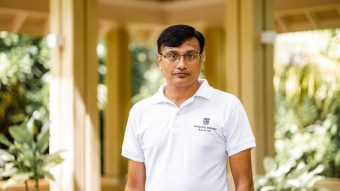 Baglioni Resort Maldives has announced that Dr. Hetalkumar Doshi has joined the resort as a practitioner during August 2022. Dr. Hetalkumar Doshi, from Mumbai, has treated many patients and trained thousands of students in various therapies. He has spent the last 28 years travelling throughout India to provide therapeutic and relaxation techniques specializing in pain […] 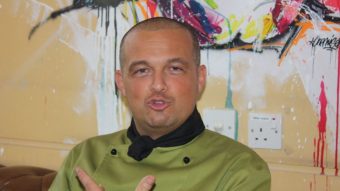 The story of Chef Giovanni De Ambrosis; the talent behind Taste of Italy

Taste of Italy, a state-of-the-art authentic Italian Restaurant is undergoing its final preparations for opening in Malé City. On this issue, Hotelier Maldives introduces the incredible talent behind this restaurant, Chef Giovanni De Ambrosis. Taste of Italy is curated by Chef Giovanni, a man in love with taste and rich traditions of Italian cuisine. An […] 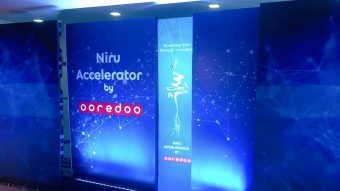 Ooredoo NIRU Accelerator: A limitless platform to up your service!

Do you have a great idea that can further ease the guest experience at a hotel or resort, but lack the knowledge and technical expertise to make it a reality? If the idea relates to developing a smartphone application, then Ooredoo Maldives’ newly launched NIRU Accelerator programme is the answer. The first of its kind […]