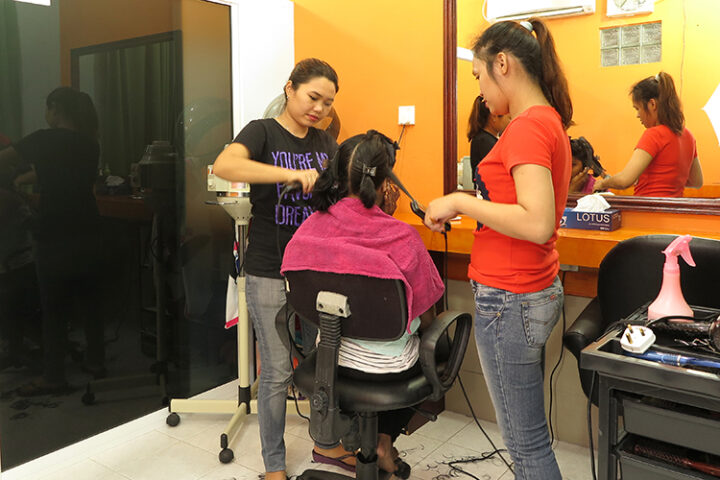 Male’ Beauty Salon- A touch of glamour in the city 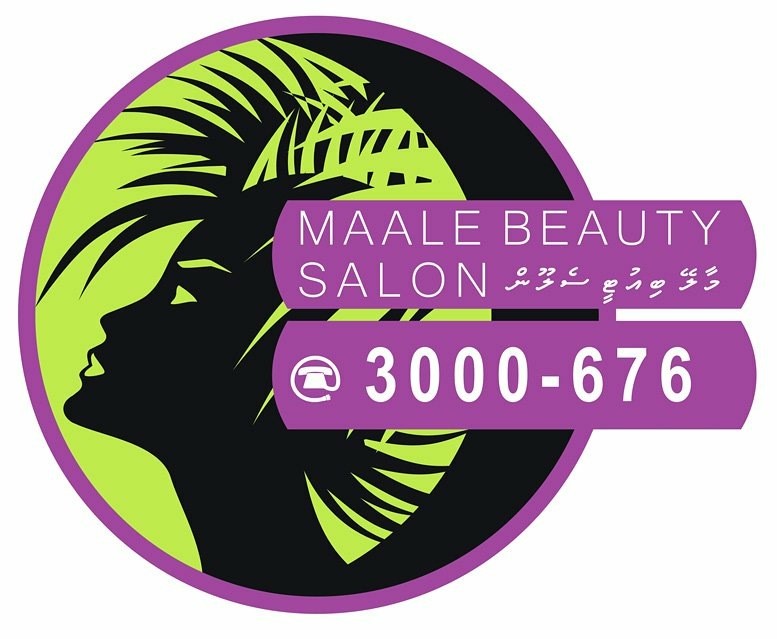 Zahira Zubair, the owner of the Male’ Beauty Salon has been in the hair and beauty industry since she was in her teens. Male’ Beauty Salon, located at Rahdhebai Magu, has now been around for 5 years. However, it was 17 years ago in Addu that Zahira started off her business in the Maldives.

According to Zahira, who is originally from the Philippines, her interest in hair and beauty stems from her family. Her mother was a hair dresser and her father was a barber. Being exposed to the trade at an early age, by the time she was 14, Zahira was already busy working. “I worked in a salon in Manila, Philippines. I was there for like 3 years”, explains Zahira. The salon in Manila not only equipped her with experience, it also presented her an opportunity to learn and grow. The owner of the salon was a teacher and while he gave classes to his students, he allowed Zahira to attend them, observe, and take notes, without having to pay a fee. These experiences led Zahira to be given another opportunity; she was offered work in Bahrain. Zahira worked in Bahrain as a hair dresser for 10 years and during her first month there, she met her future husband. He was from Addu and this is what brought Zahira to the Maldives.

According to Zahira, when she met her husband, she didn’t know that the Maldives even existed and when she found the little dots of the Maldives on the globe she was quite surprised. “I don’t think I’ll be here if I didn’t marry him”, says Zahira. Zahira’s first visit to Addu was in 1998. “When I first came to Addu it was very different from now, it was more of a village. I slowly began to learn to communicate with the people. The people were friendly and I got along with them pretty easily”, she recalls. In 1999 Zahira opened her first salon in the Maldives in Addu. “It was called Beauty Salon and it was also the first salon in Addu”, she says.

Zahira lived and worked in Addu for 12 years until she moved to Male’ to provide her daughter with a better education. Being a person who couldn’t be content with doing nothing and staying at home, soon, with the help from her husband, Zahira opened her second salon in the Maldives; the Male’ Beauty Salon. Both salons come with all the services expected from a modern salon. 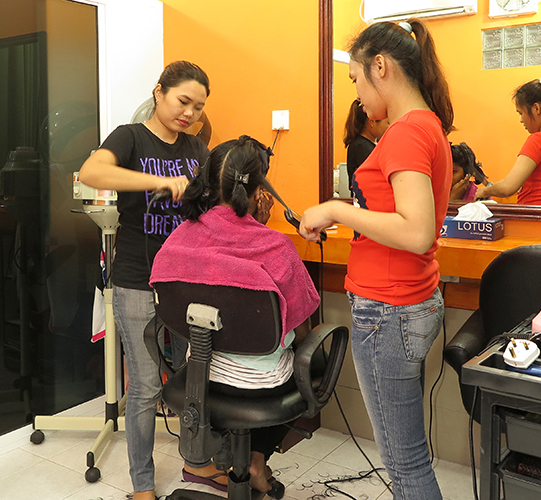 “We have almost everything. We do hair cutting, make-up, hair straightening. Then we do waxing, facials, highlighting, and all. And then we do manicure, pedicure, foot scrub and then we have oil treatment, hair fall treatment and dandruff treatments”, explains Zahira. Both of them being unisex salons, these services are enjoyed by both men and women from Addu and Male’. Apart from this, Zahira also caters to the resort market. “Mostly we get called for weddings and photo shoots”, she says.

Both Male’ Beauty Salon and Beauty Salon at Addu use top notch products. “We normally use herbal products and other top brands such as L’oreal”, says Zahira. According to her, the salons also offer various packages to the customers. “For example when we do re-bonding, we have a package where you can also do the treatment at the same time”, says Zahira. “People here, especially the ladies, have lots of colour in their hair. The hair is very weak so we advise them, especially if they do re-bonding, to do silicon treatment after the re-bonding. It helps the hair to recover and then it gives a nice shine afterwards”, says Zahira. Zahira also shares some similar concerns regarding her clients’ skin. “Skin problems being common in the Maldives, people, especially ladies, need to be educated on how to take care of their skin. Beauty is not just makeup. Beauty is everything from hair to the face to the feet”, she adds.

According to Zahira, her job is a beautiful one and one that requires a lot of love. “You have to give your heart into it. Your heart, your soul, your everything. Otherwise if you do it because you need to work or get paid, and you don’t care, that doesn’t work that way”, says Zahira. Zahira also noted the risks involved in her business. “For example, if you are sewing something, if something goes wrong you can simply remove the stiches and redo it. But in this business if you ruin skin or hair you cannot simply undo it. So you have to be very, very, careful. It’s a very serious thing. You have to focus”. Zahira is also intent on keeping up with the changes that take place within her industry. “You need to keep learning. There are a lots of new 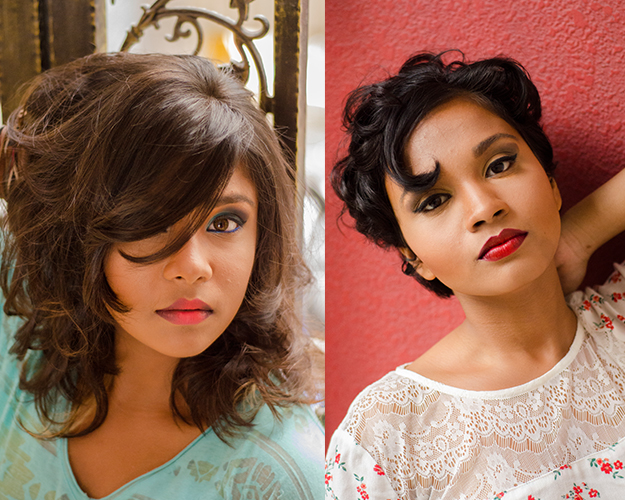 techniques, different kinds of medicine, and latest technologies”, she says.

Although Zahira is currently stationed in Male’ she still travels to Addu from time to time to oversee the operations of her salon there. Zahira has quite a large and loyal following in Addu. “Whenever I go there I inform them that I am coming. So when I get there, there will be a queue waiting”, she says. “This is almost like a family business. My daughter helps me run the salon here and I have my sister here as well. And my niece runs the place in Addu”, she explains. Since Zahira has been continuing her family tradition of working in the field of hair and beauty, her hope for the future is that her daughter follows in her footsteps and takes over the business one day. 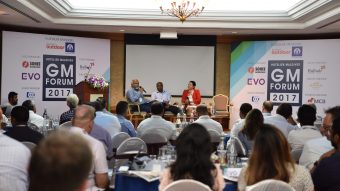 Leading hotel industry professionals have come together to discuss various issues pertinent to hotel operations in the Maldives at the Hotelier Maldives GM Forum 2017. The second edition of the annual gathering, organized by Hotelier Maldives, was held at Hulhulé Island Hotel (HIH) on April 19. The forum, with its focus on knowledge sharing and adopting […] 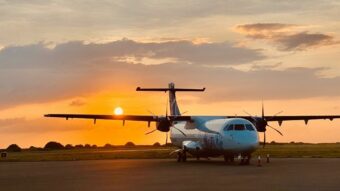 Given that tourism is the primary stay of the Maldivian Economy and aviation has been and will continue to be of critical importance. However, COVID 19 has made a huge impact and this is bound to change the role and format of aviation in the Maldives. WHO first declared COVID-19 as a world health emergency […] 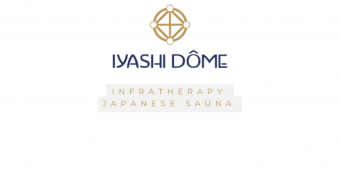 Iyashi Dôme: Embrace the future of spa, or risk being left behind!

Feeling great, while looking even greater is the new “in thing.” Most of the trends today are focused on achieving this result; good vibes only, while enjoying that beach-worthy body year-round. It is all about mind and body. And how does one accomplish this? The list of trends keeps growing, but let’s start with exercise […]