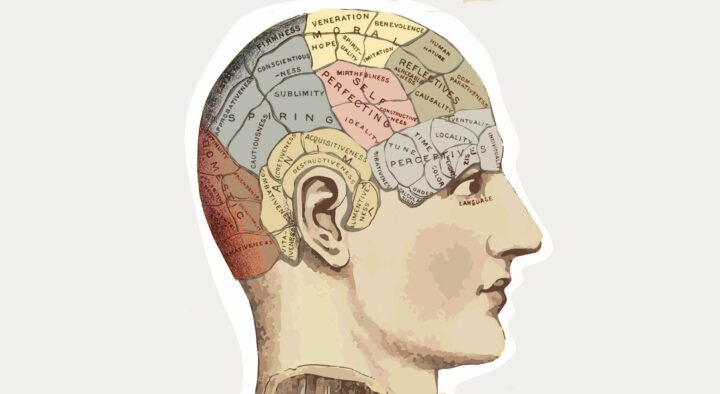 The Canadian-American author and public speaker Brain Tracy has written over 70 books in his (ongoing) career. In one of them, the Psychology of Selling, the first chapter is titled ‘The Inner Game of Selling,’ which I was tempted to use as the title of this article. I was stopped by my own ‘little voice’. Because of the associations, I had with the word ‘selling;’ resonating with words such as ‘sleaze’ and ‘slime.’ I think my mother had a lot to do with this; i.e. her impressions of salespeople had somehow infected me; although I like to believe that I have now managed to work through this and think of selling and sales as a respectable profession as any other, even as respectable as Dental Surgeon or Curriculum Developer.

While I did not want to write about selling or sales, I still wanted to write about the ‘importance of the inner game’. Increasingly the ‘inner game’ matters more than anything else as we cruise through life; be it about success, achievement, fulfillment, and happiness. Most things pertaining to our exterior achievements and tangible things in our life are measurable using various metrics. However, for the emotions and feelings we derive from all these outward manifestations of our progress or lack thereof – including the outcomes of the relationships we find ourselves in; we rely on our own subjective assessments of things, which is what I am referring to as ‘the inner,’ in the context of this article.

It is said that the concept of the ‘self-image’ is one of the most revolutionary discoveries of twentieth-century psychology – the idea that each one of us has an inner ‘image’ or ‘concept’ of who we are and what we are capable of. The basis of this inner image are the many stories we grow up with, the expectations projected on to us by our parents, teachers, and other influencers as well as our own interpretations, readings and memories of our trials and experiences in our initial successes and failures which we have internalized to believe to be true about ourselves. Looking back on this from the benefit of hindsight, and especially with the knowledge gained from ‘neuroscience’ which emerged as a separate discipline in the 1990s, the idea of a ‘self’ can be debated in much more detail. For instance, in purely neuroscientific terms, there is no entity that can be called a self, except a subjective notion of ‘I’ we identify with. But for the purposes of this post, I am sticking to the discussion around the concept of the ‘self-image’ as talked about by the American cosmetic surgeon and author Maxwell Maltz  (1899 – 1975) in his 1960 book Psycho-Cybernetics.

The Inner Game and Performance

I think anyone who has exceeded his own expectations of performing at any given task or career may notice that once you reach your goal, your focus wanes unless you quickly recalibrate and assign yourself a new, perhaps even more worthy goal. This can be most noticeable in sales and revenue-related goals. Once you hit your target, then what? You have met and perhaps exceeded your greatest expectations from yourself… So become complacent? Or dwindle your time until you fall below your targets? The wise thing would be to keep going so you get to a whole different level of performance altogether. And bringing about this shift is perhaps where some of us struggle and even fail because it does not meet or correlate with the image we have of ourselves. We start feeling out of sorts, trying to do something not befitting our character or personality, for instance. According to many who speak and write on the topic, unless we also internally bring about a shift in how we see ourselves, and what we think we are capable of becoming, continuous improvement in our performance – whether in sales or sports – may be a slippery slope where we take one step forward and two steps backward, forever insight of a new horizon that is elusive.

So, the lesson? Work on your inner image of yourself. Picture yourself at the next level of what you are capable of. Maybe your financial goal in your teenage years was to earn $ 20,000/- per year. But when you are 25 years old, you may have a requirement to earn more. So instead of only looking for ways on how to make this happen externally, alter your self-image as someone worthy and capable of earning the amount that you need in your life. Instead of only counting on your will power, try and bring about an internal paradigm shift in what you think is possible and what you think you are capable of.

The concept of self-image applies to individuals, but we can also surmise that it applies to a group of individuals; communities, countries, etc. We can perhaps see this in how different nations identify their strengths and strategize to realize their proclaimed self-images; Singapore, Japan, South Korea, etc. are countries that within a matter of decades transformed their economic outlook and lifestyles after finding themselves in somewhat disastrous circumstances. Perhaps this is a topic that can be explored at length in a separate article.

In the meantime, how can we apply the concept of ‘self-image’ to our own lives? Be it in sales, relationships or how we function socially and professionally? 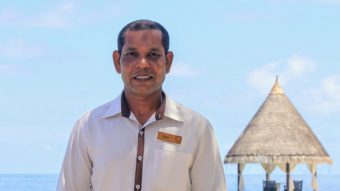 Ahmed Thariq’s mind was racing as he sat across from his boss. Why am I here? Why have I been summoned? Why did the general manager wish to see me? Am I in trouble? What could have I done wrong? Questions were roaming in his head, as he nervously thought about what had happened. The […] 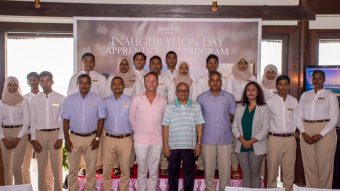 Jumeirah Vittaveli has launched an apprenticeship programme this Friday, 15 November, 2019. The Programme will host 14 students at the resort for a period of eight months where they will be trained in different areas of hotel management and hospitality. At a small function held at Jumeirah Vittaveli to mark the occasion, former president Excellency […] 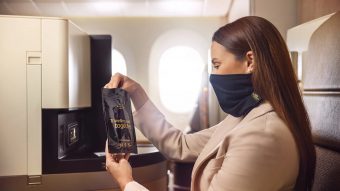 Etihad Airways, the national airline of the UAE, has launched innovative new protective wear for First and Business class guests. As part of its new health and hygiene programme, Etihad Wellness, premium passengers will receive a snood style facemask for use throughout their journey and beyond. The soft reusable snood has been treated with MicrobeBARRIER™ […]