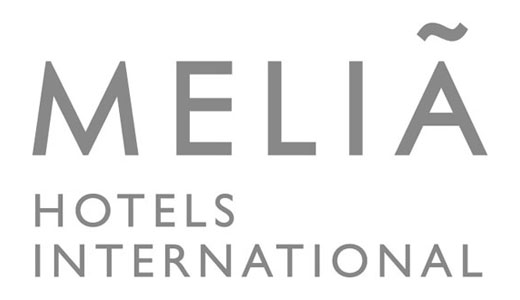 Meliá Hotels International (MHI) announced the signing of a new property in the Maldives at the Arab Hotel Investment Conference (AHIC) held last week in Dubai.

The Gran Meliá Maldives is scheduled to open in October 2017.

The resort will be developed on the island of Kalhudiyafushi in Thaa Atoll, 40 minutes away from Ibrahim Nasir International Airport. It can also be reached by speedboat or seaplane from the domestic airport at Kaadhedoo in the nearby Laamu atoll.

“Opening a Gran Meliá hotel in the Maldives has been a dream for us for a long time, but we were always waiting for the right project to come along. This hotel meets all our expectations. We are confident that our unique Gran Meliá brand will enhance the magic of these privileged islands, giving a new meaning to the concept of luxury,” Maria Zarraluqui, Director of Expansion for Meliá Hotels International, commented during the contract signing ceremony.

The resort will feature 95 private villas, including 100 rooms, as well as three restaurants, a bar and café, spa, leisure centre and several retail shops. The hotel will also be able to arrange and host exclusive private events and romantic dinners on a smaller nearby island.

As well as the new resort in the Maldives, the hotel group announced the development of a new state-of-the-art sustainable hotel in Tanzania, Meliá Serengeti Lodge, and the group’s premier hotel in Kazakhstan, Meliá Almaty.

Meliá Hotels International was founded in 1956 in Palma de Mallorca, Spain, and is one of the world’s largest resort hotel chains, as well as Spain’s leading hotel chain. It currently provides more than 350 hotels in 35 countries on 4 continents under its brands: Gran Meliá, Meliá, ME, Innside, Tryp by Wyndham, Sol and Paradisus. Its product and service portfolio is complemented by Meliá Club, the only vacation club operated by a Spanish company. 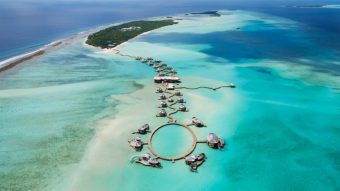 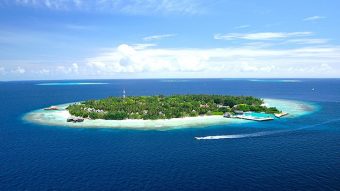 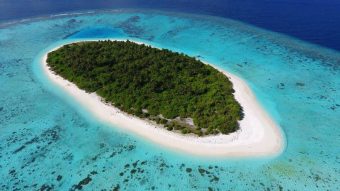 Located in a remote part of Raa Atoll, Faarufushi is a scenic 50 minute seaplane ride away from Velana International Airport.The resort is set to welcome guests from 15 December 2018 with 10 Beach Bungalows, 27 Beach Retreats with Pool and 39 sleek Ocean Retreat with Pool stilted over the azure lagoon of Faarufushi. The […]