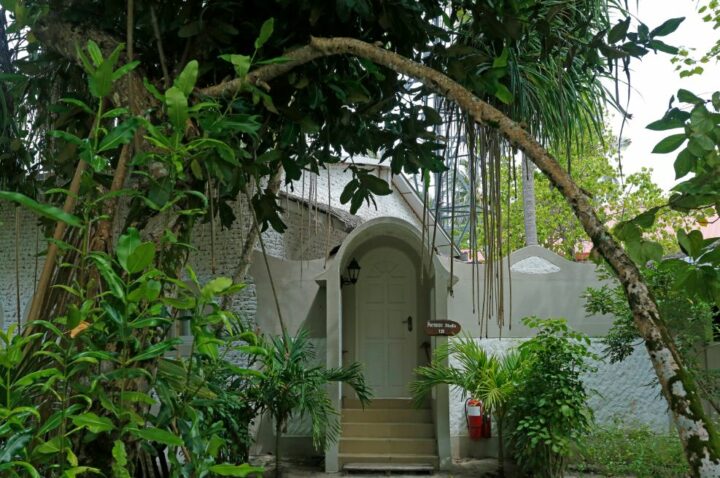 In a time of proliferating brands and increasing resort openings in the Maldives, Nika Island Resort and Spa, one of the first properties to open in Ari Atoll, is looking at reviving the associations of a ‘Maldives that used to be’. Instead of competing on the more currently fashionable trends of more and more exotic F&B offerings, hosting trendy fitness coaches and esoteric wellness regimes, Nika is celebrating the authenticity of a past that is present in the very architecture and design of the resort with the extensive use of coral stone walls and coconut palm thatch roofing.

The concept of Nika was developed back in the 80’s by the Italian operator Giampiero Bellazzi. The property was patronized by elite Italian travellers to the Maldives from the very beginning; making the guests at Nika mostly repeaters from Italy and other European countries. More lately, the property has also had an increasing interest from Russian travellers to the Maldives.With the passing of the founder of Nika Island in 2017, the second generation of the Bellazzi family is now running the resort. The external director Edoardo Caccin ‘Edo,’ has embarked on a journey to revisit the vision and memory of a Maldives that was in the past and yet which is authentically preserved in the spirit of Nika.A campaign themed around this vision was launched earlier this year with an eight-minute video dubbed in Maldivian with English subtitles and overlaid with an evocative soundtrack. Edo wrote both the texts and script for the video that has caught the attention of many.

“The video is part of an initiative that we have launched – ‘Nostalgia’, which is a series of events where Maldivian artists and craftsmen will participate and present to the guests at Nika Island,” said Edo. The first Nostalgia event was held in May this year and featured the craftsman Mohamed Imran Ahmed who is also the founder of Gadheemee Collection.Inspired from the ancient stone carvings found throughout the country, Imran and Gadheemee collection produce replicas of these early designs on contemporary materials such as limestone blocks. Gadheemee Collection’s works can be found in many resort interiors, while they also produce various unique items and custom objects commissioned by private companies and the government of the Maldives.While Gadheemee Collection also featured in the second Nostalgia event that took place in June this year, the event also saw a performance by The Maldidgian Project; a collective of four Maldivians who perform the traditional ‘boduberu’ drums along with Didgeridoos. The music and drumming is accompanied by a narration of Maldivian folk stories and singing.According to Edo, socio-political and economic developments in the country is now giving way to a new phase in the destination’s history. Developments in the Maldivian tourism industry has accelerated over the last several years and whereas resorts were primarily located in Male’ and Ari Atolls in the first decades of the industry; islands in almost all atolls now have an operational property or an island allocated for resort development. The exception perhaps would be Fuvamulah – an island which is by itself also classified as an atoll (GN). Moreover, the most significant indicator that tourism, as we know it in the Maldives, is on the way to introducing completely new product categories and varieties of tourism and experiences is that several lagoons in Male’ and other atolls have been allocated for development. These projects entail the initial phase of land reclamation before any structures can be built on land. As such, the resorts built on reclaimed lagoons, when finished, can have a different ambience to it when completed.

The ‘Nostalgia’ campaign by Nika Island is resonant for these reasons affecting the overall perception of the destination as much as it is a unique effort by an established operator that has also home-grown a brand that is widely recognized among the industry and travellers to the Maldives.

Named after a large tree found in the archipelago – Nika – the resort is on the island of Kudafolhudhoo in Ari Atoll. With only 47 rooms, Nika was one of the first, and for a long time the only resort in the Maldives to include a private beach with every villa, making it a haven for those seeking privacy while holidaying. This also made it very well known among Italian celebrities and high profile politicians and the resort has been patronized by repeaters ever since. It’s to the credit to the owner/operator that despite the environmental and economic challenges, Nika has flourished, all the while retaining many of their team members for over 20 years and establishing a close-knit relationship with the nearby inhabited islands. A number of staff members working at Nika belong to Bodufulhodhoo and Mathiveri, the two islands closest to Nika.

With this strategy of looking into the past for present-day inspiration and retaining an authenticity difficult to replicate and fast disappearing, it looks like Nika is positioning itself once again to neatly standout among the proliferation of hotel brands that seem ubiquitous as the Maldives tourism product heads into the 21st century. 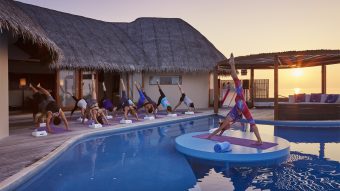 W Hotels Worldwide brings back its fitness programme, FIT with Tara Stiles to the Maldives. 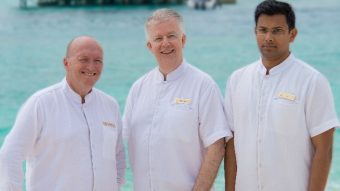 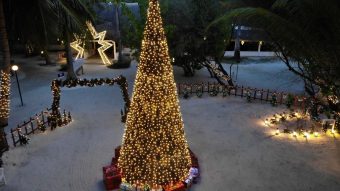 Cinnamon Dhonveli Maldives resort has kicked off the Christmas holidays in style with a warm and jovial Christmas tree lighting ceremony. The resort, with its aim to ensure that its guests have a festive season to remember, kicked off the celebrations lighting a massive 22ft tree made of traditional dry coconut leaves thatched together to […]