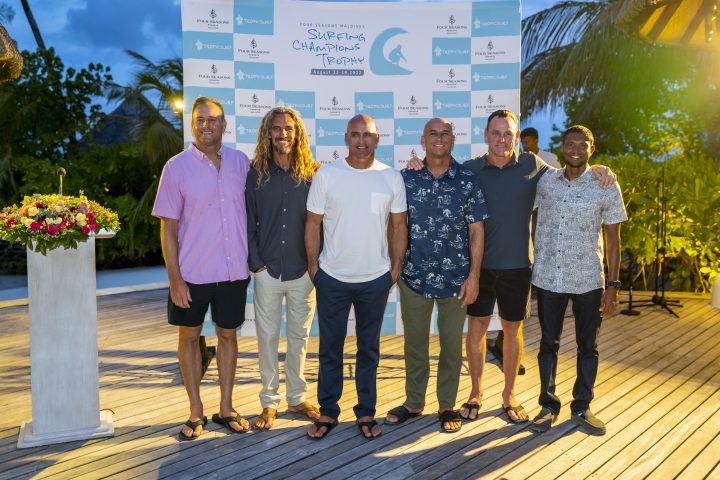 After a two-year hiatus due to COVID-19, the Four Seasons Maldives Surfing Champions Trophy returns to celebrate its 10th anniversary.

The Opening Ceremony was held on Tuesday, August 23, 2022 at 7:00pm at Four Seasons Resort Maldives at Kuda Huraa in the presence of His Honourable, Dr Abdulla Mausoom, Maldives Minister of Tourism, Aishath Ali, Director General of the Ministry of Tourism, and Mohamed Azmeel and Ahmed Fuaad, Deputy Ministers of Youth, Sports and Community Empowerment.

Dr Mausoom welcomed the Surfing Champions Trophy competitors at Kuda Huraa’s island pool, commenting on the rise of surfing as “a major market for the Maldives”. He thanked Four Seasons Resort Maldives at Kuda Huraa for hosting the special 10th edition of the event – which has brought 11-time World Surfing Champion, Kelly Slater, to the Maldives for the first time, and united five seminal members of the legendary “Momentum Generation”: the now-iconic surfers that pushed the limits of possibility back in the ‘90s, and progressed the sport forever.

The contest will kick off at the reeling right-hand point break of Sultans with the first of the three disciplines, the single-fin. With a solid forecast of swell and a world-renowned roster of athletes, this event is expected to create highlights for anyone watching. 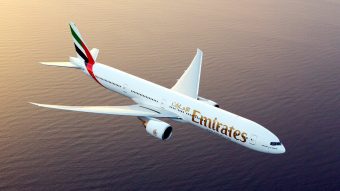 Approvals obtained to fly passengers outbound from the UAE to some destinations from 06 April. Initial flights to commence from Dubai to London Heathrow, Frankfurt, Paris, Zurich and Brussels Stringent entry restrictions remain in place at these destinations as well as others across the world; travellers advised to check before travel Safety and wellbeing of […] 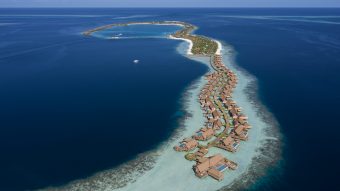 Strong peak season trading performance attracts investors back to the world’s leading resort market. The Maldives luxury segment outperformed all other luxury resort markets across the world with a RevPAR of over $2,000 in December 2020, according to the range of luxury resorts tracked by JLL globally. This represented an incredible rise of 26% compared […] 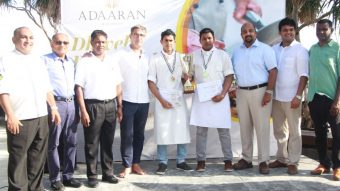