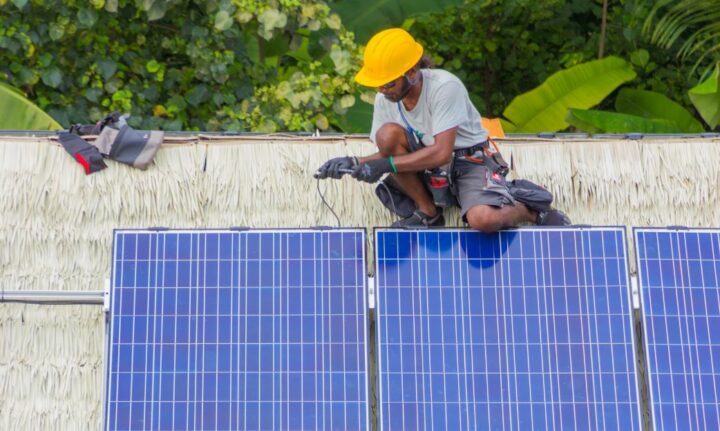 Sustainable technologies: where science can help

Whether you regard science as a force for good or the means to our destruction, one thing is clear: the world as we know it depends on science for its workings. While the problems of modernity, such as carbon emissions, waste and pollution need to be addressed, the modern consumer, though eco-and-community-conscious, will not want to sacrifice the comforts she’s grown accustomed to, to do so. She won’t embark on a return to a dark age in order to save the planet.

It’s safe to assume that saving the planet falls within the domain of science; where science has gone awry, new science can act as a guide and set the course straight. Sustainability, which is at the crux of the modern dilemma, can be addressed scientifically, through new technologies, inventions and methods.

Let the sun do the work

The cost of clean energy has already plummeted and this trend is expected to continue, according to Bloomberg New Energy Finance (BNEF). In its annual New Energy Outlook 2017 report, BNEF predicts that the bulk of the US$10.2 trillion the world will invest in new power generation will be captured by renewables.
Solar energy is about to be cheaper than natural gas. BNEF’s projections indicate that over the next couple of decades, solar prices will drop by another two-thirds.

In the Maldives, too, solar has been making inroads. Swimsol Maldives, whose European parent company, SwimSol, has been in solar for 22 years, is shining in the resort sector. The company has undertaken commercial projects for resorts in Noonu, Raa and Baa Atolls.“Simply put, solar is so much cheaper than diesel energy,” says Thomas Siebenbrunner, head of marketing at Swimsol. “Here, you have the sun shining almost every day of the year, so it’s a great place to invest in solar power.”

Swimsol specialises in corrosion proof solar panels, capable of enduring the harsh conditions of a tropical destination like the Maldives.
Their plug-and-play solar technology works together with existing diesel generators and cuts down the diesel consumption of the resort.

The company provides two options: either resorts can invest in the system themselves or the company can make the investment for the resort. “We call the latter the zero-investment option,” explains Siebenbrunner.

“In this instance, we take care of all costs, including investment, operation and maintenance. The savings that are produced by the system, which could be 100,000 litres of diesel per year, roughly US$50,000, can then be used to pay us back for the system. The resort can keep, say, 20 percent of its diesel savings and make payments with the rest. Once the system has paid for itself, the resort gets virtually free energy from then on. Whatever the case, it will be worthwhile for the resort financially.”
Cheval Blanc Randheli, for instance, covered every inch of its free roof-space at the back-of-the-house buildings with solar panels. With these, it generates about 20 percent of its total power demand during the day (not at night). “Cheval Blanc Randheli saved almost 100,000 litres of diesel in less than a year,” says Siebenbrunner.Swimsol is also pioneers of floating solar panels, dubbed SolarSea, suited for places where land is scarce. With SolarSea comes an even greater promise. “This gets rid of the issue of limited roof space,” explains Siebenbrunner. “The Maldives is a ‘blue nation’, it’s an ocean State. It’s possible to use the resource to generate power for everyone. It’s something we’re trying to promote, not only for the resorts but other islands too.”

“A typical resort, for example, burns 1.5 million litres of diesel every year for electricity production. With SolarSea, this can be reduced dramatically,” says Siebenbrunner. “Our vision is to ultimately make every island in the Maldives carbon neutral.”

Waste management is a key component of sustainability. At the 2017 Hotelier Maldives Wellness Summit, Gordon Jackson, waste to wealth manager at Soneva Fushi, delivered a presentation on the resort’s approach to the waste issue; it was a sort of paradigm shift in how we view waste.“You can’t mend what you don’t monitor,” says Jackson. “What you measure is what you care about. We all measure our finances, but if we want to be a more sustainable company, we need to look at the things that we measure so that we optimise the things that matter.”
Soneva Fushi measures their carbon footprint. Since 2009, their base year, they’ve reduced their carbon footprint by almost 20 percent. “Monitoring is very important,” Jackson stressed again. “You have to be able to see where you started, where you’ve got to, and how well you’re doing.”

Waste becomes a particularly challenging issue for the Maldives, he observed, given the geographical nature of the island state.

“We developed our waste management programme because we need to think about waste differently,” says Jackson. “We’re trying to see waste not as something just to get rid of, but rather as a resource to be used to our benefit, to even generate revenue.”
The jungle on Soneva Fushi needs to be periodically trimmed. “We take the branches that we collect there, and turn them into sawdust, and we grow mushrooms in that sawdust.” Here, Soneva Fushi turns waste that might otherwise get burnt or shipped away into something that generates several kilos of food a day for their kitchens. Their food waste is composted and goes to feed their organic gardens. “We produce over a thousand kilos of organic vegetables a month that would otherwise have to be flown in from Dubai or somewhere, but we’re producing them on site, with no carbon impact.” The vegetables are entirely fed by the compost made on the island.

The island has also come up with an ingenious use of Styrofoam. “It’s a really difficult material to get rid of,” admits Jackson. “But what we’re doing with most of ours now is we’ve been making a lightweight concrete block that can be used for all our new construction. We’ve made over 20,000 of these now and all our new buildings can be built on the waste of previous imports.”

The government weighs in

It’s a given that the longevity of tourism in these islands depends on how readily we embrace technology and practices that will enhance sustainability. As we’ve seen, there are technology and methods through which we can reduce our reliance on costly fossil fuels, reuse our waste and become even more sustainable. “We’ve developed our tourism taking due care of our environment, that’s how we have this reputation abroad ,” says Moosa Zameer, the Minister of Tourism.

“In more advanced countries, a lot of environmental degradation has taken place while they tried to advance themselves. I wouldn’t say that’s the case with the Maldives. The environment is a key component of our development, and it has been that way right from the start.

“Each and every project that takes place, every renovation, they all go through a very rigorous environmental impact assessment process. These are independently evaluated by professionals. So I think we’re in a good position, with regard to striking a balance between development and the environment.”

Zameer believes the Maldivian tourism model is a benchmark for the rest of the world in terms of sustainability. If this is to continue to be the case, the Maldives must be quick in assimilating and adopting new technologies and techniques. It has to continue to lead by example. 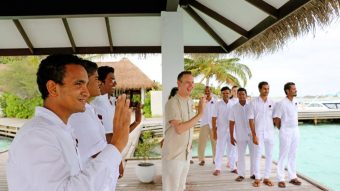 The art of being an invisible attendant: Butler training in the Maldives

Above all else, the Maldives is known as the quintessential holiday destination. The name itself incites images of pristine beaches, turquoise lagoons and luxurious resorts. What makes these resorts so tempting for guests is not just their aesthetic appeal but also the sense of being indulged and pampered, a well-deserved get away from their routine […] 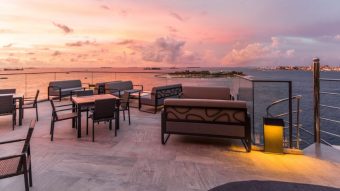 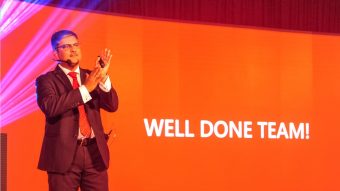 Ooredoo Group confirmed that it has again been listed in the Telecoms 300 2019 report as one of the top 50 telecommunications brands in the world, with a brand value of some USD3.779 billion. The Qatar-based telecommunications provider jumped to 41 in the Top 50 rankings, from 43 last year, reporting a growth of 12 […]