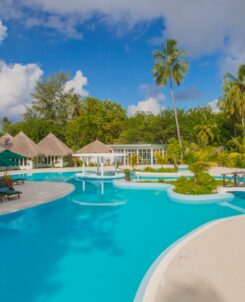 Equator Village Maldives, located in Gan island, Addu, celebrates its 21st birthday as a Kaimoo-operated resort this week. The popular hotel first opened its doors to tourists in 1983, putting the southern atoll on the tourist map. Kaimoo took over the property in 1999. A former Royal Air Force Sergeants’ Mess from 1956-1976, when the […]