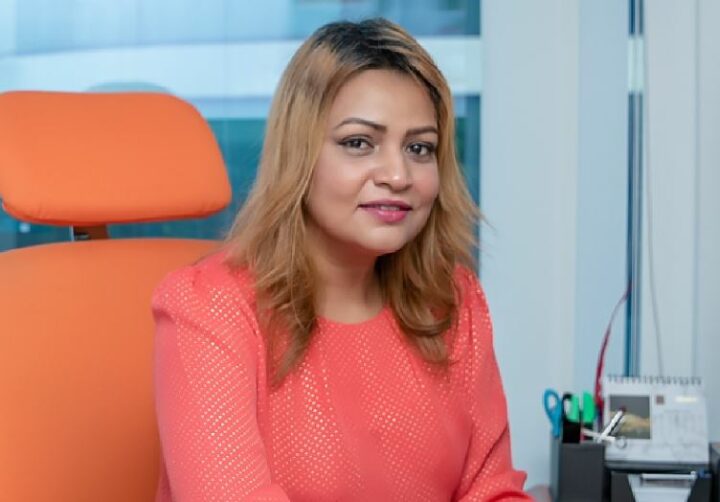 Ms. Shimani started her exciting career journey from humble beginnings – as a freshly graduated highschool student. Confused and with little idea of what she wanted to do as a future career, she sought advice from her parents who encouraged her to pursue a field that would utilize her strengths, and most importantly a profession that she would be passionate about. This supportive guidance enabled her to realise that she was extremely meticulous and fond of maintaining an orderly space in all aspects of her life. During this transformational time, Ms. Shimani was provided with the fantastic opportunity to study overseas in Malaysia. With her parent’s advice in mind, she selected the subject from the university prospectus that most suited her strengths – Interior Design. At the time, Interior Design was not a popular field and there were many doubting opinions from the society, hat this career choice was not going to be a success and she would be better to pursue a different creative approach in the field of architecture or engineering, which were very popular. The desire to prove that Interior Designing was a successful profession and others opinions wrong, she decided to try her best and follow her passion.

During her college years in Malaysia, she was successful in all of her classes and consistently achieved the highest grades each semester. Her passion and dedication gained her recognition from her University who decided to waive all of her education fees for the final year. In addition, she was awarded the Best Student award for the year 2001, by the Interior Designing Society of Malaysia. Following this success, Ms. Shimani completed and obtained her BA (Hons) in Interior Architecture and Design from Nottingham Trent University, United Kingdom.

As the first Maldivian to obtain a Bachelor of Arts (BA Honours) in Interior Architecture and Design, Ms. Shimani’s talent was highly sort after and she was approached once she arrived back home to the Maldives, to work on a Government project to redesign the Department of Immigration and Emigration office then. Being familiar with the standard office designs in the Maldives, she decided to use this unique opportunity to be innovative and showcase the power of creative Interior Design. She introduced colour and custom designed, modern furniture into the office space, which became popular amongst the public and resulted in her receiving further government projects and private projects for resorts, as a freelancer.

After working as a freelancer, she received an opportunity in Singapore, which is where she resided for the past 18 years. During her last 6 years in Singapore she worked with the United Nations, joining the project to set up and design the UNDP Global Centre for Public Service Excellence in Singapore. Upon completion of this high profile project, she was appointed as the Administrative Assistant to the Director of the Center. Progressively, she then worked as a mediator between the Centre’s communications and submissions with the Singapore Government. Ms. Shimani returned to the Maldives in the year 2018 for family priorities, after the demise of her father. Upon her return, she was presented with the opportunity to work as the Planning Director for Sun Siyam resorts in the Maldives – this opportunity she regards as the chance for her to give back to the community which she calls home. She is very grateful to Hon. Ahmed Siyam Mohamed, Chairman and Managing Director of Sunsiyam Group, for trusting and believing in her work and giving the opportunity to plan and develop the infrastructures of the newly developing Sun Siyam Properties.

As the Director of Planning, she explains that her role involves overlooking the construction projects from the beginning till the end. The Planning Department ensures that each project receives government approval and the project is administered accordingly. The in-depth process of turning a remote island into a luxury property is led by the Planning team of Sun Siyam Resorts.

When asked what part she enjoys most about her role, she explained that she genuinely enjoys being able to meet different people around the world. She considers herself a peoples’ person, so visiting the construction sites first hand and working together as a team to bring a project to fruition brings her great joy. Being at the site allows her to be hands on with the project, as she explains that “sitting in the office you would not realise the real complications that can occur on a work site”. She further highlights that witnessing the transition and overlooking each project from the beginning till the end makes her role more fulfilling. Asked if she considers herself a leader, she mentioned she views herself not as a manager, but more as a team player – considering her colleagues as her family and friends. She highlights that all of her team members are crucial to the success of any project, and each person brings something new to the table. Her achievements to this day is a reflection of all her teams’ contribution.

Ms. Shimani expressed that she hopes more women will feel compelled to join the construction industry, as currently there is a significantly higher number of men in contrast to women. This is reflected at the construction work sites, where often she is the only woman in sight. She mentioned that at the work sites, one should be a bit more active than usual and she believes there are plenty of women who are capable to take on such challenges. According to her, everything should be balanced, and there are certain things women would have a better grasp on than men. Having a gender balance would expose the industry to more creative design ideas and further opportunities to explore different outcomes from a female approach. She further comments on the stigma which surrounds women who work in resorts, as it is still prevalent in the country.

When asked what she considers to be her proudest achievement, Ms. Shimani smiles and says that she considers every project she has worked on as an achievement in itself. She puts maximum effort into each project and every individual design she works on. There is nothing more satisfying than seeing a project unfold in front of her eyes – from its grassroot beginnings to its final glory. When people appreciate the final project and the immense effort that goes into it, from the design details to the overall environment curated by the workers, it brings her immense satisfaction. Design is a crucial element to the tourism industry, and if her work can contribute to the economic growth of her country, she considers this as a huge achievement.

She further addressed the fact that she has noticed within the industry, often praise and press coverage is awarded to the employees who work in resorts, and there is very little credit given to the employees that work behind the scenes. Articles emphasise the managers, executive chefs and purchasing officers etc. that indeed play a key role in the tourism sector of the Maldives, however the success of the resort is also down to the designers, the engineers and the construction workers who are all a crucial part of a resort but are often forgotten about. The resorts are not magically luxurious from the get go, a lot of labour and work goes into an island before it becomes a paradise destination. Their vital work ensures the resort is built in a manner that guarantees the tourists a safe and happy stay. Ms. Shimani wants to praise all the designers, architects, engineers and construction workers who work tireless hours during the initial creation of the resorts.

One of the main things she wishes to highlight is the eternal gratitude she has for her parents;  she owes her success to them and is thankful that they encouraged her to follow her passion and supported her in every decision. She has been blessed to be surrounded by a good team of people wherever she worked – making all of her projects memorable and enabling her to get to where she is today. When asked what advice she would give to aspiring young women, she expressed that there is nothing that women cannot do. It is crucial that women believe in themselves, their dreams and choose to follow their passion, whatever it may be. As long as you are happy and you enjoy what you do, work hard, make your dreams a reality and put your heart and soul into it! 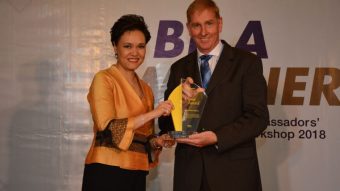 Dusit Thani Maldives has scooped up a record five awards in one day to finish off a multi-award winning first quarter of 2018. It proved to be a day full of success for the Dusit Thani Maldives’ team with awards and recognition received across a range of categories and international ceremonies. Two of the awards […] 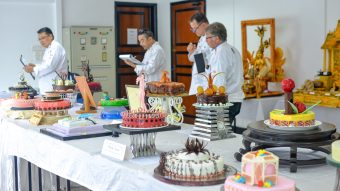 Dharubaaruge in Malé will transform itself to an International Expo called “Hotel Asia” which showcases a high profile exclusive exhibition from September 10 to 12, 2018. The event will be celebrating its 14th year continuously promoting the Maldives food, beverage, hospitality and tourism sectors. The tradeshow is the “crème de la crème” being one of […] 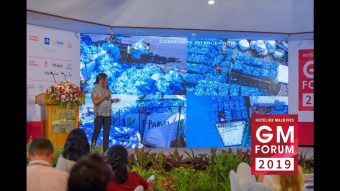 Delivering the keynote speech at the Hotelier Maldives GM Forum 2017, Hussain Afeef (Champa), the Chairman of Crown & Champa Resorts, describes tourism in its infancy in the isles, when he and Mohamed Umar Maniku essentially ushered in the era of tourism to the Maldives. We’re looking forward to GM Forum 2018—to be held on […]