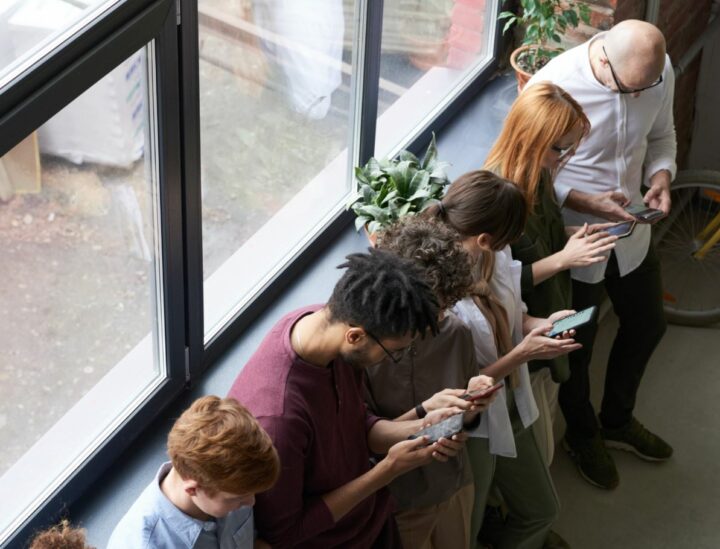 Digital trends 2020- what is everybody ‘tik-toking’ about?

With more than 4.5 billion people currently surfing the internet around the globe and an astonishing 3.8 billion happily doing so on social media, it has become imperative for brands around the world not just learning how simultaneously be on line on a variety of platforms, but most importantly how to thrive across these channels today.

Over 300 million new users on social media compared to 2019 made for a good 9% increase worldwide with 50% of this ‘social media time’ spent on mobile, according to GlobalWebIndex. At the beginning of the year, and of a new decade, current numbers and social media reports are simply showing us a well-predicted series of digital trends for 2020 and beyond. Let’s have a look at the 4 top trends for the coming months.

Video Marketing is the new you

Today, content is consumed at a faster pace, engagement targets are harder to achieve and retain, and digital users are said to be spending an average of 2hr30min on line per day. Most of the content currently consumed online is video, companies all around the world are turning their static image library in short films, winning a new way into an otherwise saturated audience’s heart. Investing in video marketing is crucial to keep your customers engaged and reactive.

Repeatedly elected the most used social media worldwide in 2019, Facebook now counts 2.5 billion (MAU) Monthly Active Users, and it comes with no surprise that the social media pioneer has heavily invested in making the job of advertisers and marketers very easy on the platform. 2020 is expected to reach 1.3 trillion USD to be spent on digital marketing (equal to the GDP of Indonesia). But how to best bet our marketing dollars on this digital arena? Data-driven Marketing has been identified as the end of the ‘me-me’ era and the beginning of a more advanced KYC digital structure. The use of collectible data to better know your customers and seamlessly integrate it into your digital strategy defines your success rate. Now more than ever.

When companies were first asked to ‘create content’ for their digital platforms (website, blogs, social media…), it was mostly about putting out there branded versions of digitalized coffee table books. The audience was expected to read it and keep following loyally. Today, social media calls for a hyper-personalization of the digital space. Imagine your social media like your house; would you like your own house to be repeatedly filled with unwanted advertising, messages, digital trash alike? Of course not. That is why consumers on line have been taking action on making sure that whatever content reaches them, is firstly wanted secondly actionable, allowing them to act upon what stimulates and inspires them. The digital strategy focus is to grow awareness and consequently increase new leads. In two words: customer retention.

Watch out for Tik-Tok this year.

The top 3 most used social media platforms around the world in 2019 are, not surprisingly Facebook, Youtube, and WhatsApp. But 2019 was the year of a new app, widely featured with a lot of controversial information: the Tik-Tok App. Originally created for a Chinese audience (500 million of its current 800 million are in fact Chinese), Tik-Tok has rapidly climbed the ladder and position itself steadily at the 7th place right after Instagram. The most downloaded App of 2019 works with an algorithm much loved by fame-seekers, Tik-Tokers gain visibility and increase their following by constantly posting quality content on the app, rather than based on the number of their existing followers. On Tik-Tok anybody can be an influencer, in fact, content that is seen as raw and unedited goes more viral than its polished version on other apps. Companies looking at joining this App devoted to Gen Z – or those born mid and post the 90s – will have to provide their best ‘show-off’ props in order to enable users to created winning content. Does Gen Z actually matter to the island resorts of the Maldives? Think about Kendall Jenner coming to your resort. Too young? Think again.

PR and digital marketing specialist Dolores Semeraro worked extensively across China and was most recently based in the Maldives for 6 years; she specialises in digital media and creative communications for travel and tourism with extensive knowledge of Chinese digital media platforms (Weibo, Youku and Wechat). Being fluent in the Chinese language, she is a business facilitator on Chinese protocols, culture, and behavioural patterns. 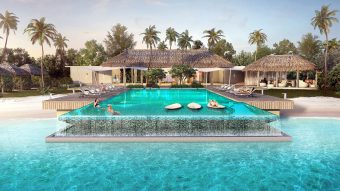 InterContinental® Maldives Maamunagau Resort, the flagship property of InterContinental Hotels, opening in September of this year is seeking a team of highly talented and focused individuals to build and deliver a truly exceptional and unique luxury experience. The brand is searching for charismatic, dynamic and approachable individuals who can deliver a unique version of hospitality […] 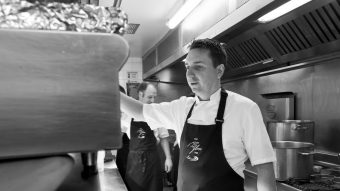 Outrigger Konotta Maldives Resort announces that it will be featuring the culinary creations of UK Michelin star guest chef James Mackenzie from January 4 – 14, 2019. Mackenzie, the head chef and proprietor of the Pipe and Glass in South Dalton, Yorkshire, England, earned its Michelin star in 2010 and has kept it since. Mackenzie’s debut […]