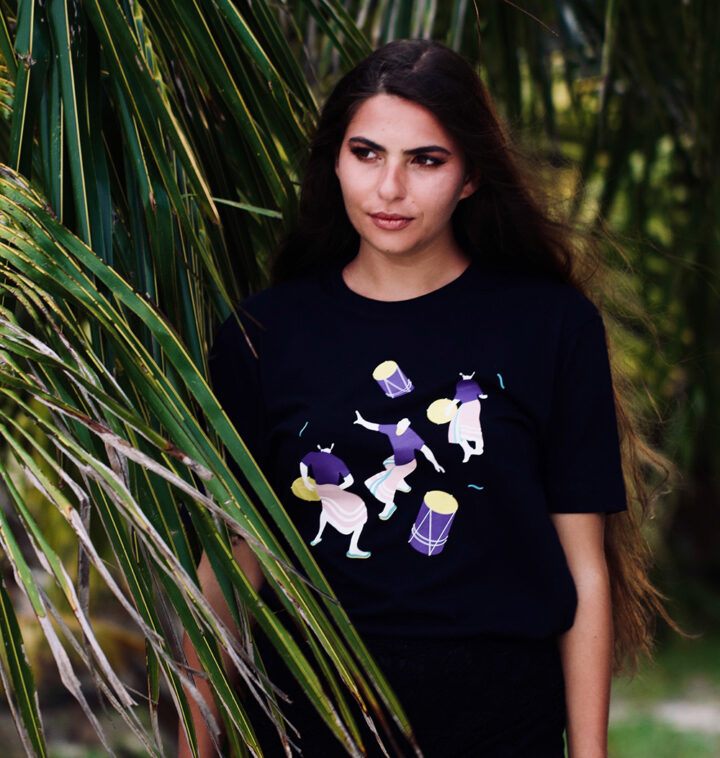 THE NAME ‘BEYYAA’ is derived from the traditional Dhivehi meaning of “bro”. The Beyyaa is a unique character, a travelling, environmentally-conscious Maldivian, but best of all he is a storyteller. He tells the stories he seeks during his many travels and the tales he hears are whispered amongst the coconut palms.

The world is facing urgency in proactive climate movements, as the ever-impending consequences of climate change looms on the horizon. Beyyaa is an effort to call attention to the ongoing climate crisis, and the role the Coconut Tree (cocos nucifera) plays in it. Beyyaa seeks to inspire hope, awareness and appreciation for our environment with his stories that highlight the beauty of nature and everything within it. Hence, with every Beyyaa wearable, the customer receives a story to tell someone, who might relay that story to someone else and on and on the way stories tend to go, thus, effectively raising awareness.

It doesn’t stop just there. True to their word, Beyyaa –the brand, plants a coconut palm in return for every purchase and consequently takes another effective measure towards tackling the climate problem. The modern generation is more sensitive to the current state of the world; therefore joining Beyyaa on his journey allows individuals to get a sense of fulfilment, as this gives an opportunity to do something meaningful that contributes to the greater good. The project also contributes to the country by ensuring each purchase results in the planting of a coconut palm – a tree with renowned historical significance to the Maldives.

The Beyyaa is an effort to call attention to the ongoing climate crisis, and the role the Coconut Tree (cocos nucifera) plays in it.

The brand was started by two friends, Hathu and Toma. As of now, Beyyaa’s wearables only include T-Shirts, with vivid illustrations highlighting the best features of Maldives through the eyes of an optimistic native and storyteller.

The T-Shirts depict an array of rich stories, not limited to the folklore of the Maldives. Each story is conveyed by the illustration and the written segment that comes with the T-shirt. The current series began with stories about Bodu Beru, traditional music performance with a “Big drum”, as the name literally translates. Next is Bandiyaa, traditional dance by women using a “Bandiyaa” (water pot). The customer receives a moving story while becoming a guardian for a coconut palm in the country. Beyyaa’s purpose is to not only tell stories but also to create meaningful designs that would, further impact society in a positive manner.

Keeping track of the coconut palm is simple, as each Beyyaa T-shirt comes with an attachment that directs the customer to a web portal. Upon registration, the Beyyaa would send a gratuitous email whilst informing the customer that the coconut palm is on its way to be planted. Once the palm is planted, the details – including the precise GPS location, the photograph and profile would be sent through the follow-up email. The coconut palm is assigned to an environmental NGO, acting as guardians to the tree. Whilst it is the customer’s palm, it is a palm that exists in a coconut grove on an island. This, therefore, benefits the whole community of the island.

The Beyyaa intends to initiate the Plant a Palm Campaign – an initiative intended to bring awareness to the cultural importance of coconut palms and their significance in the battle against climate change. According to George V. Thomas, Director of Central Plantation Crops Research Institute, coconut palms play a crucial role in countering the impact of climate change, by sequestering carbon dioxide in the atmosphere. With movements such as #MvTreeGrab on the rise among the community, this campaign is bound to bring the much needed awareness to the coconut palm – our benefactor for millennials. 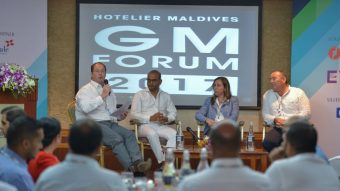 Next Hotelier Maldives GM Forum to take place on April 18, 2018 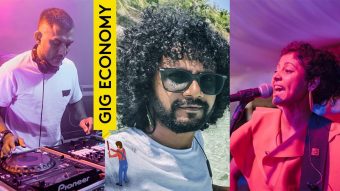 COVID-19 AND THE GIG ECONOMY

AN IMPOSSIBILITY TO A REALITY Once thought to be an impossible economic sector, given the geographical limitations, isolation and lack of infrastructure, the Maldivian tourism industry will soon be marking its 50th anniversary in two years’ time.  Unyielding to the viability assessment and opinion of the United Nations, the Maldives had entered a new dawn […] 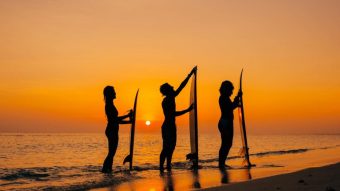 Renowned luxury resort operator, Soneva, has announced its plan to introduce “Soneva Surf”, the world’s first fully sustainable surf programme in May 2018. The launch is planned on the first day of the surfing season, which extends from May to October. As Maldives has become a well-known surfing destination, the programme will tap into the […]