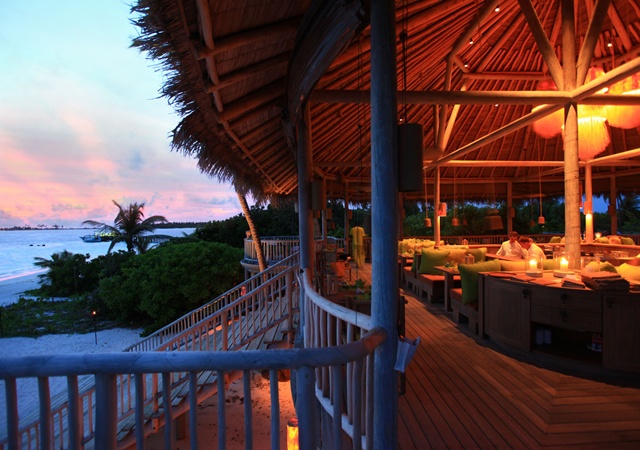 Denmark’s celebrity chef Jesper Koch will be back at Six Senses Laamu for three exclusive culinary events this January.

Jesper is the third highest rated Michelin chef in Denmark and he gained fame by putting a modern spin on Danish classics. One of his most popular dishes is salted celery with truffle oil and potato with béchamel-style cheese sauce. Jesper’s Michelin star rated restaurant The Brothers Koch is among the country’s most acclaimed dining venues.

Jesper’s approach to creating authentic, healthy, balanced and down to earth dishes, blends well with the Six Senses’ core philosophies of sustainability and organic food concepts and in his upcoming visit to Six Senses Laamu, Jesper is to be accompanied by his two brothers Michael and Lasse.

Jesper and his twin brother Michael own the restaurant This Happy Madness. Other restaurants owned by Michael include Miss Koch, which serves classic Danish dishes, and Bangkoch which features Asian gourmet street food.

On Wednesday, January 11, the Koch brothers will be preparing a signature menu for a barbecue on the beach. The barbeque is to be followed by two signature dinners at Six Senses Laamu’s signature restaurant LEAF on January 12 and 14.

Jesper had visited Six Senses Laamu in July last year. His visit was part of the resort’s five year anniversary celebrations, and during his visit, Jesper offered three signature dishes.

In addition to LEAF, Six Senses Laamu, the only resort in Laamu Atoll, offers a wide range of dining options. These include Zen, the resort’s unique over water dining area that serves a traditional Kaiseki menu with a modern twist, and Longitude, a two story over water restaurant that serves international cuisines.

F&B outlets on the resort also include the over water Chill Lounge and Bar, the alfresco ice cream parlour The Ice & Chocolate Studio, and Sip Sip, an outlet that offers a sunken bar and adjacent poolside seating. 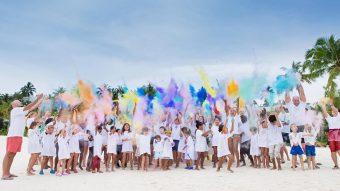 Kandima Maldives becomes a hive of creative energy as it launches the first ever KULA Art Festival with sensational festivities, whipping up a storm of colour as they headed towards their year-end celebrations. The KULA Art Festival, held as part of the Kandima Art Initiative, was the first of it’s kind to be hosted in […] 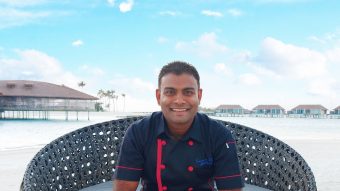 Radisson Blu Resort Maldives has announced the appointment of Don Brandi Kumara as the resort’s new Executive Chef. The highly-skilled and experienced culinary professional will oversee the resort’s three exceptional restaurants, four iconic bars including The Lab Cocktail and Wine Cellar, and in-villa dining. Chef Brandi trained at the Ceylon Hotel School and holds a […] 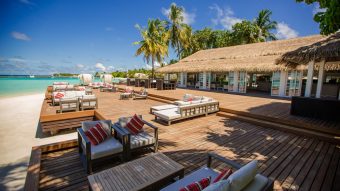 Sheraton Maldives Full Moon Resort & Spa has unveiled a new look of its guest rooms and selective venues as part of its ongoing enhancements of guest experience and stay in the Maldives. The resort recently unveiled its latest enhancement of the Anchorage Bar and Swimming Pool with its restyled modern white look and restyled […]