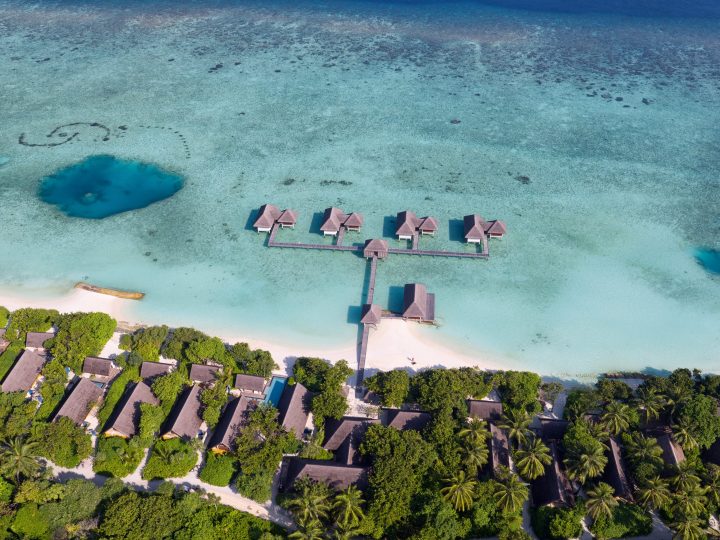 Constructing Paradise – AIMA Construction and Second-generation Resorts in the Maldives

With Additional Writing by Leesha Haneef and Nazaha Nazeem

The company’s first ever international contract was the construction of Four Seasons Resort at Landaa Giraavaru in Baa atoll. The construction of this eighteen-hectare Island, which is considered large by Maldivian resort island standards, included the completion of forty water villas, seventy land villas along with all the front-of-the-house and back-of-the-house buildings complete with architectural and structural interior works.

During the 1940s,  a young boy hailing from the now depopulated island of Laamu Hulhiyandhoo named Abdul Azeez Umar was brought to the capital Male’, Maldives to serve in a noble household. While in Male’, he grew up as a young man that was skilled in carpentry as well as sailing.

He worked as a carpenter producing artisanal furniture, until he was able to fulfill his dream of opening his very own carpentry businesses in 1973, which he named AIMA Woodwork. The company quickly grew and ventured into construction, taking on private residential projects, construction of mosques, social housing projects, schools and Governmental office buildings.

The company made forays into resort construction in the 1990s. In 1991 the company once again changed its name to AIMA Woodworks and Contracting Company Pvt Ltd, evolving with the industry, with over 100 completed projects

Today, with 3rd generation directors at the helm, AIMA is further developing the company to cater to the 2020s competitive luxury resort development market in the Maldives. AIMA aims to maintain highest quality and standards up to date without compromise and is best known as a company that delivers challenging, high-quality products to the most discerning clients.

Landing the contract for Landaa Giraavaru, now known as Four Seasons Resort Maldives at Landaa Giraavaru with Hotel Properties Limited (HPL) was a major breakthrough for a local construction company such as AIMA. Mr. Naayil Mohamed, one of the directors at AIMA, recalled. ““We won the project through an instrumental role by our Managing Director Mr.Ibrahim Azeez. Before we were awarded Landaa Giraavaru, we had the opportunity to work and establish ourselves, proving to HPL on a unique emergency project of cleaning out Cocoa Island, a property affiliated with HPL. We completed the project ahead of time, within a mere 4 weeks. It was a challenging task that even established construction companies at the time in Maldives were hesitant to take on.” 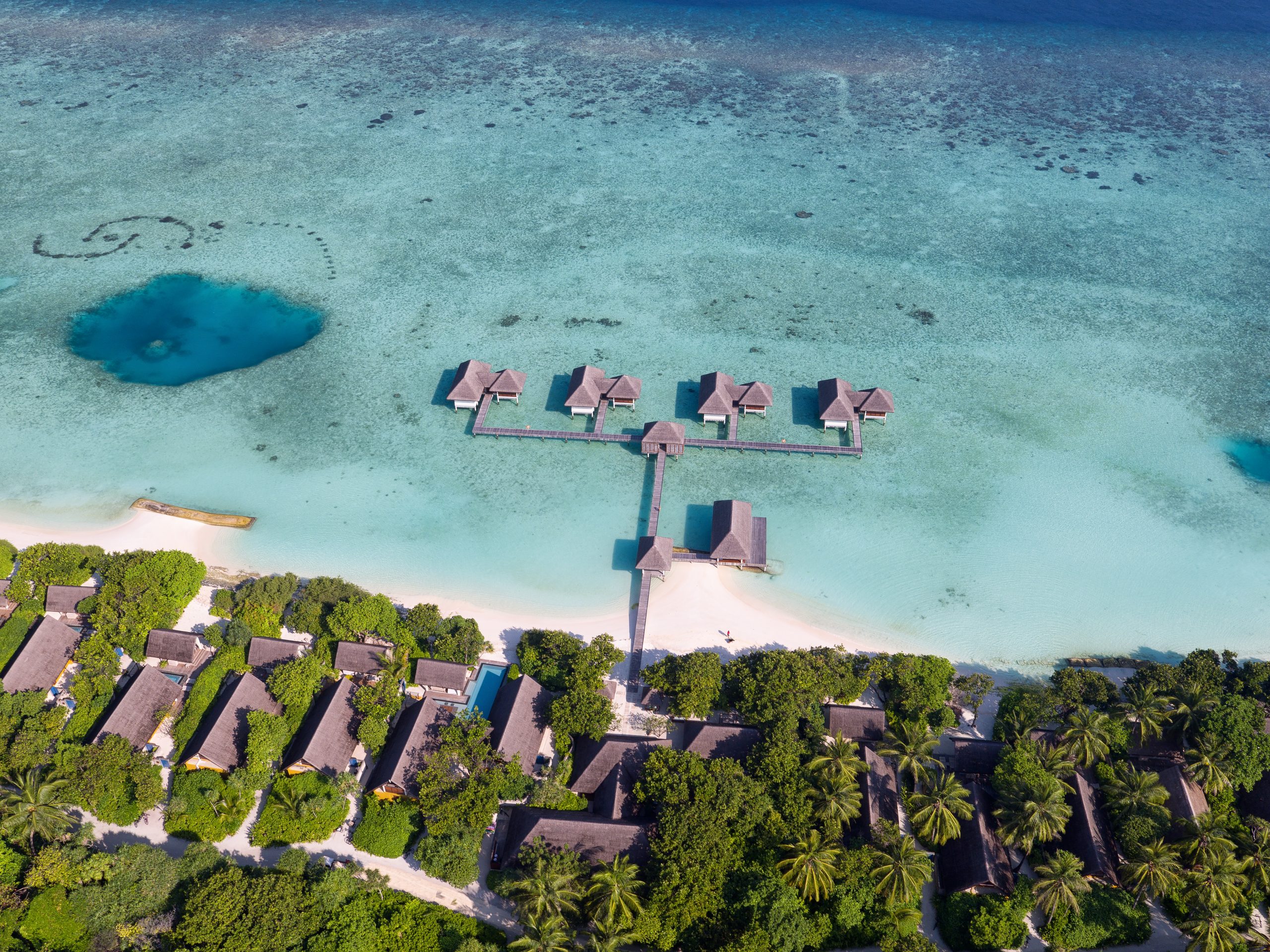 The Construction of Four Seasons Maldives at Landaa Giraavaru – A Story of Maldivian Ingenuity, Resilience and Workmanship.

Landaa Giraavaru was a bare island and AIMA began work from scratch. Like all islands, it came with its own set of challenges. When they initially arrived at the Island for project mobilization, it did not have a harbor nor a safe channel to enter. The only choice the team had was to build temporary rafts, with recycled vegetable oil jerry cans (which was commonly recycled for rafting in Maldives in the ‘90’s), and then off load all goods, equipment which had to be pulled onto the island with the help of rafts.

Landaa Giraavaru being the very first project of that scale for AIMA, there were several obstacles and challenges. Apart from mobilization, the company was technically and administratively challenged. A team of over 1500 staff were deployed to the site of Landaa Giraavaru, Managing this number of staff including foreign workers became a monumental human resource challenge. Catering to their essential needs, providing food and temporary accommodation itself was as hard as the first experience of getting the construction equipment on the island. On top of this, six months into the project, AIMA had to face the unavoidable Indian Ocean Tsunami on 26th December 2004, which hit one of the power houses of Landaa Giraavaru.

The tsunami incident created an unforeseen crisis that needed immediate attention. On top of the internal staff issues, AIMA team based at Landaa Giraavaru and Male’ office, was supporting Maldives National Defense Force (MNDF) with the Tsunami relief efforts in the Baa Atoll region. AIMA took the initiative to help the government in providing fresh water from RO plant on Landaa Giraavaru.

By the time AIMA reached the seventh month of the project, the project was already delayed by over 100 days, and it was directly linked to the tsunami. To overcome the delay and meet the project deadline, a Project Manager from South Korea and a Construction Manager from Singapore were recruited. A Master Mitigation Program was developed with the help of the hired Project Managers to guide their experienced supervisors and workforce to catch up with the project timeline.

According to Abdulla Ibrahim, Site Superintendent, who has worked for the company for over three decades and is one of the most experienced members of the AIMA team, the main challenges of the project were due to the lack of technology and machinery for structural engineering jobs. At the time, over-water structures, specially the pillars that formed the base for the water villas, were also cast and foundations laid in the ocean, partially submerged. As water villas became an essential part of the product mix and room a must-have room category, it was also one of the most challenging parts of resort construction. The difference today is everything is pre-cast on land, with the help of high excavators, heavy concrete pillars can be lifted and placed at any position in the lagoon.

The major takeaway for AIMA in its very first attempt as the main contractor in developing a resort was that if they wanted to venture into working with international developers in the Maldives, they needed to strengthen their internal management structure and administrative capacity. AIMA set about modernizing the administrative and management functions of the company. Landaa Giraavaru was a top tier project and eventually Four Seasons took on the management of the property.

The Four Seasons Landaa Giraavaru project was overall a very successful project as through it, AIMA experienced immense internal significant growth, not only financially, but also in terms of their human capital development. With the changes to the management, AIMA was able to finally catch up with the tsunami-related delays and put the project on track to be delivered on time.

The successful completion of the Landaa Giraavaru project paved the way for AIMA’s future position at the vanguard of luxury resort construction in the Maldives. It proved crucial in winning major construction bids and working with some of the biggest names in hospitality, including Singha and Pontiac Land Group. The foundations laid at Landaa Giraavaru became those of modern-day AIMA, the construction giant of today. 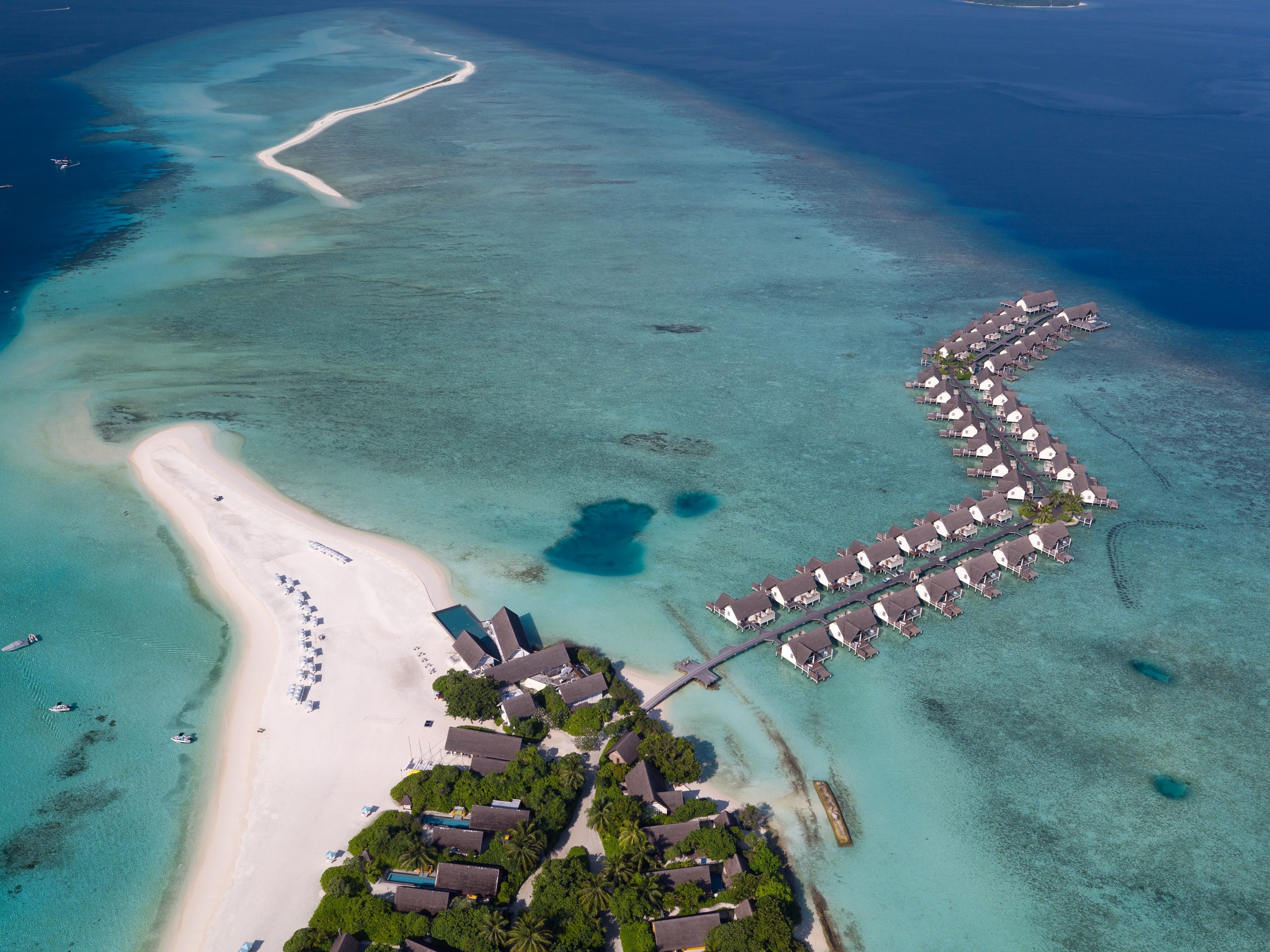 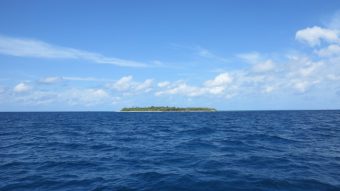 The global credit ratings agency Moody’s has assigned a first-time local and foreign currency issuer rating of B2 with a stable investment outlook to the Maldives. According to the agency, with its sovereign credit rating, Maldives became the fifth smallest nation by GDP that the agency’s Investor Service rates. Maldives is also one of the […] 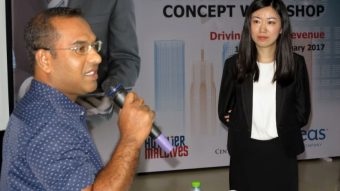 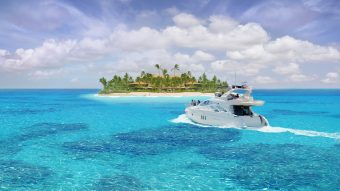