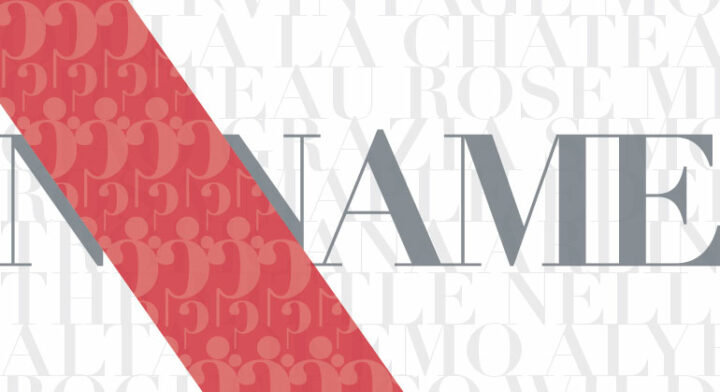 A rose by any other

Call me Orion. Some years ago – never mind how long precisely – I may have told you to call me Ryan. Easy to spell and pronounce, the alias could’ve made life a little easier for a kid growing up in a time and place where names from Greek mythology were rare. Every year, on the first day of school, I would wait to be called on by a new teacher, dreading the inevitable “Or-EE-ahn” mispronunciation. In the worst-case scenario, my educator would write my name on the blackboard, and, depending on their handwriting, the ‘r’ might extend a little too far, turning into an ‘n’. Onion. So much for being named after a legendary demigod who sparkles in the night sky.

Having analysed a number of studies about baby naming, pop economists Stephen Dubner and Steve Levitt concluded “names are not destiny”. According to their meta-analysis, there seems to be little correlation between a child’s moniker and their future success. And to some degree, the same holds true for a brand’s name. So-called experts predicted that the Chevrolet Nova would do terribly in Spanish-speaking markets, as ‘no va’ means ‘does not go’. The car sold like hotcakes. Chase Bank (named for a mostly forgotten US Treasury Secretary) is worth about USD250 billion, even though nobody wants to ‘chase’ their bank for money. And one of the biggest successes in the video game industry came in 2006, when Nintendo released its Wii. The system was a smash, despite, er, the obvious.

The list of successful brands with ‘bad’ names is endless. Yet, agreeing on a name for a new hotel, company or product can often be the most contentious part of the branding process. Owners are justifiably concerned about choosing the ‘right’ name for their investment, spending hours agonising over hundreds of names. But are we all wasting our time sitting around conference tables arguing about whether ‘MonkeyHouse’ or ‘QX17’ best represents the concept of our millennial-focused brand? Yeah, we probably are.

Names are important. They can communicate something about a brand’s positioning, ethos or vision. And if you get it wrong, it can be the hardest thing to change, as a name holds more brand equity than the logo, corporate colours and building architecture combined. The Chevy Nova might have performed fine in Latin American markets, but the infamous Ford Pinto didn’t fare quite as well when it was released in 1980 in Brazil, where ‘pinto’ is slang for male genitalia. Ford changed the name to Corcel – ‘horse’ – and lost all the marketing dollars spent on the old name. These days, the Internet is full of similar missteps, and speakers of any language have surely seen LOL-worthy photos of foreign companies advertising brands with saucy names in the local lingo.

While the pitfalls of potty-talk make for great memes, more common naming problems are far less funny. The complex world of intellectual property law makes it near impossible for globally expanding brands with real-word names to enter new markets without some risk of trademark infringement. In countries where punitive damages can be awarded, a bad name can be a very expensive mistake.

More difficult yet is navigating the ever-changing world of SEO. Just when you think you’ve found the perfect name, you discover it’s already been taken by a guesthouse in Uruguay which has bought up all the best URLs and planted itself firmly at the top of Google’s search results. If you don’t have the appetite for buying or litigating your way into your favourite URL or trademark (see: iPhone), you’ll have to go back to the drawing board.

In response to these complexities, a whole industry has sprouted up around brand naming. Equal parts art and science, the process usually starts with analysing a brand’s DNA, target market and competitive set. From there, the hunt for a word that embodies the brand and appeals to its consumers can lead almost anywhere. Fairy tales. Thesauruses. Dictionaries of dead languages. Boggle. Linguists will agonise over the euphony of every syllable, dissect the shapes of each letter and disappear deep into semiotics as they look for that perfect word. A long list of possibilities will become much shorter as names are disqualified for problems with pronunciation, intellectual property and URLs. The winning name might come from an ingredient (Pepsi), a nickname (Adidas) or geographic place (eBay). It might even be totally arbitrary (Apple) or made up (Kodak).

In the past, owners named their companies according to personal taste. Now, most believe it’s more important to use a name to maximise brand value, rather than appease a whim. It is far more important that the name resonates with the target consumer than with the boardroom, after all. A name that sounds ‘cool’ to a 55-year-old man in a suit very likely won’t have the same appeal to a 20-year-old, and vice versa. Effective branding demands empathy with the consumer, so it’s often useful to think about how one’s mother, or grandkid, or favourite barista would react to the word. What does it tell them about the brand’s offering? How does it create an emotional connection with them?

A ‘great’ name won’t just appeal to customers, but to employees as well. The recently launched Hotel Jen is inspired by a fictional character – Jen. ‘A professional hotelier who loves life, travel and the adventure of discovering new places,’ the character helps to define the ideal member of staff. CitizenM prides itself on treating employees as ‘equals’ and ‘individuals’. Jaz in the City seeks out staff members who love music and the destination – passions that can be evolved into employee-led service concepts.

Conventional wisdom holds that the best brand names come from real words; some studies have shown they’re twice as memorable as made-up words. Pros will also tell you that a perfect name should have a ‘story’, though it’s often hard to tell how much the general public knows, or cares, about the deeper meaning of brand’s appellation. Ace Hotel’s name cleverly matches its from economy-to-extravagant concept with the position of an ace in playing cards, but I have yet to meet anybody outside of the industry who knows this. What the public does care about is their ability to remember a name. An effective name has to be distinctive enough to stand out from the deck, but not so complex that the consumer can’t spell it when they’re doing an Internet search.

A less clear-cut criterion is pronunciation. It’s very difficult to create a name that is pronounced the same in Cameroon, Cambodia and Cuba. Usually, a variety of localised pronunciations won’t hurt – indeed, it’s welcome proof that a market has figured out a way to make a foreign brand more indigenous. Other times, only a brand’s most loyal customers pronounce their name correctly while others falter. A correct pronunciation of Hermés or Moët signals to listeners that the speaker has a level of sophistication worthy of the products. Outside of the luxury segment, it’s probably best to choose names that don’t intimidate or trip up the speaker, which is why we see so many Latin- and Sanskrit-derived names in the market. These languages have combinations of consonants and verbs that are relatively easy for consumers to pronounce, no matter where in the world they’re from.

So you have chosen a name that’s clever, unique, pronounceable and visually beautiful. It doesn’t translate to naughty body parts in other languages, and it has a rich and meaningful story. Everybody loves it. Success must be right around the corner? Possibly, but it won’t have much to do with that amazing name. A great name will not save a horrible product any more than Nintendo’s questionable choice of name hurt its fantastic gaming machine.

No matter what name is ultimately chosen, it will gradually gain meaning as the rest of the branding and the product itself come to life. There’s nothing inherently luxurious about the words ‘Four Seasons’, but thanks to the brand’s history of excellence, those words now conjure up images of top-notch service and refined accommodation. And while Coralia, Adagio and Ramada all have mellifluous sounds, none are brands from which you’d expect a couture-clad clientele and endless Champagne. Trends in naming also change over time. Who would name their company ‘Yahoo!’ or ‘General Motors’ these days? But customers will continue to trust an old brand name if the product continues to deliver. In other words, a name is only as good as what it represents.

My ‘Ryan’ phase was pretty short-lived, though I do still use the nom de théâtre on occasion, usually when making reservations at a noisy restaurant. (There are only so many times you can scream “O – R – I – O – N” into a phone before you give up.) My unusual name hasn’t made me legendary like my namesake, but at the same time, sporadic teasing from classmates and frequent mispronunciations haven’t done much harm. My name is sometimes a good conversation-starter (“hippie parents,” I explain), but its ‘story’ is often misperceived (my grandmother-in-law was slightly disappointed to discover I wasn’t an Irish ‘O’Ryan’). Sometimes a name is an asset, sometimes an annoyance, but ultimately irrelevant if the person behind it is a jerk. A generous, friendly man named Onion will always win out over an obnoxious demigod called Orion.

Orion Ray-Jones is the Content Director and Regional Director (Indochina) of QUO. 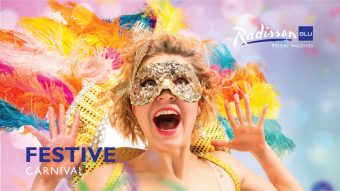 Radisson Blu Resort Maldives is set to bring holiday cheer with an exquisite, locally-inspired ‘carnival of experiences’ to mark this year’s festive season. A selection of exciting activities await holidaymakers of all ages, from merry celebrations and buffet feasts to aqua-themed parties and the resort’s much-anticipated open-air Festive Carnival. Radisson team has created a set of […] 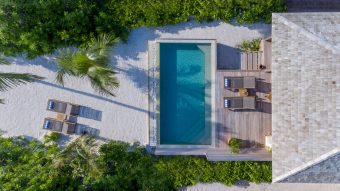 As we boarded the seaplane for a scenic 40-minute ride to Lhaviyani Atoll’s newest getaway destination, and the latest jewel/pearl adorning Crown & Champa Resort family—Hurawalhi Island Resort & Spa, rest and relaxation were the only matters on my mind. I popped in on their website for a sneak peek of what I was about […] 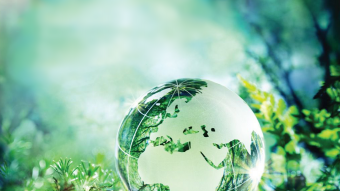 Emporia and Gulf Apparels Support Sustainability in its Expansion into Maldives

With sustainability labelled as a critical part of post-pandemic recovery, Emporia and Gulf Apparels have partnered with Lal’s Group to enter the Maldives market with a more sustainable product range. Emporia is one of the most popular customer choices when it comes to bed & bath linen and customisation. Emporia is one of the wings […]