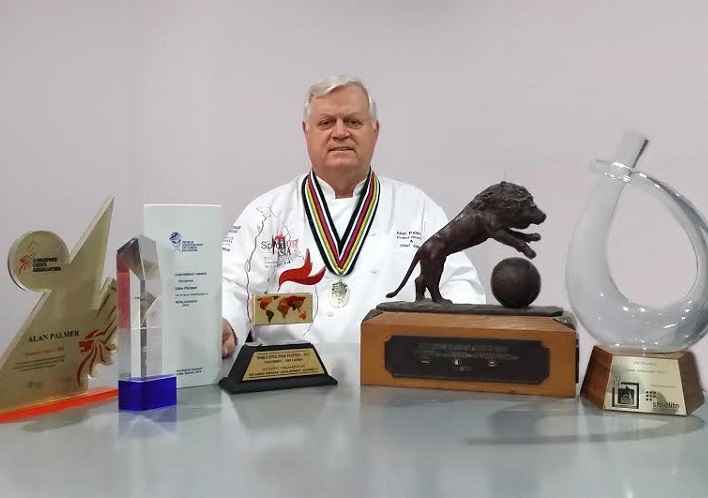 F&B: An Encounter of the Culinary Kind with Alan Palmer 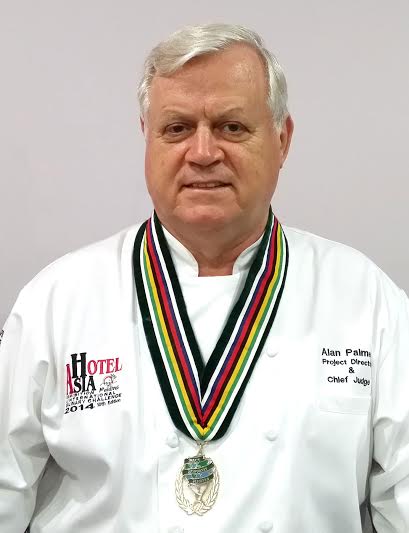 “A culinary competition is a lot of things for a lot of different people. For the competitors it’s certainly a stepping stone for personal growth and a successful career trajectory. For resorts it’s an endorsement of quality and expertise. For the panel of judges it’s a matter of giving back to the craft they have spent years honing. I think it’s this mixture of aspirations and skill that really creates the buzz around an international culinary competition.”

Alan Palmer isn’t a new name in the global culinary circles. With a career running as far as 52 years, this may seem hardly surprising. The veteran chef has found his way through the tiers of hospitality in a career that has seen him through the continents and the heights of achievement.

A British national by birth, Palmer completed his primary training in the UK and ventured to the culinary hotspot of the world; Switzerland. In the subsequent years, Palmer made key contributions to the culinary industries of Kenya, Switzerland, Singapore, Sri Lanka and the Maldives. His long standing vision of positioning hospitality among the top-tier careers of the world has been a guiding force throughout his illustrious career and is perhaps now in its fruition.

“I’ve been fortunate enough to have had the opportunity of being involved and leading movements to establish the hospitality sectors of a number of countries. I’ve seen the industries of these countries grow from an infantile stage to its prime. Singapore is one of the best examples I can site in my personal experience, where over the years, we have been successful in really positioning the hospitality sector among the primary revenue generators of the country.”

Palmer has succeeded in establishing training institutions and learning acumen for the industry, providing a vital standardisation criteria for countries such as Kenya and Singapore, where his efforts have now cultivated a largely popular career stream.

“My involvement with the Hotel Asia Exhibition and Culinary Challenge spans back 13 years, to the inception of the project itself. In its preliminary edition, we had about 40 participants and the number has grown phenomenally ever since. Last year we recorded a record high of 492 participants. We are looking forward to stronger numbers this year.”

The Hotel Asia Exhibition and 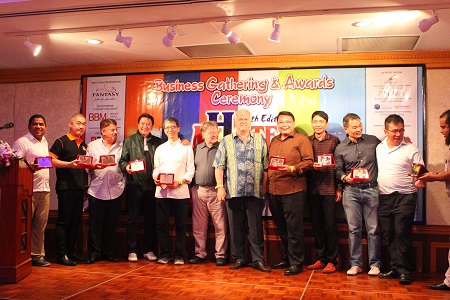 Culinary Challenge, is an international platform for culinary professionals to exhibit their skills to a global audience. The prestige of the titles have also gained momentum through the years and today stands among the top layer of international culinary competitions.

“I believe that a culinary competition is a matter of taste. Yes presentation and supporting factors are very important but a significant portion of the judgment criteria should be reserved for taste and that’s why our competition is a tasting based event, where a highly acclaimed panel of judges taste the dishes prepared by the entrants. Also I’m very particular to ensure that the efforts are solely credited to the skills of the participants, that’s why the event is a live cooking event where the main ingredients are provided for the participants by the organizers.”

In pursuing the vision of elevating the standards of culinary skills among the local fraternity of chefs, the competition has fared well by attracting a large number of participants from a diversity of major hotels and resorts. The last edition of the competition witnessed the entries of participants representing over 18 nationalities. As a major tourist hub of the Asian region, the Maldives is a lucrative destination for hospitality staff and to this effect has been an ideal location for the hosting of the competition and exhibition.

The competition segment is worked out through a large number of categories which include classics such as Pastas, Hot Cooking – Meat, Poultry and Seafood and Iced Mocktails. One facet that makes the competition distinct from similar events worked out around the world are the novel categories such as Honeymoon Cakes and Aussie BBQ. 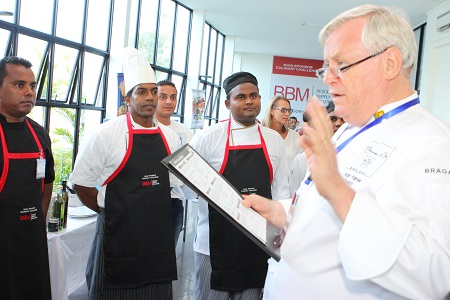 The star studded panel of judges is another key factor that contributes greatly to the credibility of the competition. Veteran chefs in the likes of Otto Weibel, Thomas Gugler, Rudolf Muller,  Michael  Strautmanis, Kenny Kong,  Tarek Ibrahim and Rohan Fernandopulle among many others are distinguished members of the panel who provide their expertise in judging the entries for the competition.

“I’m looking forward to the exhibition and competition, for me it’s a great opportunity to share my craft with the world and the community. I’m grateful that I’ve had the chance to do what I’m doing and there’s a lot I’m hoping to do in the future to grow this project from strength to strength. To anyone who has an interest in this industry, I would like to extend an open invitation, to come and witness the promise of true hospitality and the levels which can be met and maintained.” 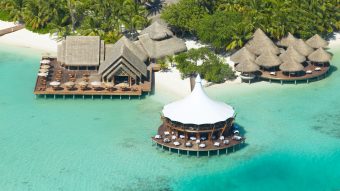 Design: An Insight into GX Associates

GX Associates is one of the leading architectural firms in the Maldives. Among their projects are the resorts of Huvafen Fushi, Velassaru Maldives, Kuramathi, Sheraton Maldives Full Moon Resort & Spa and LUX* Maldives. They have worked on over 70 hospitality projects to date, and they continue to grow with a pipeline of private island […] 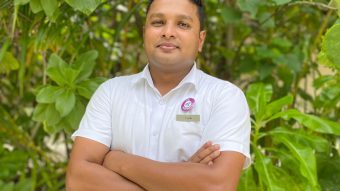 A Day in the Life of Yasith Keshan

Yasith Keshan Kokuhennadi is the learning and development manager at Cinnamon Velifushi. Yasith has worked with the management to create a great learning environment throughout all the departments. He is responsible of effectively and efficiently implementing the full learning cycle at Cinnamon Velifushi, starting from the development of TNA (training need analysis) to carrying out […] 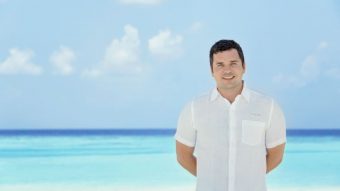 Niklas Bernstein has been working in the Maldives for over five years, over which he has made immense contributions to the development of successful hotel-based F&B outlets. With restaurants such as the signature 5.8 Undersea Restaurant of Hurawalhi Island Resort under his belt, he has made a name for himself as one of the county’s […]