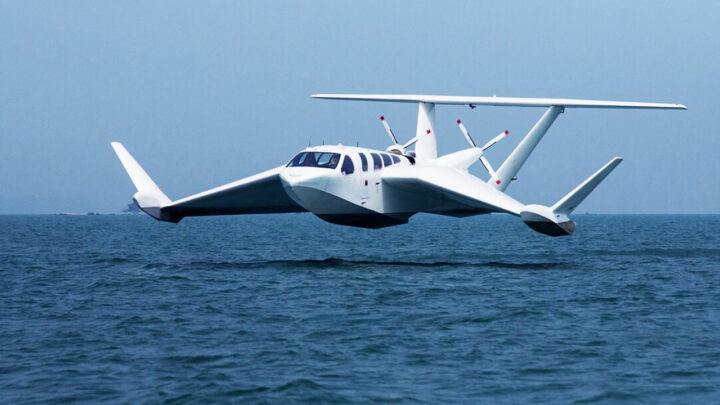 Flying Fish with a heart of Car

Imagine a boat that moves you effortlessly across the waves at least twice the speed of any other boat. Getting safely to your destination will not only be a breeze, it can also be done with greater style and comfort.  The stuff perhaps of future dreams; that dream is not in fact very far from becoming real.

The boat, the Airfish 8 or AF8 looks every bit the boat of the futuristic in its looks. Developed by Wigetworks Pte. Ltd, (a Singapore based company) from design by Hanno Fisher; the Airfish 8 sports a pair of wings that gives it the appearance of something that has flown right out of a sci-fi movie.

Its curiously shaped wings allows the craft, known in generic terms as a Wing-in Ground Effect or WIG craft, to exploit the aerodynamic phenomenon it is named after.

Much like the wings of a conventional aircraft, those on the AF8 generate lift. However, unlike a craft in free flight, this lift is augmented by the higher pressure of air under the wings due to the proximity of the “ground”. This makes flying in ground effect a most efficient form of flight.

Ground Effect is not an unknown quantity. It sees use in a wide range of applications such as in spinning hard disk drives. In Forumla 1 racing cars, ground effect is used to generate a downward force, which improves the ability of the car to take corners.

On conventional aircraft, however, ground effect creates a destabilising effect and understanding the phenomenon well enough for use in a vehicle in flight has long been a challenge. This in the case of the AF8 is safely overcome through elegant design and management of its weight and balance.

For a marine craft, travelling on a cushion of air above sea’s surface has several benefits. One is the significant reduction in drag, the force resisting motion. A body moving in air experiences only a fraction of the resistance it would in a more viscous medium such as water. Energy loss due to a body moving at the surface in making waves is also eliminated. This immediately raises the practical limit on how fast the body can be efficiently propelled at.

The cushion also provides a buffer against the waves, a huge source of discomfort in any sea going voyage. A ride on a craft such as the AF8 would therefore be much smoother and a far more pleasurable one.

While there is much in the technology that gives the craft its aerodynamic qualities, and its strong yet light carbon-fibre body, it really is the AF8’s simplicity that should be marvelled at. Part of this simplicity is due to the AF8’s classification as a boat, under the rules of the International Maritime Organisation, freeing it from the necessity to adhere to the cumbersome aircraft maintenance regime.Running on readily available automotive grade fuel, what drives the craft is a car engine comparable in its power-to-weight ratio to an equivalent but more expensive to run aircraft turbo engine. Commercial off-the-shelf equipment is utilised to a large extent, even in its state-of-the-art cockpit, reducing the complexity involved in maintaining the craft.

Flying the AF8, is also kept simple, so much so that a simplified yet effective approach can be taken to the training and qualification of the crew. All this will involve is a pre-qualification as a ship’s navigator and a short conversion course with any approved training institute.

Another forte of the AF8 is its ability to land safely in the event of an engine failure. Designed to move and take-off in water, as well as land on it from its operating height of up to seven metres, the AF8 will be able to land safely in such an instance.

With a top speed of 100 knots (about 180 km/h), a capacity of up to eight passengers, and a range of up to 200 nautical miles, the AF8 is well suited for inter-island or shore to island transfer service.

Its speed – at least twice that of what a typical fast sea craft can comfortably do, will also allow unexploited routes and markets to be opened up. Day trips to say an island within its range, would be possible. Not getting seasick is an added bonus as what this would mean is passengers getting to dive or fishing destinations fresh and ready to go. With its efficient power plant and with little wake generated by the streamlined craft, the AF8 is also well suited for use in areas where protection of the environment is of great importance.

Besides the AF8, Wigetworks is also looking to the future. Larger capacity and improved WIG craft designs are currently in the works with carrying capacities of up to 20 to 40 passengers and with a larger range than the AF8. The new designs would also feature cutting-edge wing and fuselage designs – the result of a research and development programme undertaken by Wigetworks in collaboration with the National University of Singapore and the Maritime and Port Authority in Singapore.

All these developments lead to exciting prospects for the WIG craft, once considered a poor cousin to conventional aircraft. With the AF8 now poised to make an entry, it may only be a matter of a year before moving quickly from island to island in places such as the Maldives can be done in safety, comfort and style. 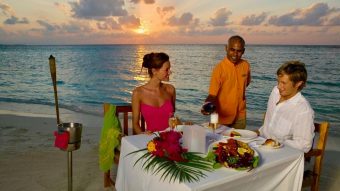 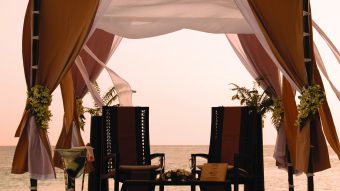 Renewing vows in the World’s Most Romantic hotel 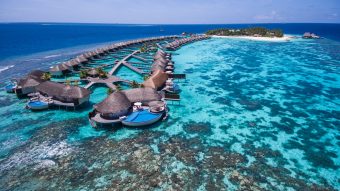