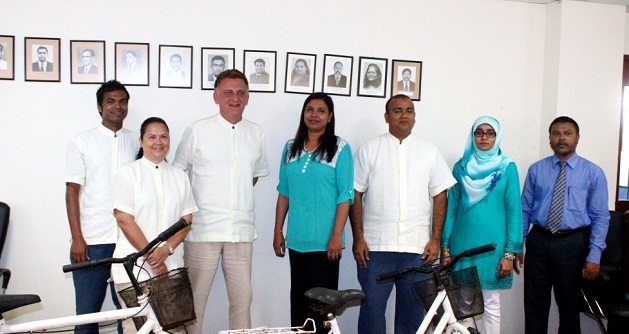 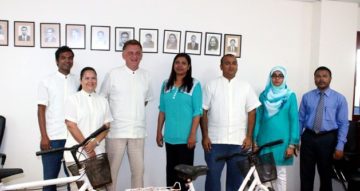 The award-winning Gili Lankafushi Resort has donated 50 bicycles to the Ministry of Education.Gili Lankanfushi General Manager Steven Phillips handed over the bicycles at a ceremony at the ministry’s offices in Male’ on February 16.

After accepting the bicycles on behalf of the government, Education Minister Dr Aishath Shiham expressed gratitude to the resort’s management and presented a commemorative plaque to the general manager.

Speaking to the press at the ceremony, Education Development Officer Aminath Najfa said the bicycles would be provided for use in public schools in the atolls. The bicycles are intended for use by staff as well as students in extra-curricular activities, she added.

She noted that the schools were selected based on the relatively high number of students and large populations of the islands. Steven Phillips meanwhile told local media at the ceremony that the five-star luxury resort had previously used the bicycles. He added that the management decided to donate the bicycles to schools as Gili Lankanfushi had recently received a new shipment. 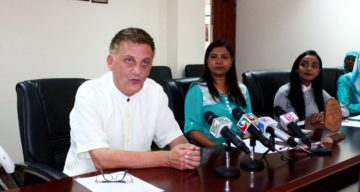 Phillips assured further assistance from the resort in the future for the Maldives’ education sector. The resort has also funded development projects in its neighbouring inhabited island of Himmafushi. Last month, Gili Lankanfushi earned the prestigious TripAdvisor Traveller’s Choice Award for best hotel in the world.

Gili Lankanfushi is located in North Male’ Atoll, a 20-minute speedboat ride from the international airport. 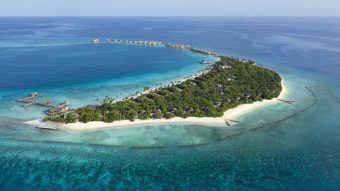 Escape reality and luxuriate in five-star heaven within your spacious beach or overwater pool villas. The warm sun beats down on your face as you inhale the tropical air, and you surrender your senses to the enchanting backdrop of the stunning Indian Ocean – just beyond the infinity pool. Here in this land of endless […] 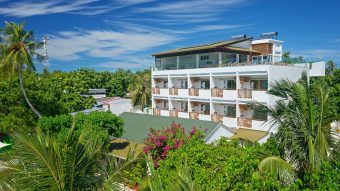 Luau Beach Inn Maldives is a fourteen-room guesthouse located in V.Fulidhoo, working towards implementing a greener practice into their business model. After thorough research and careful consideration, the management of Luau has ensured that the facility is equipped with energy saving technologies and diverted their focus on educating the guests to be more mindful about […] 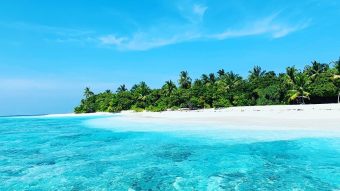 A new skincare range that uses unique ingredients found in the Maldives is taking the world by storm. It is fair to say that in the Maldives, you need skincare that is specialised in tropical weather conditions. PARADISE SKIN is a homegrown innovative brand that sets new standards in progressive skincare. Inspired by the sea […]