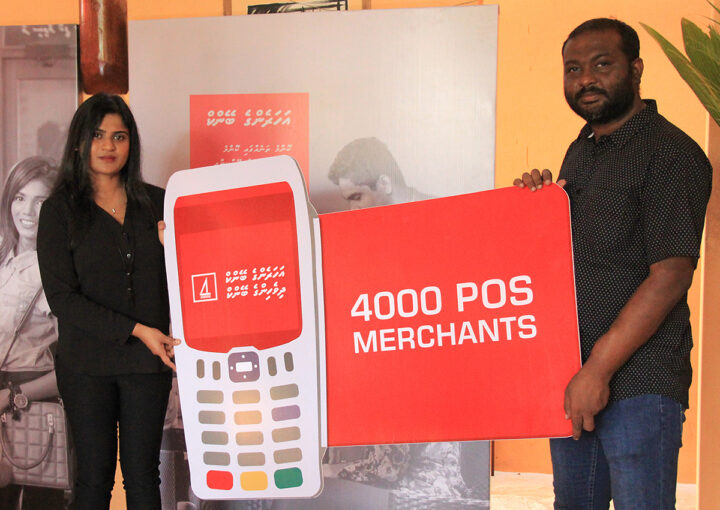 Bank of Maldives has expanded its Point-of-Sale (POS) network to 4,000 merchants as it continues to step up its support for retailers across the country.

The milestone was marked at a small ceremony held at the Royal Inn Guesthouse in Rasdhoo, North Ari Atoll where, as part of the Bank’s ‘Aharenge Bank’ campaign a memento was presented to the guesthouse management.

BML Deputy CEO and Director of Operations, Mohamed Shareef commented, “We are delighted to mark this important milestone in Rasdhoo, as the Royal Inn Guesthouse becomes the 4,000th retailer in the country to join our POS network.”

“This service is part of the extensive support provided to retail businesses across the country, and I am confident that its introduction in Rasdhoo will provide a welcome boost to both the merchant and the local economy,” he said.

‘Aharenge Bank’, is a nationwide campaign that underlines the Bank’s commitment to, and bond with, the communities and people of Maldives.

As part of the campaign, the Bank has been presenting a community-related initiative or event each day during February. These include the opening of new facilities, the expansion of certain services, and a series of charitable activities.

With a nationwide network of 31 branches across all 20 atolls, 78 ATMs, 4,000 Point of Sale merchants, 190 cash agents, 20 Self Service Banking Centres and 5 Dhoni Banking Units, as well as a full suite of Digital and Online Banking Services, Bank of Maldives is committed to supporting individuals, businesses and communities across Maldives. 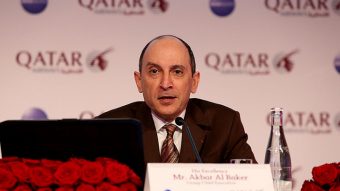 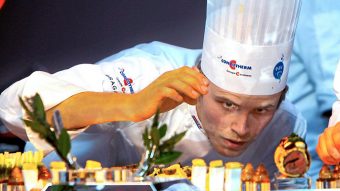 Celebrity Chef Geir Skeie will conduct a special culinary Masterclass at Hulhule’ Island Hotel on the 17th of March.

Positioned as one of the travel world’s most revered ratings, Forbes Travel Guide recently awarded Taj Exotica Resort & Spa, Maldives with four stars in its 2021 guide, with added appreciation of the idyllic resort having “myriad activities for the restless” traveller. “It is an honour and privilege to be awarded Four Stars in this […]