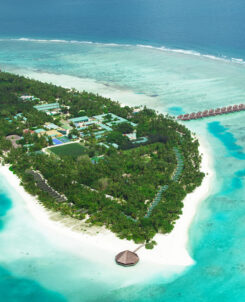 Meeru Island Resort & Spa grabbed the prestigious TUI HOLLY AWARD 2018 at ITB 2018 which was held in Berlin, Germany from 7 to 11 March 2018, Meeru was acknowledged of being among the top three hotels worldwide in TUI’s long-haul destinations. In a press release, Meeru’s General Manager, Walter C Kaufmann, said, “This award […]