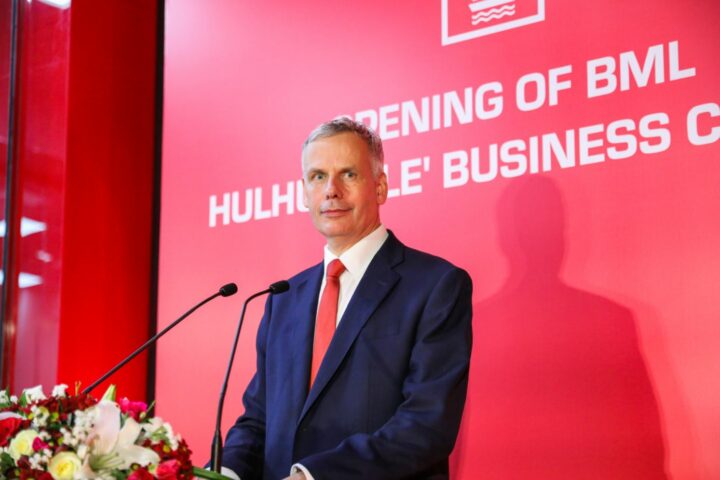 Hotelier Maldives had an exclusive interview with Timothy Sawyer, who was appointed as the Chief Executive Officer and Managing Director of Bank of Maldives Plc (BML) in July, 2019. In his interview, Tim talked about the current trends within the Maldivian banking sector and how Bank of Maldives managed to maintain its status as the leading bank in the country. He shed light on the role of BML in supporting the Maldivian tourism industry, the banking services and financial solutions provided by the bank to the largest industry in the Maldives. Lastly, he also talks about the future directions of the bank and BML’s objectives on expanding overseas.

As per the media announcement made by BML in July, Tim has over thirty-years of international experience in financial sector inclusive of twenty-years at the executive board level. Prior to joining BML, Tim was the Chief Investment Officer at Innovate UK — the investment arm of the UK Government. He also played a key role in developing small businesses and entrepreneurs in the UK and held the position of CEO of Start Up Loans — for which he was awarded the Commander of the Most Excellent Order of the British Empire (CBE) by Her Majesty Queen Elizabeth II of the United Kingdom.

Prior to moving up the corporate ladder with a prominent career in the banking industry, Tim also had an interesting background where he grew up in a navy environment as his father was in the navy and used to move a lot at the time. He studied history from Oxford University, one of the most prestigious universities in the world.

Although, he never planned for a career in the banking industry, his career began at Lloyds Bank,. Lloyds had expanded its branches to several countries by then, which gave Tim international exposure. He has also worked in Singapore for a couple of years.

Talking about what shaped his leadership style; the main life experiences, he stated that he learns from others as they work and stressed that teamwork is very important for success.

“I have learnt and gained the impression at an early age that you can’t do everything by yourself, so I need to delegate, otherwise you don’t get anything done”

Reviewing the current situation and trends within the Maldivian banking sector, he believes that the sector remained robust with strong key prudential indicators, such as profitability ratios and asset quality improved compared to the previous year.

Elaborating on the topic, he reiterated that as per the Quarterly Economic Bulletin published in June by the Maldives Monetary Authority (MMA), the capital adequacy ratios of the sector remained solid, well above the minimum requirements, particularly with BML. The Return on Equity (RoE) stood at 15 per cent for the quarter, for the banking industry while the figure was a bit high for BML. Also, he said that the pre-tax profit for the sector was MVR1.3 billion which was a 22 per cent growth compared to the same period last year. A 26 per cent increase in net-income from lending compared to the same quarter of the previous year totaling MVR247.4 million also accounted for the profitability growth.

Meanwhile, the absolute value of Non-Performing Loans (NPLs), in the banking sector also rose by 14 per cent during the quarter mainly due to a few large loans.

He also noted a growth in deposits by 6 per cent for the period, compared to the same period in the previous year, which reflected a good liquidity ratio for the sector. While loans continue to dominate the asset portfolio of the banking sectors, taking up 48 per cent of the asset portfolio, he stated that “overall, the banking industry is robust, but we need to focus on the Non-Performing Loans”.

Talking about the market position of the bank, the CEO proudly stated that BML’s key strengths in being the market leader in the Maldivian banking industry are its largest network of ATMs, branches, internet banking and POS, which are unmatched by any other bank in the country.

“We are already planning for another 14 ATMs at least, and we are continuing to invest in branch infrastructure, ATM infrastructure and Point of Sale”

Tim further explained how the bank differentiates from its competitors and maintains its market position as the leader within the banking sector of the Maldives.

“We are proud to say that we are the national bank; and our vision is to be the best managed company in the Maldives with high corporate governance and customer satisfaction”.

“We are trying to be dynamic and accessible in our financial services, investment in branches, Point of Sales and also our appetite for investment should enable us to grow faster than the other banks”

The CEO also cited the provision of end to end financial solutions to the retail sector, small and medium enterprises, and large corporate customers across the country as other key strengths of BML. He also noted about the bank’s prominence in Islamic banking.

“We are the leading digital bank and our dynamic approach means we’re excited to be at the forefront in digital technology, we have a banking platform which is one of the newest and most modern in the region, we offer best in class products in the country such as internet banking including our mobile banking app”.

“We do believe in lifelong customer relationships with strong values, and creating strategic partnerships that form the cornerstones of the bank.”

“We are focused on being professional, customer orientated organization which follows international best practices.

Banking and financial support to the tourism sector

He also indicated that even though the bank would like to provide increased access to financing, certain factors such as legal challenges and funding constraints require the bank to restrict new lending.  He also stated that the bank always looks for good propositions and even with these challenges the bank contributes 48% of nationwide lending to the industry.

“We are willing to do a lot more and we have always been a big support to the tourism industry, we have got good banking relationship with almost all resorts, with dedicated relationship managers providing single point of contact for their banking requirements, so most resorts use us as their main bank and we provide lots of other services such as multi-currency accounts, project financing, working capital financing, fund transfers, internet banking, mobile banking, POS services, dynamic currency conversion, 3-D secure payment gateway, variety of credit and debit cards, and we have been banking with lots of expatriates as well as local Maldivians that work in the resorts, etc.”

He further assured that the bank is going to continue focusing on implementing technological solutions to its customers including those living in the atolls.

“We provide payment solutions to resorts’ requirements including online booking and payments, as well as our internet and mobile banking services, and we have introduced online international money transfer service  which simplified sending money abroad, which was a difficulty and a hassle faced by resorts employees and others throughout the atolls.”

Where is BML heading to?

The CEO also touched upon where BML is heading, saying that the bank will invest in digital banking and modern banking, with the aim of creating a seamless and pleasant experience to its customers.

“We will continue to invest in financial inclusion to bring banking to people through modern state-of-the-art solutions. Also, as the leading bank for businesses of all sizes across the country from micro to small, medium and large corporations, we will extend opportunities to all businesses alike and increase lending in these sectors and we are also focusing on growing our Islamic banking presence.”

Tim is very positive about BML’s future direction and he affirmed that with its strong capital base, the bank will explore expansion opportunities outside of the Maldives and that the bank will continue to support corporate customers with customized banking solutions for their specific industry needs. 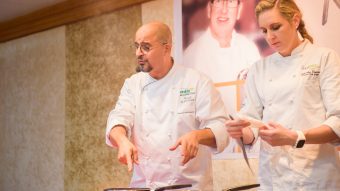 A culinary masterclass with veteran Swedish chef Gert Klötzke took place at the Hulhule Island Hotel on Thursday, 1 September ahead of the upcoming Hotel Asia Exhibition and Culinary Challenge. Over 120 chefs from 42 resorts attended the class, which began with a briefing session by veteran chef and project director of the Hotel Asia […] 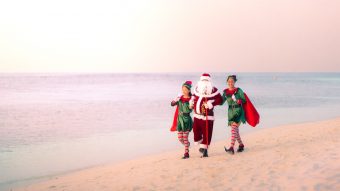 Hideaway Beach Resort & Spa prepares for the festive season with an extensive programme of events. Set from 21st December 2022 to 7th January 2023, the events will cover Christmas and Orthodox Christmas at Hideway or its Signature Collection.  Crafted specially for the kids, a variety of activities are planned from Christmas crafts and movie […] 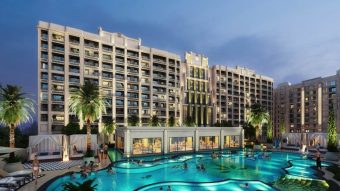