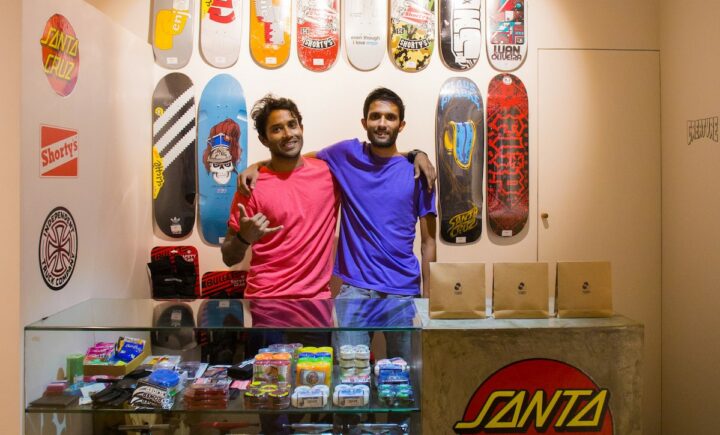 TODDY: The untold story of Maldives

Toddy Inc. is a 100% locally owned company, specialising in the trade of souvenir apparel, that began as a mere past time between two brothers Ahmed ‘Riya’ Riyaz & Mohamed ‘Faya’ Fayaz. Following its registration in 2009, the brand was launched in 2011 at ‘Toddy Kuda Bandos Beach 2011 (TKBB 11).’

“Old x-rays, a box cutter, some batik paint, and a piece of sponge was all we needed to make our tees. One of our uncles was an avid screen printer, we were inspired by him and we started experimenting with printing and making our own t-shirt designs.

“After years of doing this as a hobby, we thought it’ll be a fun idea to expand this as a brand. Souvenir t-shirts have been around for years but we never had a local apparel brand in the Maldives or at least heard of,” recalls Riyaz, managing director and co-founder of Toddy.

The next step for Toddy was to change its clothing material from normal cotton to 100 per cent organic and eco-friendly cotton. Notably, its line was the first of its kind introduced in the Maldives. All Toddy tees are made to the Global Organic Textile Standard (GOTS). Besides being an eco-friendly company, Toddy tees are made by fair trade certified factories; meaning, everyone involved in the manufacture of Toddy T-shirts, from the cotton farmers to the distributors are paid fairly for their work.

“Our entire production chain, from the sourcing of raw materials to manufacturing to the design stage is laced with love and compassion for mother earth and the people inhabiting this earth. The people involved in bringing a t-shirt from Toddy into existence are paid and treated fairly,” says Faya.

What really sets them apart from other souvenir traders is the inspiration behind their artwork. The creators at Toddy are inspired by Maldivian mythology, marine life, arts and crafts as well as historical events. Faya, the creative director and co-founder who designs all the Toddy products, makes sure there’s a continuity of style and flow used in all the designs.

“We plan to incorporate stories from the pre-Islamic as well as the pre-Buddhist era in the future that speak of rituals, and magic. It is no secret that the current historical records of Maldives are in a state of inadequacy,” adds Riya.

The manufacturing process of Toddy apparel is quite a long and intricate process. First, new designs are created from which only the best are selected for a new batch. After discussing with their manufacturers in India, it’s time to print samples. It may take several weeks of running back and forth before finalising samples and then moving onto to the mass production stage which again, may take up to 4-6 weeks. Finally, when the t-shirts are out of the factory process, each of the 2000-3000 t-shirts are checked individually, for quality and print alignments.

Toddy products are available at its showroom in STO Trade Centre, as well as few guesthouses. Customers can view their designs and stories on their social media platforms (@weartoddy). Apart from clothing Toddy also sells several other souvenir products. Some of the products include reusable flasks, snapback trucker caps, beach towels and recently introduced premium virgin coconut oil.

Running a business smooth and efficiently is not always as easy as it seems. Like other companies, Toddy also has had to face several major challenges. Lack of exposure to bigger markets and demographics being the main issue.

“Lack of access to a prime location to showcase our products, difficulties in entering the resort market, showcasing at the airport (due to age-old monopolies by large souvenir selling companies), logistics, and oh yes, sky-rocketing rent… If there are easier financing facilities here it would help a lot of small and medium-sized companies,” adds Riyaz.

The team behind Toddy has big plans for the future, including plans to expand its apparel line to include more beach accessories, and launching their online store. Moreover, they aim to make Toddy an internationally-recognised brand to spread the Maldivian stories across the globe and also provide a platform for more local artists to showcase their unique talents. #weartoddy #amaldivianstory Back in 1972, when the Maldives embarked on its journey of becoming a world-class destination that would eventually find its place on people’s bucket lists, little thought went into the design of tourist accommodation. At the time, such spaces were often made of coral stone, mortar and tin. In some cases, like with Gasfinolhu in […] 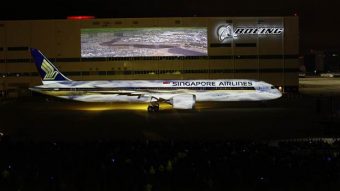 Singapore Airlines (SIA) has taken delivery of its first Boeing 787-10 from Boeing’s production facility in North Charleston, South Carolina. SIA is the world’s first airline to take delivery of Boeing’s newest aircraft variant, which is due to enter commercial service next month. The aircraft – the first of 49 787-10s that SIA has on […] 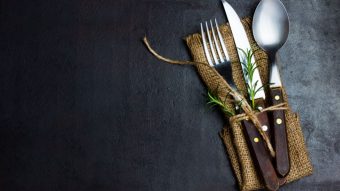 Make the most of restaurant analytics

The world of restaurant dining is evolving. Not only are opportunities for increased revenue occurring within the physical building itself, but with the growing use of social media, web advertising, rating sites like Yelp, Urbanspoon, TripAdvisor, and Foursquare as well as email, now there are new ways to reach a potentially untouched market.  Here, we […]