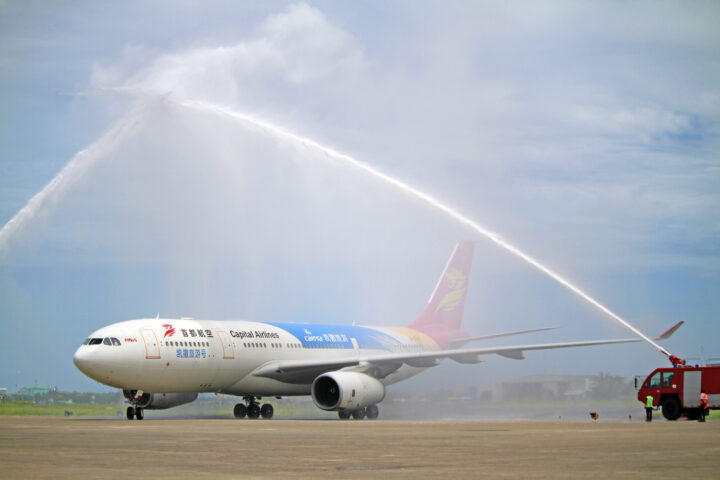 Beijing Capital Airlines, a subsidiary carrier of Hainan Airlines, has begun operating flights between Beijing and Male’. The Beijing-based carrier completed its maiden voyage this week, landing at Ibrahim Nasir International Airport on October 27th. Upon arrival, the flight was greeted with a celebratory water canon salute.

The airline will now operate three flights a week between Beijing and Male’, using leased A330-200 aircrafts. Flights will arrive in Male’ on Tuesdays, Thursdays and Saturdays.

The new route comes as the carrier continues to increase its international expansion, alongside growing Chinese outbound travel. The route is the airline’s second new route to debut this month, following the inaugural flight of the new Zhanjiang-Bangkok route on October 26th.

According to Air Transport World, the carrier is scheduled to take delivery of two more A330s this year and plans to expand its long-haul fleet to more than 30 aircraft in the next five years. 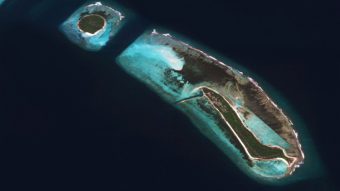 Gaaf Alif Mahaddhoo Island to be sold by JLL, announces Bank of Maldives

Bank of Maldives Limited (BML) has announced that it is putting Gaaf Alif Atoll Mahaddhoo up for sale. The island has been handed over to the famous Jones Langes LaSelle Incorporated, who will decide on the sale of the island. 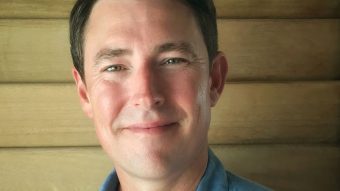 JOALI Maldives has announced the appointment of Alan Ball as the new Area Director of Sales & Marketing at the art-immersive, all-villa resort, which opened this month. In his role, Ball leads the planning and implementation of sales and marketing strategy, optimising the hotel’s revenue and market share to establish JOALI Maldives as a leading […] 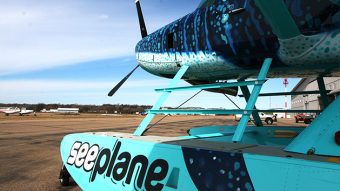 Domestic airline Flyme officially launched seaplane operations on Sunday, January 15 following successful promotional flights last year. The seaplane will initially operate out of Maamigili Airport in Alif Dhaalu Atoll, according to Flyme’s parent company Villa Air. The airline plans to commence seaplane flights to resorts in the atoll pending approval from the Civil Aviation Authority, Villa Air stated in a press release on Sunday. The aircraft is capable of landing in both water platforms and airport runways.