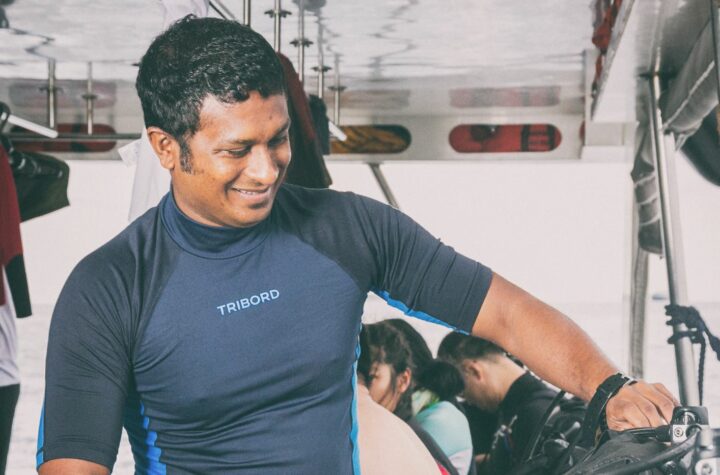 Mohamed Shammoon Ameen “Shumi”, a professional with over 21 years of experience in the hospitality and recreational diving industry, started his career at a young age when he fell head over heels in love with the ocean surrounding the unique island of Fuvahmulah. His intense passion for the deep blue sea grew as he conquered training, travelling to the United Kingdom, Thailand and Austria. He is now a certified SSI Crossover Trainer as well as a PADI IDC Staff Instructor.

Shumi and his lifelong friend Mohamed Madheeh always dreamt of establishing their own dive centre, with plans to build and operate it with the best of services. Shumi proposed the concept for South Ari Dive Centre to his friend, who readily agreed to take part in this venture.

South Ari Dive Centre, one of its kind and the first ever PADI five-star dive centre in South Ari Atoll, is located in the local island Dhangethi—the heart of the best dive sites in the Maldives. Today, Shumi is the Director of Operations at the dive centre. South Ari Atoll was chosen as the perfect point because of its famous year-round population of whale sharks and manta rays which cruise the outer atoll channel gorging themselves on planktons.

This makes it the ideal location for any ocean lover, where one can see all types of marine life. The mantas and whale sharks are regarded as the top diving features of the atoll. The centre conducts excursions to some of the best dive spots surrounding the island such as Kuda Rah Thila, Broken Rock, Five Rocks, Seventh Heaven and more.“Our dive packages are focused for all types and kinds of divers. The Maldives is often considered as an expensive place to be but we want to break that barrier and allow all categories of divers to experience the magnificence of marine life present in South Ari Atoll,” said Shumi. Shumi and his team have been careful with their hiring, wanting to provide their guests with the utmost best in service. They handpicked their minimal staff—the dive masters, Dhoni captain, compressor technician and general crew.

The dive centre and Shumi himself has expanded their repertoire over the years in the industry. Two years ago, Mala Boutique Inn was established as a private hotel and guesthouse located on the beachfront in Dhangethi Island.The guesthouse is hailed as environmentally-friendly and one that brims with simplicity in its design.

South Ari Dive Centre is famous in the island of Dhangethi for their preservation and environmental-conscious vision. Upon reflecting on the current state of the underwater world of the Maldives, Shumi says, “the coral life has definitely been damaged; I have witnessed the whole thing and recorded some of the video footages of the damage that is happening.” The team has strived to bring awareness about the importance of the protection of all marine life, bringing it to the attention of the community. They hope to make even bigger waves with authority figures on how to conserve the environment in the upcoming months. South Ari Dive Centre promises a fun-filled luxurious and magical experience with their practised staff at hand. 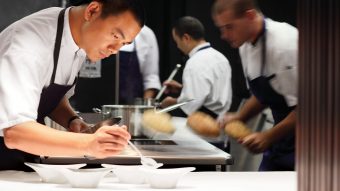 As part of his World Octaphilosophy Tour, Chef Andre Chiang will be at Kurumba Maldives from 14 to 16 August 2016, at the waterside Thila restaurant, to offer an exclusive menu for it’s guests. 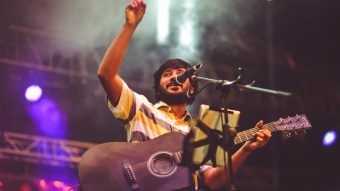 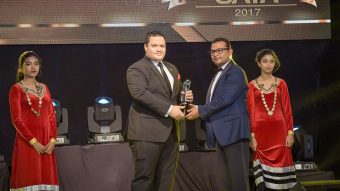 Maldives walks away with 24 prestigious titles at the South Asian Travel Awards 2017. SATA Awards is the first ever regional travel awards endorsed by multinational associations providing the tourism sector of the South Asian Region with recognition towards their facilities and service excellence. Maldives bagged top awards including Leading Honeymoon Destination, Leading Beach Destination, […]