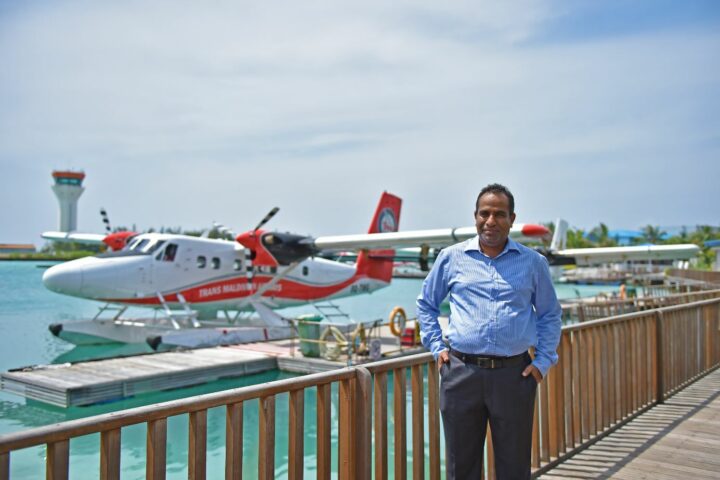 99% water and 1% land is how we often describe the Maldives; not only to ourselves but also to visiting tourists. Stories of long voyages on sea by sail, sometimes drifting to far away lands by the wind and current, are the stuff of folklore.

Then came George Corbin and decided Kurumba was paradise; which prompted the most enterprising age in the history of the country; the development and operation of island resorts for the consumption of holidaymakers; initially and primarily from Europe but then from the rest of the world as well.

The superimposition of resorts onto the archipelago – especially the introduction of luxury tourism, necessitated certain ways of doing things; like taking tourists from their arrival to the holiday islands they would inhabit for the duration of their stays in a safe, convenient and less time consuming way than before (not to mention the transfer of fruits, vegetables, meat and other items that need to be served to the tourists, which can still be taken on boats by sea, unless it’s someone demanding a New Zealand grown orange within 30 minutes, in which case a seaplane may have to be chartered).

When paradise was Kurumba transfers were easy enough. And when paradise moved to North and South Male’ Atoll and to Ari Atoll it was still manageable. But when paradise moved to Lhaviyani, Noonu, Addu, Huvadhoo, Haa Alif, Shaviyani, Dhaalu, Thaa, Raa, Baa and Meemu Atolls, it became a challenge that called for a new approach. Hovercrafts and helicopters failed to gain the trust of operators and regulators. The seaplane was found to be the perfect solution. The noise was compensated for by the safety and the seductive aerial views of turquoise stretching to infinity. It was an ideal way to give tourists a first impression of the destination they had just arrived to spend their holidays in; transferring guests to and from the main airport of the country.

Concurrent to seaplane operations, regional domestic airports were also being developed and operated. Now dotting the archipelago from the north to the southernmost island of Gan in Addu Atoll, there are a total of thirteen operational airports in the country with another six in development. There are two seaplane operators and three regular carriers catering to over a million tourists visiting the Maldives every year.

With such growth and development in connectivity you would think the anxiety levels of resort and hotel operators would be low compared to two decades back. However, although for the most part transfer movements are reliable, anxiety remains high as confirmation of transfers and seat availability can be highly unpredictable at times, and cancellations and flight delays are not too infrequent; causing guests to miss out on international flights, etc. A delay in a domestic flight or seaplane transfer can mean expensive compensations in hotel stays and new travel arrangements to be made for the guests by travel agencies, tour operators and sometimes by resorts and hotels themselves. In addition, there can be additional losses to the tourists, in missing out on important occasions and duties.

To throw some light onto the issue of connectivity, we decided to speak to those in charge of carriers responsible for the smooth transfers of guests within the country. We hope it will give you useful and important insights.

In this first of a four-part series, we feature an exclusive interview with AUM Fawzy, Managing Director at Trans Maldivian Airways.

Hotelier Maldives: Trans Maldivian Airways (TMA) and Maldivian Air Taxi (MAT) merged in 2013 to lead the way for the establishment of the largest seaplane operator in the world. As someone with over two decades of experience in the Maldives, how has it positively affected the domestic aviation industry?

This was further established with the introduction of seaplanes by MAT, which was soon followed by TMA—both companies had been instrumental in facilitating growth by catering to the ever-increasing demand. The merger of both companies in 2013 definitely faced some challenges in the beginning, but it definitely paid off in the long run.

And with the merger, we became the largest seaplane operator in the world, giving us more strength and resources in catering to our clients—it was also an opportunity to access the best of both companies; knowledge, expertise, experienced-staff; technical know-how, etc. which helped us shape our service standards. Above all, it enabled us to continue to effectively cater to the growing demand for safe and convenient means of travel for Maldives’ tourists; the increased connectivity was a stepping stone attracting increased investments in the hospitality industry.

HM: With increased airline connectivity throughout the country, other airlines have expanded their fleets with float operations. How has this increase in direct competition affected your operations?

AUMF: Regardless of the competition, our vision has always been to further strengthen the company and continue to be the backbone of the transportation infrastructure in the country. For over a million visitors every year, TMA is the face of the country; we are at the frontline meeting and greeting them, and welcoming them to the Maldives. We believe that first impressions leave a lasting memory, and it could be this impression that determines whether they want to come back.

Our teams work tirelessly with this mindset, both individually and collectively, to improve our service standards and ensure our guests have the best and most unique experience. This commitment to service excellence, coupled with a highly dedicated, qualified and experienced team, makes us the strongest in the industry and we are certain that it will remain the same for the years to come. The increase in competition is healthy and helps us keep innovating to move ahead in our journey.

HM: Concerns over the environmental implications of air travel are on the rise. What are some of the “green measures” implemented by TMA to address this?

AUMF: Being in a privileged position comes with its fair share of responsibilities, and we believe it is our duty to protect and preserve this unique and fragile environment that we call home. We have been certified under the International Organisation for Standardisation and have obtained the ISO 14001:2015 certification for Environmental Management Systems; all our operations are conducted in accordance with the standards.

Our seaplane platforms are also designed in a way to cause minimum disturbances on marine life and requires minimum space on the surface and seabed. Our flight schedules and routes are optimised to minimise fuel consumption and wastage. Effective waste management practises are in place within our premises, and we work closely with our resort partners to ensure proper waste management at our outstation platforms.

HM: With the expansion of the seaplane market, what strategies are you implementing to address the growing competition?

AUMF: Maintaining our position as the market leader and the largest seaplane operator in the world is our pride. Along with these titles comes the vast knowledge of being the oldest and most experienced air service provider in the Maldives operating for over three decades. With our present fleet of 52 DHC- 6 twin otter aircraft and the proposed expansion of the fleet before the end of this year, we are certain that we would be able to cater to the increasing transfer requirements of our existing clientele and attract new clients. We believe it is our commitment to service excellence, unbeaten safety record and a high degree of flexibility to cater to last-minute needs of our clients along with a highly qualified and experienced staff makes us the most desired seaplane operator in the Maldives. 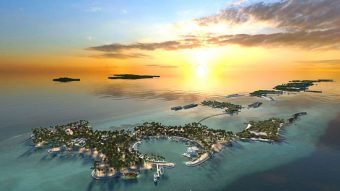 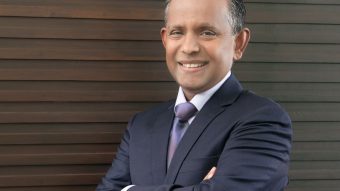 A bet in a pub ended up in a chain of events that paved the way for Dillip Rajakarier in the growing hospitality industry; present-day he is the CEO of Minor Hotels and COO of Minor International.  With a passionate drive, agile leadership and a global outlook on the wares of the business model, Dillip […] 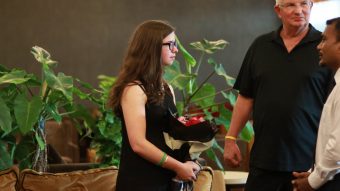 The Maldives warmly welcomes the first visitor of 2018, as the government announces plans to spend over MVR100 million on destination marketing this year. Tourism Minister Moosa Zameer made the announcement speaking at a special countdown show held to welcome the New Year. “The government, in collaboration with tourism industry stakeholders, will conduct a number […]