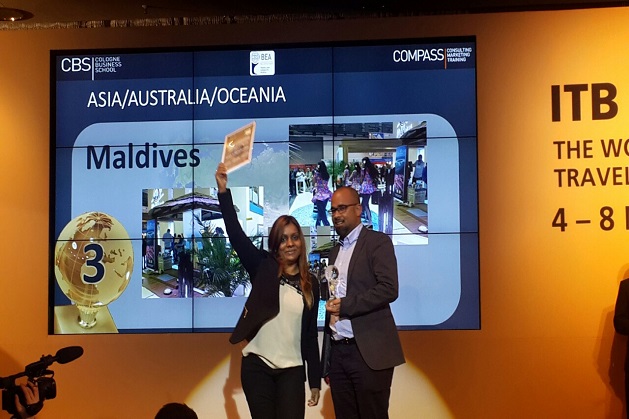 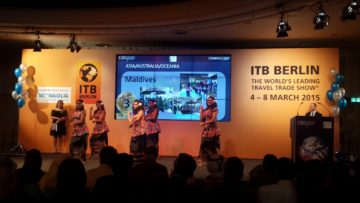 The Maldives has won the third best exhibitor award at the ITB Berlin Convention 2015.

Over 30 bachelors and masters students at the Cologne Business School (CBS) evaluated all 11,000 booths during the first three days of the exhibition, the Maldives Marketing and Public Relations Company (MMPRC) explained a statement.

“These stands were assessed according to numerous criteria such as creativity, originality, service quality, sustainability and special effects,” MMPRC noted.

After accepting the award at a ceremony organised by CBS on Saturday night, MMPRC Managing Director Abdulla Ziyath thanked industry partners for their collaboration in making ITB 2015 a success.

Maldives was placed behind South Korea in first place and India in second place.

Rwanda meanwhile won the ‘Best of the Best’ award. 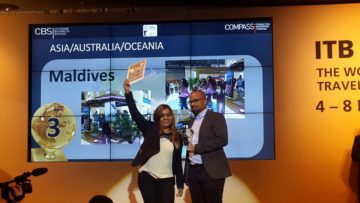 Some 75 companies from the local tourism industry represented the Maldives at the ITB Berlin Exhibition.

“Maldivian culture was promoted in the stand through cultural performances, handicraft activities and display of Maldivian made short eats,” the MMPRC statement added.

“In addition the spa area in the stand highlighted the relaxation and rejuvenation segment of the Maldives tourism. As per the MMPRC officials present in the fair, these areas grabbed a huge amount of attention from the visitors.”

The annual InternationaleTourismus-Börse (ITB) Convention is the world’s leading travel and trade show.

Last week, the Maldives was named the country partner for the 2016 ITB Berlin Convention.

“Starting from 10th March 2015 till the beginning of ITB 2016, Maldives together with ITB will be promoting the event on different media platforms,” the MMPRC noted. 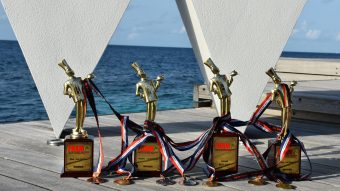 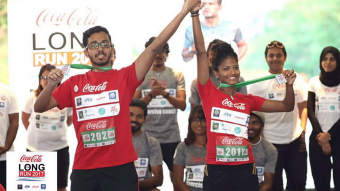 The Coca-Cola Long Run 2017 has been launched with a special emphasis on attracting international runners. The  annual event – organized by Total Fitness Group (TfG) – will be held on April 14 in Hulhumalé. The event was introduced in 2013 with 210 runners; with 50 runners participating in the country’s first half marathon. “The […]