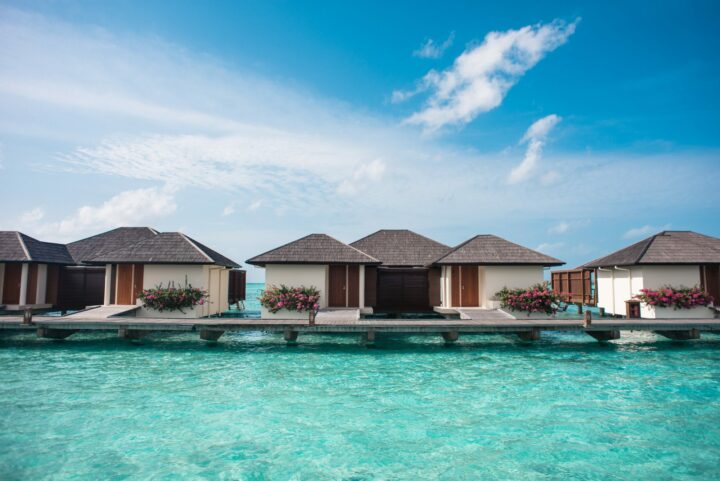 As a matter of light conjecture, the Maldives is reported to offer the best quarantine facilities – fully functional tourist resorts.

As we all know, the Maldives is under a public health emergency since 12 March 2020. That was a step taken in reaction to the first positive Covid-19 case in a visiting Italian tourist a few days earlier on 7 March 2020.  Today, the Maldives has over 500 active cases, and one death.

As new infections keep rising, quarantine and isolation facilities are the most essential tools in the government’s arsenal to help combat the spread of the virus and delay an intolerable surge.

Instead of creating large-scale facilities amass, the government has opted for the expediency factor by converting tourist resorts and tourism establishments in the now “shuttered” tourism industry into quarantine and isolation facilities. It is an added blessing (from a public health perspective) that these resorts are self-contained islands isolated by sea and distance.

But how does the legal angle work behind the converting of these resorts into quarantine facilities?

The minister of health is given the power under the Public Health (Protection) Act of 2012 to commandeer a building to convert it into a quarantine or isolation facility. If it is a residential building, the minister may provide an alternative accommodation for the residents of the commandeered building. The minister is empowered to takeover a building by giving written notice specifying the period and purpose of the takeover so long as the period of possession does not exceed 12 months. If an owner of a building resists possession, the minister may apply for a court order.

If the building is commandeered under the Public Health (Protection) Act, the owner of the building is provided compensation for the period of possession based on the prevailing rental rate in the vicinity.

A building has a rather loose definition in the Act. it is defined to include structures erected on land, and those affixed to land (permanently or temporarily) and can include properties (residential or otherwise) and all forms of vessels (sea, air and land).

If the Public Health (Protection) Act is invoked, the power is given to the minister of health.

Maldives’ resorts are apparently being relaunched as quarantine facilities not under the powers given under the Public Health (Protection) Act, but under the Tourism Act, and more specifically under the Island Lease Agreement – but with some “improvisation”.

While s14 of the Maldives Tourism Act of 1999 recognizes only one event of repossession of a resort – for national security purposes – the Island Lease Agreement provides for two instances of repossession.

In most Island Lease Agreements, the clause is titled “Emergency and Public Purposes”.

Generally, in an emergency, the Ministry of Tourism (as the Lessor under that Agreement) is allowed to suspend the lease agreement and take back possession of the property with or without notice.

The period of suspension is excluded from the computation of the term of the agreement – as the Island Lease Agreement remains suspended.

The Agreement goes on to provide that the fact of existence, continuation or cessation of the emergency falls entirely within the determination of the Lessor, that is to say, the Ministry of Tourism.

This is where the “improvisation” is introduced.

Technically, in an event of repossession under an emergency, the island’s possession gets returned to and come to vest in the Ministry of Tourism as opposed to the owner of the resort. By the same logic, what the government does with the property or how it decides to use the property for the specific emergency is also entirely within the domain of the government. During the period of repossession, there is no role for the owner as there is no continuing possession with the owner.

However, in this specific instance, and for the purposes of the current takeover for public health reasons, the government has come up with a “creative and practical” solution.

If things had stopped with a notice of repossession citing emergency, this would have been an open and shut case. The government will be quite within the existing lease agreement to take over the island temporarily by suspending the lease agreement. The authority of the government to do so would be beyond any dispute.

However, it kind of evolves from here into an entirely different arrangement.

The government signs a short addendum to the Island Lease Agreement that lays down the new arrangement for the period of the suspension.

The government has opted to come into an understanding with the owners for the scope of this takeover by signing an addendum to the Island Lease Agreement.

By reason of this addendum, the owner continues to be on the island, be in factual possession, and proceed with the operation of the island – not for exploitation of income or accommodating tourists – but for placing individuals on quarantine and isolation.

The ties between the government and the owner of the property are not suspended for the repossession period. The management of the resort continues to be engaged on the island and the island continues to function in almost all aspects such as with the provision of water, electricity, food, room service, laundry, general maintenance, repair, cleanliness, and the like.

The rent is not actually excused or waived by a specific act of the government. When the lease agreement is suspended, the period of lease is not taken into account while calculating the term of the lease. That is already stated in the Island Lease Agreement.

It is logically correct that there is no rent due or payable for a period that falls outside the lease agreement and is not counted within the lease period.

That is how the period of suspension becomes a rent free period.

For this new role of the property owner, a fee of MVR 750.00 is paid per day for each room that is occupied. The owner is only paid that predetermined figure by the government.

The owner cannot ask the government or expect the government to pay any other fees, charges or be responsible for staff salaries. The owner is also prevented from making any claims for loss of profit or seek any damages. Further, the owner may not approach the government for any form of specific relief or special consideration from the government in return for performing this new role.

This new addendum is entered into “voluntarily” and while being “fully aware” of the terms of the addendum.

This is definitely not a commercial arrangement. The cost of operating a resort even as a quarantine or isolation facility would far exceed the remuneration of MVR 750.00 per occupied room, and is entirely borne by the owner.

It is at best a humbling contribution from the tourism industry generally, and the participating owner more specifically.

This is evidently a manifestation of a form of social responsibility on the part of the participating resorts – who continue to be net contributors to the Maldives economy and society.

Not all resorts are participating in this effort. Out of some 150 resorts in the Maldives, only 20 or so resorts have so far agreed to be part of this program.

This arrangement only “excuses” lease rent payment (which is a relief) but costs associated with the operational expenditure may be higher than MVR 750.00 per occupied room received in consideration.

The government has the power to unilaterally extend the suspension for another quarter. If there is a revival of tourism in the Maldives come July or August (after the period of this intensity is over), the resorts joining the program may lose out on an additional quarter or potential revenue in any post July comeback of tourism. This is especially unequal when those not on the program may jolly well reap the benefits of an upturn in tourism during the next quarter.

Since resort beds are generally sold in advance, the resorts may not be able to earn revenue right after the release of the property from suspension – as it would take time to transition back as a resort and reposition the property for commercial exploitation. Therefore, there is every likelihood that the participating resorts may lose out on an additional quarter as well.

The Maldives is in a cliff-edge moment. The economy is in free fall as Covid-19 has demolished revenue streams and constricted economic activity.

Even as the tourism industry is having to bear the brunt of this virus induced recession, and bite the effects of it the hardest, it is at moments such as these, that the character of the industry shines bright when they rise to a calling higher than the ordinary.

Taking part in a program to allow resorts to be converted into quarantine facilities despite great cost and expense to owners, is one such trait that manifestly permeates that exalted character. 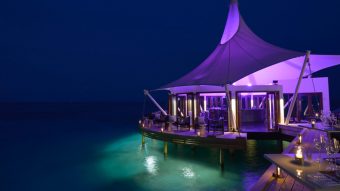 Culinary Delights at PER AQUUM Niyama

Niyama offers some of the most unique, and consequently awardwinning, food and beverage outlets that the Maldivian tourism industry has to offer. 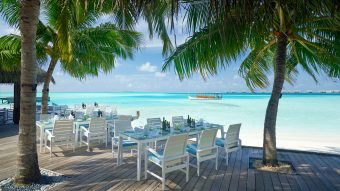 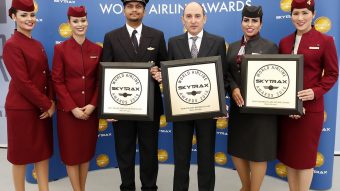