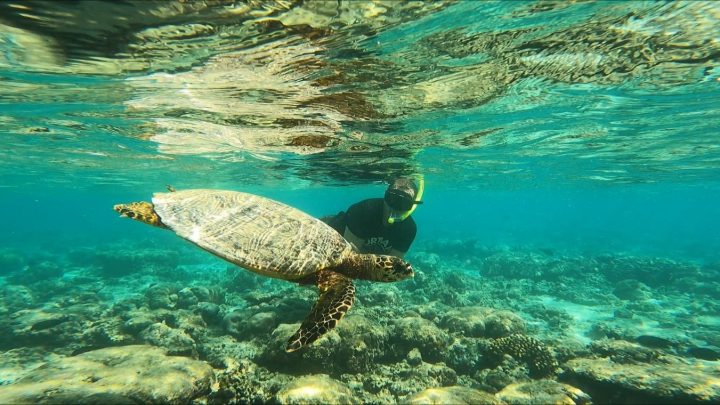 For World Turtle Day on Sunday 23 May, an annual observance that highlights the necessity to protect these sea creatures from their disappearing habitats across the world, several Maldives resorts are undertaking conservation efforts to keep these islands welcoming to them. The archipelago is home to five of the seven different species of turtles in the world. These include the Hawksbill sea turtle (Eretmochelys imbricata), Green Sea Turtle (Chelonia mydas), Loggerhead (Caretta caretta), Leatherback (Dermochelys coricea) and Olive Ridley sea turtles (Lepidochelys olivacea).

The Westin has been tracking all their nesting turtles and they also educate their staff in turtle nesting events. In Baa atoll the hawksbill species is prominent. The resort has teamed up with Aqua for the marine-based activities including some initiatives to protect the unique ecosystem that surrounds the island including its turtle conservation programme. According to Aqua’s marine biologist Llewellyn Tossel on the morning of Sunday 23 May, the resort will host an educational turtle snorkel with guests along with a presentation about turtles and the role they play in the marine ecosystem. In the afternoon, the resort staff will clean up the reef from plastics, lines and garbage to provide a better environment for the turtles.

A Hawksbill sea turtle laid her eggs at Kagi Maldives Spa Island on Saturday, 15 May 2021, eight days before World Turtle Day. After the mother turtle slowly dragged herself back to the ocean, the resort team promptly secured the nesting site with a protective fence and clearly marked with a ‘Do Not Disturb’ sign. There are three nests on the beach and the resort hopes to see the arrival of the first hatchlings by June and these ones by end of July.

Like many sea turtles, Hawksbills are listed as critically endangered on the International Union for Conservation of Nature (IUCN) Red List, due to their beautiful, translucent shell being used for decoration and fashion purposes.

According to studies carried out by the Olive Ridley Project, Hawksbill turtles reach sexual maturity at around 30 years of age. By this time they can lay up to 200 eggs in each nest that take forty-five to sixty days to hatch. Intriguingly, female Hawksbill turtles return to their hatching sites every two to three years to lay their own eggs.

Almost half of all the identified green sea turtles in the Maldives live in Lhaviyani Atoll, where Crown & Champa Resorts has five of its properties and nearly all of them can be found around the Kuredu Island Resort house reef.

The marine life around Kuredu Resort Maldives is incredible, offering the chance for guests to snorkel and scuba dive with turtles and other marine animals. Witnessing these creatures in their natural environment is a big highlight for many guests. Kuredu’s Marine Centre in collaboration with Prodivers and the Olive Ridley Project is a research institution feeding into the important work of the Olive Ridley Project. The resident marine biologist Emily Mundy is a turtle specialist.

At Meeru, staff will mark the occasion by offering guests turtle adventure snorkelling and turtle exploring as well as showing a film: Marine life presents: “Turtles and the aquatic view in the Dhoni Bar.

The Maldives represents both a feeding and a nesting ground and plays a critical role in the life cycle of turtles. Over at Raffles Maldives Meradhoo has two house reefs, different in terms of marine life but equally beautiful. The one around the island is protected from the currents and home to 25 resident hawksbill turtles. The one around water villas is more exposed to the currents of the Meradhoo channel and it’s therefore, the perfect place to encounter sharks, tunas, dolphins and big jackfish. Marine biologist Giulia Pellizzato is currently working on a sea turtles photo identification project and sea turtles monitoring project. The former, in collaboration with Marine Savers and Olive Ridley Project, aims to track the movements of the turtles between reefs and atolls. The latter aims to collect data on sea turtles’ behaviour and discover what the role of the house reef plays in their life cycle and whether it is a breeding, feeding or nesting area. 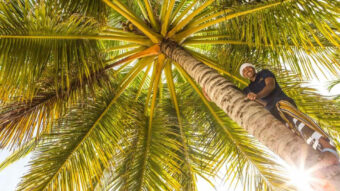 Reconnect To What Matters Most At Baros Maldives

The legendary Maldivian island resort of Baros invites guests to reconnect and experience the essence of island life and the simplicity of enjoying time with a partner, family or friends.  Because recent events have not been easy on everyone, and life has changed for many reasons, Baros offers an opportunity for guests to reconnect with […] 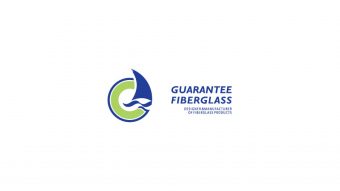 Suppliers You Should Know: Guarantee Fiberglass

For this Suppliers You Should Know: Boat builder’s edition, we’re shining the spotlight on Guarantee Fiberglass. Registered in 2000, the company provides 24/7 Dry Docking & Fibreglass Vessel Repair Services in addition to designing and building marine vessels among other services. Have you introduced any new product range? If yes, what are they? We have introduced […] 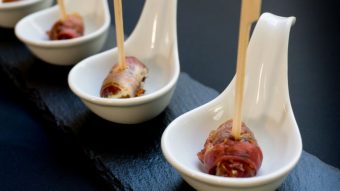 The holy month of Ramadan is a festive period for Muslims across the globe, especially at sundown when families and friends come together to end a day of fasting. It is the time for a feast of celebration, and a must-do is to break the fast at a café or restaurant, where special iftar menus […]