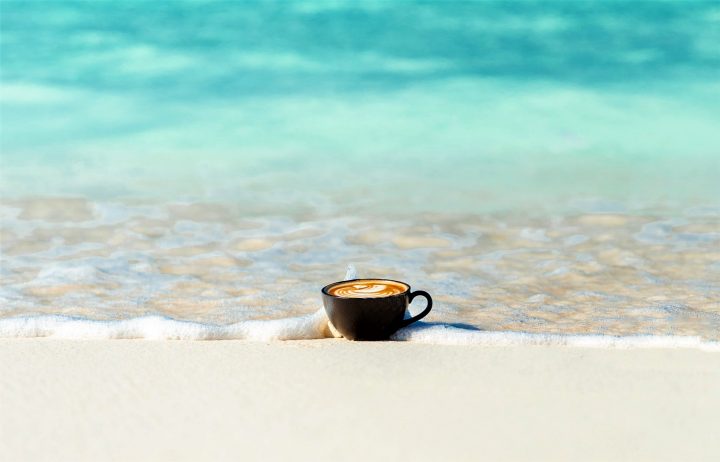 The Flourishing Coffee Market in Maldives

Coffee is a great way to start a day, and to many people it is an essential part of their daily routine. Surprisingly, prior to 2002, tea was the beverage of choice in the Maldives! Coffee arrived first as Melitta filter coffee, closely followed by LavAzza in 2003, paving the way for a whole new beverage concept that was already popular in other parts of the world.

Initially only a few places such as the Nasandhura Palace Hotel had coffee machines, so coffee had a very small select market. However, after the tsunami, coffee began to grow in popularity with the opening of small restaurants and coffee corners. Coffee would be served as a stand-up shot and go, or to have with nuts and a chat in the morning, afternoon and late into the evening, usually accompanied by a hefty dose of sugar, cigarettes, and tobacco smoke!

Meeting for coffee, is now an accepted part of daily life, with LavAzza, Illy and Nescafe being the most established brands. However, the coffee culture of sip and savour that is more synonymous to coffee shops and coffee houses elsewhere in the world is a comparatively new addition to the Maldives, precipitated by the opening of the first fully air-conditioned café in 2011. This provided a light airy place for people to gather without the ubiquitous odour of stale tobacco, thereby opening up the market to families, resulting in a demand for both coffee and similar places to frequent.

The next catalyst for the coffee boom was the introduction of speciality coffee. Initially imported from Singapore by Jazz Café, until they realised a better product could be achieved if they roasted their own. This coincided with another coffee lover having a similar idea. Hence, in 2017 two roasters Civil Coffee and Meraki began, followed later by The Coffee lab, providing the Maldives with three roasters who could provide a customised blends for local cafés, restaurants, and resorts, giving the growing cache of coffee lovers a rich variety of choice.

Coffee is a fruit! Coffee Cherries are small red berries that grow on the coffee plant. It is the seeds inside these red fruits that are roasted into what we know as beans. Coffee was initially identified in Ethiopia and first cultivated in Yemen. Coffee is now grown in more than 50 countries around the world, with Colombia and Brazil, being the two biggest producers. There are thousands of different species, two of the most common are Arabica and Robusta.

Coffee beans are actually green, only becoming brown on roasting. It is widely accepted that beans are best a week after roasting, which was one of the prime motivators for the start of roasting in the Maldives, and one of the reasons why there is such a disparity of taste in the same types of generic shop bought coffee. Check the dates before you buy, as some having been sitting on shelves at high temperatures for months!

The culture surrounding coffee and coffeehouses dates back to the 16th-century Turkey, when it became known as the wine of Arabia. Muslims in the Ottoman Empire found that coffee made a great substitute for the wine that their Turkish colleagues were consuming, soon coffee houses became the social place to be, and where people went to relax and catch up on all the local news.

In the late 17th and 18th centuries, coffeehouses in London became popular meeting places for artists, writers, and socialites, as well as centres for political and commercial activity. A coffeehouse or café being an establishment that primarily serves coffee, as well as other beverages. In the 19th century a coffee house culture developed in Vienna, which spread throughout Central Europe establishing not only social hubs but also artistic and intellectual centres. 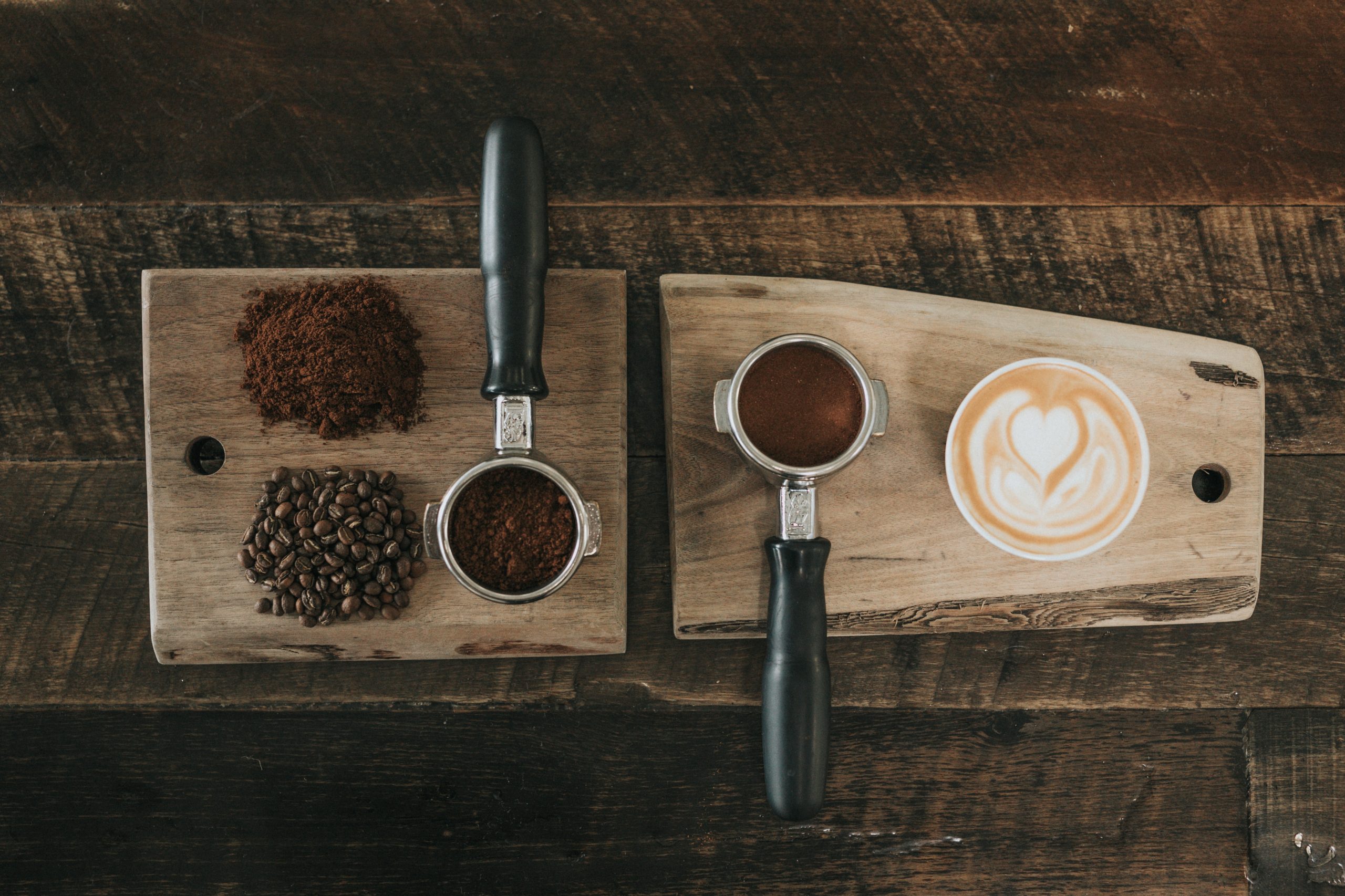 Nowadays, most European coffee shops offer access to free wireless internet thus encouraging business or personal work. Coffee Culture is known as the set of traditions and social behaviours that surround the consumption of coffee, and refers to the adoption of coffee as a widely consumed stimulant! Depending on where you look, coffee is deemed to be either the second or third most consumed drink in the world.

In recent years, the coffee industry in the Maldives has exploded, with coffee shops and kiosks on virtually every street and street corner, providing a wide diversity of places to enjoy a coffee at any time of day or night.  Café owners have become more adventurous in their concepts with nice airy spaces, comfy seating and atmospheres convivial to relaxing and enjoying the coffee, as opposed to the staider restaurant with a coffee machine concept.

There are now numerous brands of coffee in the Maldives and unsurprisingly, a number are from Italy. Whilst LavAzza and Illy are still very popular, some other brands growing in popularity are Trucillo from Italy and Catunambu from Spain. The Instant Coffee market has also expanded with Nescafe fighting for shelf space against premium brands such as Davidoff and Movenpick.

The explosion of the coffee culture means there is literally something for everyone. Coffee demand is growing exponentially and now widely available in a variety of establishments; coffee kiosks, coffee shops, café’s, restaurants of all sizes, even some supermarkets have coffee machines, all offering a diverse mix of varieties and flavours. Some establishments have their own unique blend created by one of the Roasters, to attract the more discerning coffee drinker.

Numerous guest houses and resorts now have small pod machines in the rooms, creating a market for an array of coffee machines, capsules, and pods, which provides a seemingly endless variety of options, which are also ideal for home and office use. Lockdown boosted coffee consumption even further with households making the most of their coffee machines, whilst coffee places saw a surge in takeaway coffee’s, a trend that has continued.

The appetite for good coffee and coffee places has created new job opportunities as the demand for professional barristers is growing.  Making a good cup of coffee is an art which requires passion, knowledge, and practice.  A good barrister can create appealing designs and flavour combinations to captivate an audience that is getting more and more discerning. You only need to try a few coffee shops to realise that the same coffee can taste completely different depending on how it’s prepared, the way the machine is maintained and the freshness of the beans.

Look forward to our next article for what makes a good cup of coffee and where you can find one.

Featured Image by Afrah on Unsplash 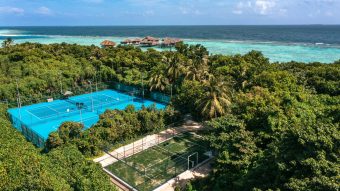 Vakkaru Maldives has announced the launch of their brand-new padel tennis court, located in the heart of the island, surrounded by tropical greenery. As per the resort, the new court is ideal for those looking for a fun, sociable sport or fitness enthusiasts who need a serious workout and will be open daily from 07:00 […] 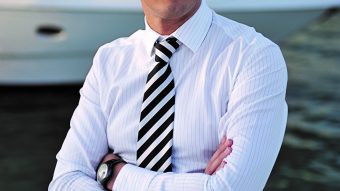 First and foremost, can you tell us a little bit about Gulf Craft and your role in the company? In the last three-and-a-half decades, Gulf Craft has witnessed a significant transformation, growing from an industrious builder of fishing boats into one of the world’s leading superyacht shipyards with a strong global presence stretching from Europe […] 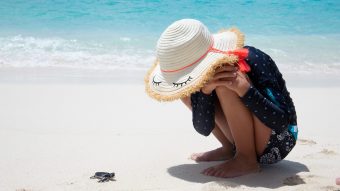