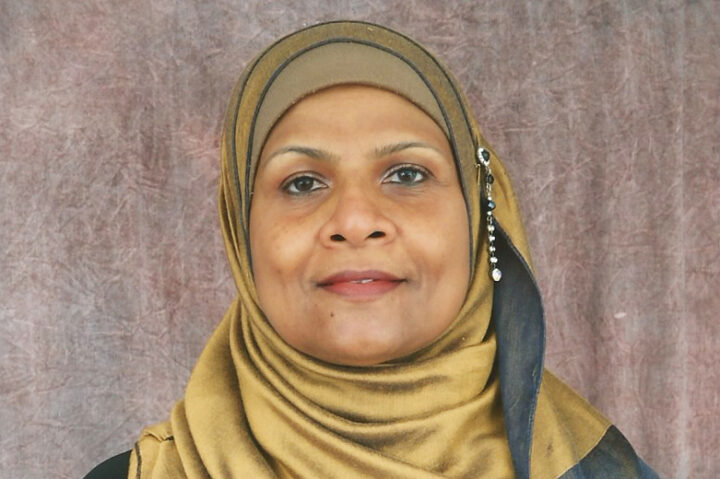 Women in Hospitality: Maryam Noorden, Founder of the Chefs Guild of Maldives 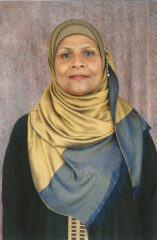 In this week’s ‘Women in Hospitality’ offering, we speak to Maryam Noorden, the former Dean of the Faculty of Hospitality Studies at the Maldives College of Higher Education. Here she speaks to Hotelier Maldives about the growth of training opportunities in the Maldives over the past two decades and about her latest project, the Chefs Guild of Maldives.

How did you enter the hospitality sector?

When I was a teenager, I went to a boarding school in the UK where I completed my A-levels. I had always assumed I would become a nurse but I realised that the sight of blood made me dizzy – so I had to rethink my plans! Instead, I stayed in the UK and completed a Diploma in Hotel Management. My family were already in the hotel business and I’ve always been a people-minded person, so it made sense. When I returned to the Maldives in 1987, I was 22 and excited to become a part of the country’s growing tourism sector.  However, despite having studied for my diploma, my family weren’t keen for me to work in a resort. Very few women worked in resorts at that time – even fewer than today and so rather than be disappointed, I turned my attention to another aspect of  the Maldivian hospitality sector – the hotel school.

What was the hotel school like at that time?

The hotel school, which at that time was called the School of Hotel & Catering Services, was run by the government but it was funded by the UNDP. When I joined in 1987, several expat consultants were in charge of the school. At that time, there were 22 students, all in their late teens. They had completed their o’ levels and the hotel school offered them a school certificate in General Hotel Services. These courses were all free of charge. By 1990, the UNDP had made me a counterpart head of school, alongside Michael Jay, who was the head at the time. He trained me to take over, which I did when all the consultants left at the end of 1991.

How did the school develop during your time as the head? 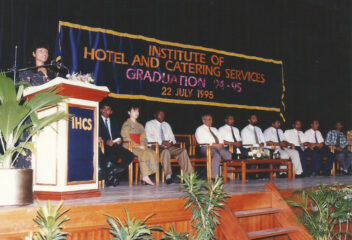 After the school became an institute in 1992, one of my main goals was to introduce better courses to the school. I realised that the best way to do this was to partner with hotel schools and universities abroad. In 1994, I got in touch with the Birmingham College of Food, Tourism & Creative Studies (now known as the University College Birmingham) and we agreed upon an affiliation which would see the students of the institute in Male’ be registered at the Birmingham College. In 1995, we launched the BTech programme which was accredited by the Birmingham College and which over the years would develop into a higher diploma and later a degree course.

Another great initiative was that when, in 1998, the institute became a faculty of the Maldives College of Higher Education, (after which my title changed to Dean of the faculty) the Asian Development Bank gave us funding to ensure that all staff was educated to degree level.

I also became a student again and I self-funded my bachelors and masters degrees in Hospitality Management in Male’ through the block mode scheme with the University of Birmingham.

What were the greatest challenges you faced during that time? 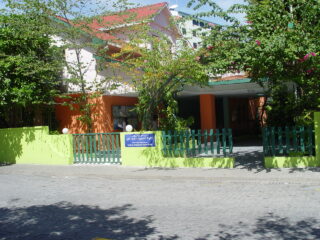 Well, even though we had funding for our lecturers’ development, money was always an issue. The building was so old and we couldn’t keep up with the developments that were being made in the resorts at that time. In 1988, the Indian Prime Minister visited and declared that he wanted to build a new hotel school. It ended up taking 25 years to complete!

What did you enjoy most about being a part of the hotel school?

i’m so passionate about training and it was always such a pleasure to see people gain qualifications and go off to work in the resorts. Whether that is in front office or as an air-conditioning technician, it is the same for me. I really developed a love for training and that stayed with me when I was part of the TVET programme.

At that time, were there many young girls wanting to join the hotel school?

There were always more boys than girls at the school. Of the girls that did join us, many would stay with us as lecturers once they completed their studies, rather than join the workforce in the resorts. It meant that we often had trouble finding placements for the female trainees, as resorts were reluctant to take female candidates because of accommodation issues. As accommodation is shared in resorts and many had barely any female members of staff at that time, we had to send at least three candidates together so that they could share a room. The logistics were quite tricky.

When did you leave the hotel school?

Do you think that we’ll ever see higher numbers of female staff members in the resorts?

The 2005 Tourism Master Plan set the goal to have 25% of tourism employees be female. My masters thesis actually challenged that prediction. Sadly, it’s not a realistic number right now. There’s still a strong belief in this country that girls need more protection.

What do you think are going to be the biggest changes in the industry in the near future?

I actually think the restaurant business, especially in Male’, is going to change. At the moment, we have very low expectations of the restaurants in terms of service. However, people are beginning to demand higher levels of customer service. The same goes with retail – it’s a growing trade. What I think we might see is those people who are reluctant to work in resorts starting to infiltrate this industry and improving it.

What are you working on right now?

In October 2014, I founded the Chefs Guild of Maldives. The guild is open to anyone who is working as a chef in the country- Maldivian or expat. It’s not only a great way to network but members of the guild can then participate in national and international exhibitions and competitions. The guild is now a national member of the World Association of Chefs Societies. The guild is also now partnering with the Food & Hospitality Asia Maldives exhibition and oversees the culinary challenge. 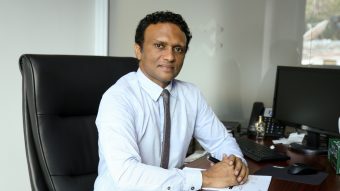 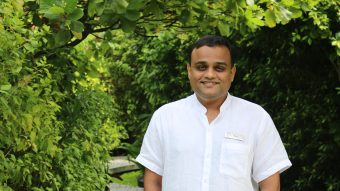 Dr Rahul Krishnan spearheads the wellness experience at The Spa by Thalgo France, Sun Siyam Iru Fushi as spa manager. Charmingly situated amidst lush vegetation, The Spa by Thalgo France is one of the largest spas in the Maldives, featuring 20 treatment rooms, as well as hydrotherapy pools, steam rooms and saunas. Hotelier Maldives interviewed […] 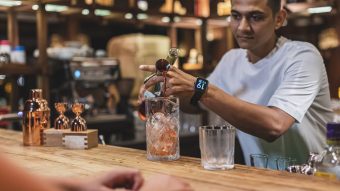 Akshay Prakash Ingole is a bartender at JOALI. Originally from central India, he graduated with a degree in Hotel Management and Catering Technology. His older brother, who is in the same industry, inspired and guided him to choose a career in beverages. Once he decided to train as a bartender, Prakash was able to explore […]