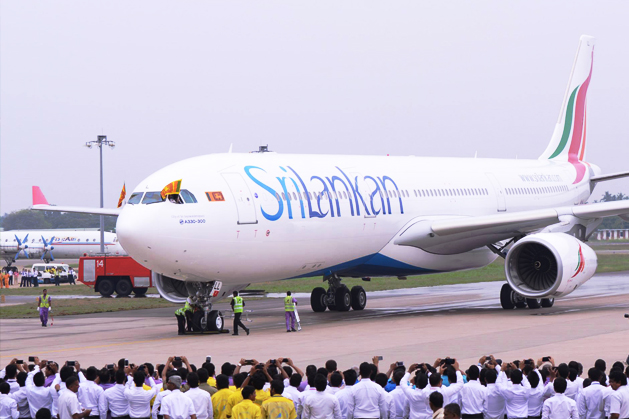 Role of airlines in the tourism industry

The astounding growth of the airline industry and international tourism has made the world a delightfully smaller place with a colossal level of mobility and accessibility. With over a billion tourist arrivals recorded globally, the Maldives is also enjoying unprecedented numbers of arrivals with forecast of further increases in the coming years.  With the official opening of the international airport in 1966, then known as Hulhule Airport, it did not take long for the first tourist resort to open in the island of Vihamanaa Fushi, close to Male. The resort was Kurumba Village and opened in 1972. From then on there has been a direct correlation of the growth of both these industries as government policy geared towards the development of the airport and increasing the number of resorts. 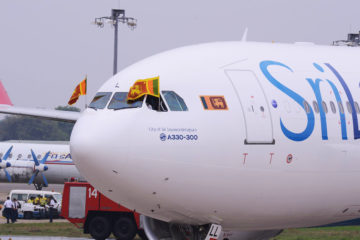 As the government recognized the importance of a thriving tourism industry for the economic development of the country, it was crucial that the international airport be developed to facilitate the growing number of airlines coming into the country. Initially it was charter flights from Europe and Air Ceylon, which had been operating as far back as 1962 even before the airport was officially opened. The 1970’s saw the opening of 24 tourist resorts in the country, mainly in Kaafu Atoll. To cater to these establishments the government upgraded and developed facilities for international arrivals, improved the runway for long haul flights to land and established smoother immigration and customs procedures. This phase of airport modernization continued throughout the 80’s as more resorts cropped up all over the country, in a dedicated effort to influence development throughout the nation. By now major international carriers were operating scheduled commercial flights bringing in an unprecedented number of tourists and the resorts were trying to keep up with the ever increasing demand.

The first two decades since the onset of the tourism industry was truly a remarkable stage in the development of the Maldives. The natural splendor of the Maldives had been laid bare for the world to see. Without the introduction of airlines, or the rapid improvements of the airport, the islands would have been woefully inaccessible. Or, more sadly, would not have the opportunity to welcome guests even if established worldwide as a premium holiday destination.  And as tourism expanded, the nation’s progress and prosperity took giant leaps from its ancient economy comprised of simple fisher folk. Today the 34 airlines and 11 charters operating to Maldives brings in large numbers of tourists to occupy the 105 plus resorts, guest houses and liveaboards spread out across the country.

Tourism to Maldives had been dominated by European arrivals throughout the 70’s, 80’s and early 90’s, although this trend had begun to show a significant change with an emerging Asian market, mainly from China and Japan and also from the America’s. This had a direct impact on airlines as they sought to tap into this growing market. Scheduled airlines started carrying passengers from Asia, including seasonal charter flights. Now an increased number of tourists were arriving from Asia, Europe, Americas, Oceania and the Middle East. Airlines from all these regions started operating or if they already were, increased t 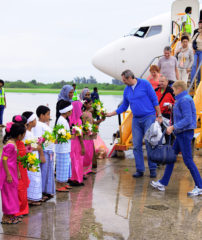 heir frequency to the Maldives.

Srilankan Airlines is notably a longtime friend of the Maldives. They have had their presence in the country on an official capacity since 1979, formerly operated as Air Lanka. Tourism owes a portion of their success to the airline as it has brought in guests continuously since then. Originally it was tourists from Europe who flew to Colombo to get to the Maldives, or as charters. As their fleet expanded Air Lanka – and subsequently Sri Lankan – started daily flights to the Maldives in the early 90’s and now as stated by the Area Manager for Maldives and Sri Lanka, Mr. Dileepa Wijesuriya, ‘with the Srilankan Airlines fleet of 5 flights a day, 37 flights a week, Maldives enjoys the most number of passengers from its global destinations’. This is quite impressive as the airline is a major global leader in aviation ‘with a global network of 89 destinations in 44 countries”, according to Mr. Wijesuriya. The main markets coming via the airline are from South and South East Asia, Europe, Australia and the Middle East.

Similarly Singapore Airlines has been a close companion of Maldivian tourism. Starting operations in 1984 with 81 holidaymakers from Amsterdam and Zurich, the airline has proved to be a constant source of tourists to the country. Although the airline initially intended to bring in mostly Europeans, changing global trends has set them firmly, at least for the time being, as one of the major carriers bringing in tourists from China, Korea and Japan. Singapore Airlines began operations on a weekly schedule but now operates twice daily flights to meet the growing demand.

A more recent arrival to the Maldives, Qatar Airways, is a success story worth mentioning. Starting off operations with 3 flights per week in 2001, the airline now has double daily flights. With a vast fleet of modern aircrafts and 145 destinations, Maldives is connected via Qatar Airways to all corners of the world. Most leisure travelers the airline brings in are from Germany, France, UK, Italy, Qatar and Saudi Arabia. “The airline has a dedicated mission to attract more customers,” said Commercial Manager to the Maldives, Mr. Kaminga De Zoysa. “Maldives is definitely one of the most popular tourist destinations in Qatar Airways’ route network. We are confident in bringing in more and more tourists to Maldives in the coming years as we continue our route expansion strategy to meet the growing needs of our passengers.” 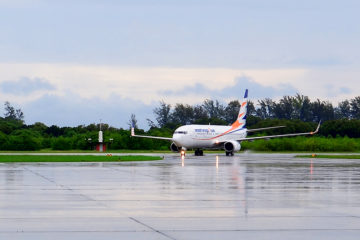 With the onset of the virtual era, tour operators have evolved and in some cases have lost the powerful role they played in tourism. Airlines are taking advantage of this and many airlines have their own holiday packages which assist in attracting the leisure markets. Amongst them, Emirates Holidays, Mas Holidays and Srilankan Holidays are selling successful packages to the Maldives all over the world. This has enabled more control for the airline itself, and to the customer, as it cuts out the role of the middle man. Also the onset of web based tour operators such as Agoda are global forces which makes it easier for customers to choose a package and then book tickets from the online booking systems offered by airlines. The adaptability of airlines to modern trends has proven beneficial to global tourism and in turn, Maldivian tourism.

The significance of charter flights to Maldives’ tourism industry cannot be underestimated in any review of the sector. Ever since an international airport was developed in the Maldives, charters have proven to be one of the most reliable sources of tourists. Major tour operators work in conjunction with airlines and some of them even have their own fleet of aircrafts. Maldives is a beneficiary of this as world leading charters bring in thousands of tourists yearly. Most of these are from Europe, such as First Choice, Edelweiss, Transaero, Volare, Belair, Neos Spa and many more. There are local agents who have been working successfully with foreign tour operators to arrange packages with hotel and air transport.

Splendid Asia, an established tour operator in the Maldives, has been has been serving a large clientele with working relationships with major European tour operators, has been successful organizing charter flights to Gan International Airport the southernmost atoll Addu. ‘Charter flights are vital to the tourism industry as it provides a consistent flow of tourists,’ said Ahmed Abrar, Marketing Manager of Splendid Asia. Underlining this claim is the fact that the Maldivian flag carrier Mega Maldives is also a charter based operation, mainly flying tourists from China to Maldives.

According to Abrar, they are unable to cater to the demand for charter flights from travelers because of the limited number of three to four star category rooms available in the country. Despite this, Splendid Asia successfully organized a charter from Prague to Gan International Airport in 2014 and is set to begin operating a charter from Denmark to Gan beginning from January 2015.

As we explore the development of these two industries it is glaringly obvious that it is an irreversibly interdependent relationship. One simply cannot survive without the other. The success and growth of one industry inspire growth and progress of the other. 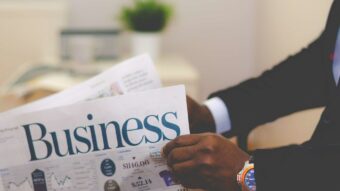 Setting Your Business Up for a Post Covid-19 World

In our work with Perspective Pvt Ltd and Hotelier Maldives over the last seven years, we were fortunate to work with a number of businesses big and small. While we were able to meet some or all of their marketing requirements, the interaction with these companies also offered us many lessons.  Please note some of […] 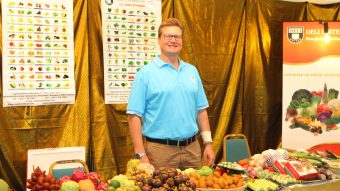 At the Hotel Asia Exhibition 2014, which took place during last September, Hotelier Maldives met with Mr.Andrej Wicke, the Executive Director of Deli United, a German majority owned company, based in Bangkok, Thailand. DELI UNITED has been involved in the resort supply business since its establishment in 2010. “DELI UNITED supplies A-Grade quality fresh fruits and vegetables from Thailand along with a wide array of resort equipment of all kinds. These include decorative.. 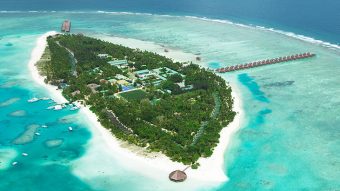 Training: Diary of an Intern

It’s July. Exams are over and a long awaited summer approaches. But for many undergraduates in the UK it is not just a time to relax but also to apply their newly embedded knowledge to the valuable experience of an internship.