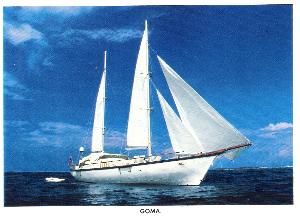 The Craft and Science of Boat Building

By definition, a liveaboard or a safari boat is a boat designed for people to live aboard it. It provides the opportunity to be mobile, while allowing its boarders an unrivalled access to water and all the activities and adventures that come with it. So how important is a design of a boat when it comes to the safety of those on board? And how does it relate to how much a person enjoys a liveaboard experience? 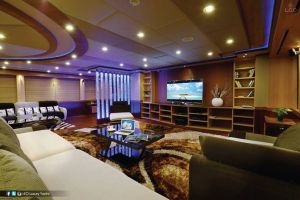 According to Philippe Laurella, a long time boat builder and a veteran of the Maldivian liveaboard industry, “for sure today the guests who come to the Maldives for safari trips are sensible about the design of the boat and the interior arrangement, and often, when they stop somewhere, they look at the other boats around, and comment about the differences between the boat on which they are on and the other boats around.”

Naval architecture is the field that deals with the design, construction, maintenance and operation of these vessels. “It’s about designing and building boats, not so much the interior of the boat, but the vessel’s hydrodynamics. In reality, the boat’s interior design is more to the satisfaction of the owner, but outside, the hull itself cannot be as the owner wants,” says Ahmed Wajeeh, Managing Director and Senior Consultant Naval Architect at Optimum Solutions Pvt. Ltd.

According to Wajeeh, the design process of a boat starts with the owner’s requirement and an initial concept design. Then, the work of hull definition takes place, followed by the working out of the vessel’s hydrostatistics, weights, powering, stability, structures and arrangements. The design then once again goes back to the owner and a preliminary design gets done after the necessary changes are made.  After this, the process goes about in more circles until finally, a detailed design of the boat is done.

“In all this, safety should be kept in mind”, says Ali Hassan, Managing Director and Chief Naval Architect of Maldives Marine Services Pvt. Ltd. For a vessel to be safe, stability is an important factor. “The closer the centre of buoyancy of a vessel is to its centre of gravity, it becomes stable. If these two points are too far off, the ship becomes unstable and it tends to overturn”, says Wajeeh while explaining the procedures used by naval architects in ensuring a boat’s safety. Although these two points need to be close together for a boat to be stable, according to Wajeeh, if these two points are too close together, the boat’s rolling movement becomes too jerky and the experience would then become very uncomfortable for the boat’s passengers, and therefore the key is to find a balance.

According to Hassan, Maldivian boat building has its own special characteristics. “The raised bow and curved tiller arm are two special features of Maldivian boats. This is how you can identify a Maldivian boat, even when it’s adrift”, he says. Boat building in the Maldives used to be done without any drawings or plans.

A head carpenter would simply give out the instructions and measurements to the other carpenters. According to Wajeeh, Maldivian traditional boat builders used timbre, which was the only boat building material that was readily available to them back then. However, the timbre found in the Maldives is not the most ideal for boat building. “We made the hulls of the boats from coconut timbre and coconut timbre is not used anywhere else in the world in boat building. However, there is no other tree in the Maldives from which we can get that amount of long straight wood. So that’s why we say that the length of the boat is dependent on the height of the tree”, says Wajeeh. According to him, while there are not many trees that grow tall in the Maldives, even those that grow tall have bends in their shapes and this is the fact that has limited the size of ancient Maldivian boats to a maximum of about 50 feet.

When the liveaboard industry kicked off in the Maldives, it was these traditionally built and non-mechanized vessels that took tourists out to the sea. “At the beginning, mainly, the safari boats were derived from the ‘dhoni”, says Laurella who built his boat Baraabaru, which was one of the first safaris to be constrcuted in the Maldives. He was inspired from the traditional ‘bahtelhi’ design in the Maldives. “The evolution of boat construction lead to the standardization of the design, especially for the safari boats, and today, they look like something similar to a mega yacht but in a smaller size”, he says.

These initial wooden sailboats soon became mechanized and Maldivian boat builders found the need to look into other building materials. “When the construction was done by only using wood, it looked nice, but the problem was maintenance. Year after year, the (maintenance) cost becomes higher and the time that the boats spend stocked on the dry dock becomes longer”, says Laurella.  According to him, the solution was to build boats from fibreglass, a material that would provide a waterproof boat without any infiltration of water. According to Wajeeh, “the most important factor to consider when selecting boat buildi

When it comes to tourist enjoyment on a liveaboard vessel, Laurella describes the most important part of the boat to be its kitchen. “After that is space, there must be enough space on the safari boat, especially on the quarterdeck and the main deck, and it must be comfortable. For me, luxury is simplicity and the guests want to relax.  They are here on holiday and they want to forget their stresses at home”, he says.

While boats, especially the ones that are built to carry tourists need to look good; they also need to be safe, stable and hydrodynamic. Hence, this is a trade where attention has to be paid to both mathematical accuracy and aesthetics. “Boat building is both a science and a craft”, says Hassan. “These two components are intertwined. It cannot be done without science or craftsmanship”. 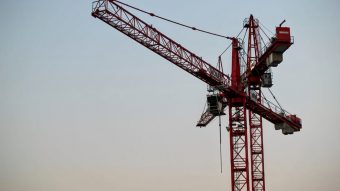 Positive Outlook Maldives Association of Construction Industry (MACI) has forecast a positive outlook to the hotel and resort development sector in the country, attributing positive projections of the whole construction industry to new policies and innovative solutions. MACI recently held a ‘Seminar on Construction Industry Challenges and Possible Solutions’, which saw the participation of its […] 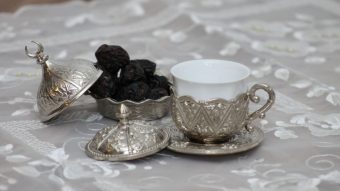 The holy month of Ramadan is a period of prayer and fasting for Muslims all over the world. In the Maldives, most cafés and restaurants, except for a few open for expatriates and tourists, are closed during the day as Muslims abstain from both food and drinks until sundown. Sunset every day is a time […] 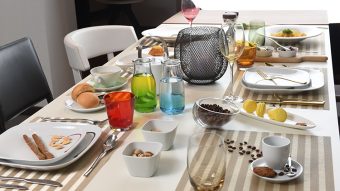