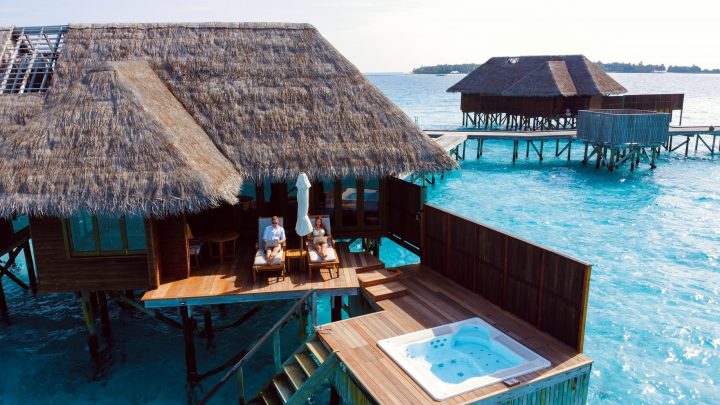 Visitor Numbers Take Top-flight in 2021, Ready for the 50th Anniversary of Tourism in 2022

As 2021 draws to a close, tourism in the Maldives is flying high and thriving, despite the Covid-19 pandemic. From 1 January to 25 November 2021, there were 1,126,539 arrivals to the Maldives and 29th October 2021, was the date that the archipelago reached its one million visitor target. Emerging as the top market five markets this year are India, Russia and Germany, USA and UK, according to the Maldives Ministry of Tourism.

With 2022 being the 50th year of tourism, hopes are pinned on visitor numbers continuing to follow this upwards trajectory. Yoosuf Riffath, CEO of Capital Group of Companies, tweeted: “A successful winter period for 2021-22 is predicted due to an estimated 90 to 95 per cent occupancy. This is absolutely the hard work of related government bodies and private institutions. The future looks bright. Completion of the new (airport) terminal is thus critical to keep up the momentum.”

This view was echoed by Martin van der Reijden, Managing Director of Cora Cora Maldives, who said: “At Cora Cora we feel blessed to have started so positively with the opening in October and we are (cautiously) optimistic that this trend will carry us through in 2022 with already very solid occupancy numbers for the first six months of the year. Presently, half of our guests are coming from Eastern Europe and the other half arriving from a mix of Western European and GCC countries.”

There is no doubt that the Maldives was impacted by the Covid-19 crisis given its reliance on international travel. As a result, the country saw significant changes in the top source markets since 2020. Tourists from mainland China dropped by 87.9 per cent in 2020 as the nation is one of the earliest to be imposed with a travel ban in early 2020, according to JLL, who have released a Hotels and Destinations report.

Since the reopening of the borders in July 2020, international arrivals have been on a recovery trend. Initially, the Maldives attracted strong demand from Western European, Russian and Middle Eastern countries where travel restrictions have largely eased due to high vaccination rates. This enabled a strong rebound in visitation, leading to significant improvement in the Maldives upscale and luxury hotel performance, as travellers sought a getaway amid the pandemic. This pent-up leisure demand supported the overall growth and recovery in the market,’ the report says.

One of the major changes in 2021 is the UK tumbling from the top three to number five and Italy missing out on a place in the top 10, entirely and the report says ‘the tourism industry is expected to remain as the key driver of economic growth in the short to medium term, with rising visitor arrivals boosting demand and robust interest from international investors to support developments in the tourism industry.’

The Government’s initiative to implement the ‘One Island, One Resort’ policy has made the Maldives unique relative to other resort destinations in the world. The Maldives international visitor arrivals in September peaked at 820,862 and at that time there were 808 rooms in the country, according to the JLL report. On average visitors paid an average daily rate of $578 per night. With one of the highest concentrations of luxury resorts in the world, the Maldives has established itself as the leading destination for lavish beach resort vacations.

The Ministry of Tourism registered 155 resorts with 36,832 beds and 10 hotels with 1,360 beds operating as of August 2021. New openings in 2021 included Patina Maldives with 110 rooms, Ritz Carlton Maldives Fari Islands (100 rooms) and Siyam World in Noonu atoll (449 rooms) to name but a few. Approximately 2,802 new rooms are expected to complete between 2021 and 2024. Among these upcoming rooms is the new Oblu Xperience Alia in North Male’ atoll promising 350 rooms and Oblu Select Lobigili set to open in Baa atoll with 220 rooms in 2022. 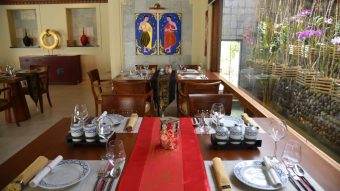 Only a brand like Kurumba can make a word like ‘pioneer’ seem overused and drab in comparison. Though they wear the title of being the first five-star resort in the Maldives well, Kurumba is so much more than that. Perhaps their greatest accomplishment is that amongst one of the most thriving hospitality industries in the […] 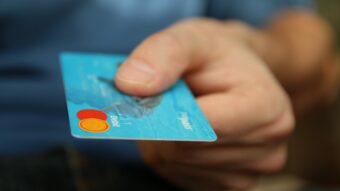 Hotels owners across Asia are seeking greater access to debt financing to bolster cash flows as they face an unprecedented period of historically low occupancy rates, closed borders and severe limitations on air travel due to the ongoing COVID-19 pandemic, says JLL. The impact of COVID-19 on the hospitality industry across Asia continues to be […] 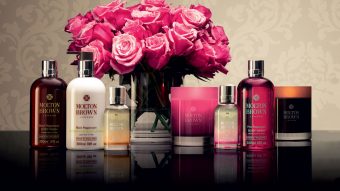 Molton Brown: Welcome to the world of luxurious fragrance

From their first store in London’s upmarket Mayfair to luxurious destinations across the globe, Molton Brown blend unique and exotic bath, body and home fragrances.  Since 1973 Molton Brown have been famed for their innovative and memorable scents and are the creators of Britain’s first luxury fine liquid hand wash. They are also a proud […]