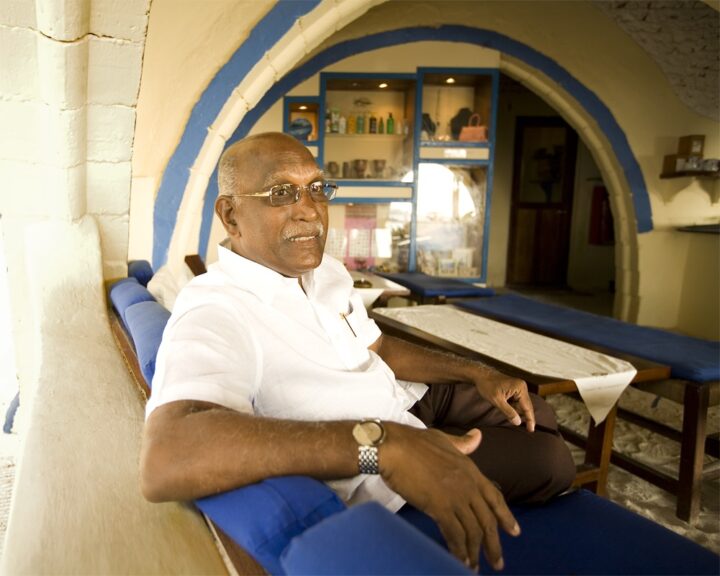 Mahmood Shujau was studying for his O’ levels in Sri Lanka under the supervision of the Maldives government when he was transferred back to Male on short notice in 1969. He went onto complete his exams in Male and took on a number of jobs in the government. His public service roles included Air Traffic Controller at Male’ International  Airport, Radio Officer  on board a ship  owned by Maldives Shipping Limited, Manager at the Central  Hospital in Male , In-charge of Air Maldives, Assistant Director of Radio Maldives, Assistant Director  of Information & Broadcasting , Under Secretary  of  External Affairs, Joined the  Department of Tourism and Foreign Investment  in 1980 as Assistant Director Tourism and foreign investment, promoted  as Deputy Director  and then  to  Director of Tourism and foreign investment and Director of Tourism. He left public service in 1987 to join the private sector in the Tourism and Hospitality industry as General Manager of Nika Island Resort. He joined Villa Hotels as a pre-opening Manager of Paradise Island Resort   and continued to serve as General Manager at Paradise Island Resort and Spa for seventeen years before moving back to Nika where he is presently the GM. Shujau is now a true veteran of the industry, with his extensive experience in the administration of the Tourism sector, setting up the hotel school and one of the first to represent the country in travel fairs (BIT Milan) and ITB ( Berlin).

HM: What were the main challenges when you joined the industry as a GM at Nika Island Resor

MS: At the time, the biggest challenge was to find trained personnel to work in the resorts. It was much more difficult than at present. Most of them we had to recruit from the atolls and the training they had was on the job. And there was also an absence of marketing and promotions activities from the resorts. Tour operators looked after this and we did not travel abroad (for marketing and promotions). One of the first travel fairs Maldives participated was the BIT Milan where myself and Mr Bellazzi , Owner of INTRAVCO  and  PENT HOUSE Travels, Milan   attended this event. We were the first to attend BIT to represent the Maldives. We obtained a stand at the event with our own efforts.

HM: What about the logistics of supplying the resort?

MS: It was very tough; we had dhonis with no proper covering for the goods. There was no refrigeration even at the airport. We incurred a lot of damages while transporting goods to the resort. They (goods) would be initially stored in a warehouse at the airport, with no proper refrigeration facilities. But then, the number of supply items were also very limited at the time.

HM: What about tourist transfers?

MS:  We mostly transferred tourists on speed boats operated by Sea Tacks. They were  half cabin Fairy Marine boats .By  the time  they arrive on the island, they  are  badly sun burnt and  also black  from  the black smoke  emitted by the engines on these boats  as  they were not properly maintained. There was no shelter on the boats, when it was raining or there was strong sun light the guests had to bear with these elements. Sometimes, the boat stopped on the way, and we have had to wait on the sea even after sunset   in the dark. There were no backup service available easily.

HM: What were the main complaints by guests at the time?

MS: Guests did not complain then… at least not the complaints we receive now. The reason for this was the guest’s expectations were also very low. Maldives was perceived as a remote destination and so their expectations were not high and they do not desire any TV, Radio, hot and cold water nor desalinated water and even with food, they expected the minimum. For example, we will give a small serving of fish, carrot and beans as a main meal. And for dessert, we gave pineapple and bananas. Not unlike now where we have many types of fruits and a separate pastry buffet with every meal. As such, due to lower guest expectations the complaints were minimal. With the rooms also they did not find much to complain about. All they required was a bed to sleep in and a toilet and facility to have showers.

MS: These days it is impossible to run a resort without the staff acting as a team.  Say for example, Front Office… there is Front Office and then F&B, House Keeping, Entertainment, they are all connected. So everybody needs to work as a team to complete a task. So information flow also has to be very strong, unlike earlier. Even the gardeners will need to know arrival times of guests, etc. Because they need to clean the area of the room, the launch drivers, boat crew… they all need to know the arrival times of guests so they can be prepared and ready for the guests. So communications also has to be very strong and team work is essential now. It’s much more important now than before. So our training now is mostly based on Customer Care. Even the gardener should know how to greet the guest and be helpful. Sometimes a guest may be walking on the island and come across a gardener and ask for a direction to the restaurant. Hence the gardener should be able to direct the guest to the restaurant.

HM: What do you think has been a critical factor in the development of the tourism sector in the country?

MS: The success of tourism in the Maldives is due to the ‘one island, one resort’ concept and limiting the holding capacity. This is unique in the Maldives. The tourists have the feeling that they have a private island and feel secure as they don’t get any interference from hawkers. Maldivians are also friendly people and that is also a critical factor for the sustainability of the industry. 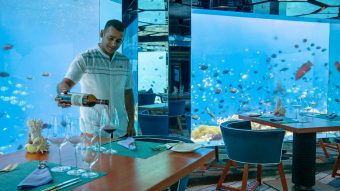 Continuing with our theme from International Wine Day on 25th May 2021, we are profiling some of the most experienced Sommeliers working in the Maldives over the next weeks. Arunkumar Tamilselvan is a senior Wine Guru at Anantara Kihavah Maldives Villas. Hailing from India, Tamilselvan’s thirst for knowledge fuels his passion for wine and wine […] 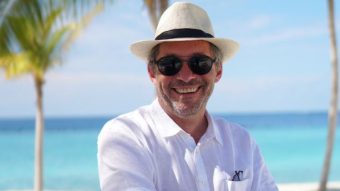 With his remarkable contributions in the successful development, opening and management of five-star hotels, Frederic Perrin is an exceptional leader in the Hotel Industry; pulling-off effective business success strategies. Along with a rich background and intensive knowledge of the industry, Frederic has comprehensive experience in driving hotel administration projects. Stretching his service closer to four […] 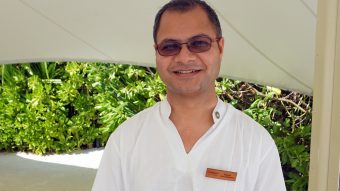 A Day in the Life Of: Kamal Malik, Chief Sommelier at Conrad Maldives Rangali Island

For the latest edition of ‘A Day in the Life Of’, we speak to Kamal Malik, Chief Sommelier at Conrad Maldives Rangali Island.